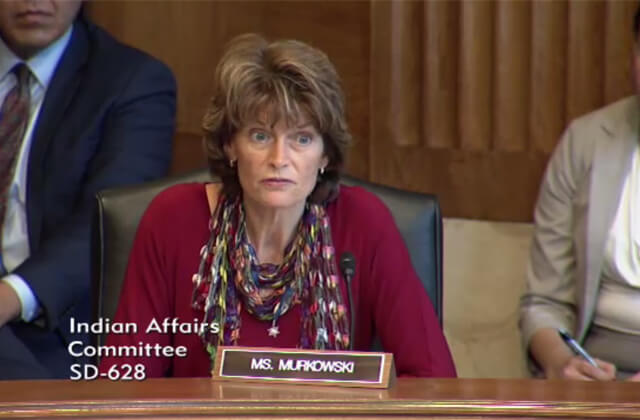 Sen. Murkowski’s uphill battle with the Federal government regarding the Indian Health Service heated up yesterday.

During the oversight hearing on “The President’s FY2016 Budget Request for Indian Programs,” Sen. Murkowski blasted Yvette Roubideaux, acting director of INH and senior advisor to the Secretary on Native Americans and Alaska Natives. The Senator refused to recommend Roubideaux and said she’d recommend “new leadership” at the agency.

Alaska’s rural living costs, according to the Senator, are nearly double that of urban areas and isn’t reflected in the budget for health services and income eligibility. This isn’t the first time Sen. Murkowski has blasted the agency. For Alaska health care professionals, work with the Indian Health Service is critical, especially in rural, critical-access settings.

I’ve been asking to work with the administration for a couple years now in partnership and, yet, it seems like I’m having to fight the administration on staffing packages, on contract support costs, on base operational funding for village built clinics. We have this conversation every single time.

We’ve urged your leadership on an administrative fix to the definition of “Indian” in the Affordable Care Act to confirm the definition with Medicare & Medicaid.

I’ve worked to safeguard the Indian Health Service from sequestration and to be treated as other federal health programs but, at every turn, I’m not getting that partnership, that assistance from your side.

There remains, in my view, no leadership in the Administration in advanced funding for the IHS.
– Sen. Murkowski, Alaska (Committee Meeting)

Sen. Murkowski’s comments pick up around the 54:20 mark: