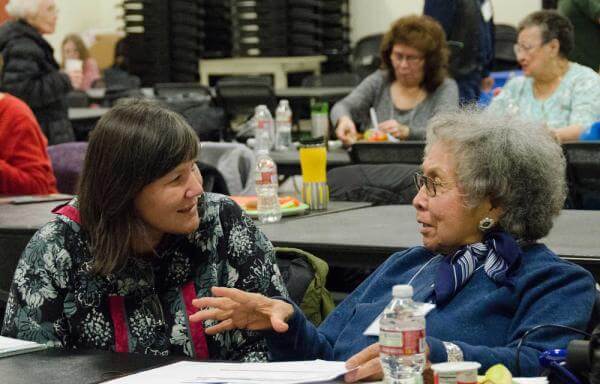 Despite a host of fiscal, policy, and implementation challenges facing policymakers in Juneau, Governor Walker and DHSS remain confident that Medicaid expansion will be completed by July of this year. Department staff acknowledged that the current Medicaid system continues to experience a backlog of claims, resulting in delayed and/or inaccurate payments to providers. The staff made assurances that addressing these issues is a top priority. Nevertheless, this brought concerns from audience members, wondering how the state can effectively expand Medicaid given its struggle to serve the current population. Ashenbrenner and Martin maintained that these reforms will not happen until expansion—and the additional federal fund to support such efforts—occurs.

In preparation for the expansion, the Department has commissioned multiple reports on the potential impact the transition would have on Alaska’s economy. The Lewin Group’s report concluded that expanding Medicaid would cost the state less while bringing in approximately $2.9 billion in additional federal support between now and 2020. Northern Economics’ report found that expansion would improve economic output across the state while providing health care for 40,000 uninsured Alaskans. A third report from Evergreen Economics is expected soon.

Despite these reported long-term benefits, declining gas prices continue to put pressure on the near-term costs of expansion. The Department is identifying offsets in several areas including Corrections, and Chronic & Acute Medical Assistance (CAMA). In all cuts, between five and eight percent will help create the offsets necessary to fund the expansion.  With the legislative session beginning next week, the Governor and the Department will be working with legislators to build support for these offsets.

The Department will continue internal efforts to implement Medicaid expansion while the legislative session progresses. DHSS has identified nine entities interested in an upcoming Request for Proposal (RFP) from the Alaska Mental Health Trust Authority. This RFP is intended to provide for the technical assistance necessary to take the state from Medicaid expansion to Medicaid reform.

Many stakeholders remained skeptical of the state’s ability to meet the ambitious timeline of expansion. Attendees did, however, acknowledge the need for decisive action and will likely remain engaged with the Department’s efforts moving forward.