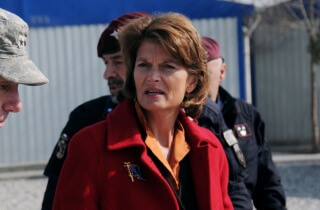 Last month, U.S. Sen. Lisa Murkowski sent a letter to Richard J. Griffin, Acting Inspector General of Department of Veteran Affairs in Alaska, requesting the Office of Inspector General (OIG) to investigate. The primary focus was Anchorage VA Outpatient Clinic waiting lists, a part of the larger crisis that we’ve covered previously. The second issue concerned quality of care at the Wasilla Community Based Clinic (CBOC). In both cases, Alaska veterans could not receive the appropriate care due the scheduling issues.

“Veterans have long complained about scheduling issues at the clinic which was assigned only one provider. That provider resigned this spring and there are currently no permanent providers assigned to the Wasilla CBOC,”

Last week Alaskan veterans had a meeting with U.S. Sen. Lisa Murkowski in Wasilla, AK. Alaska Dispatch News (ADN) informs that the veterans expressed their frustration with the clinic.

Senator Murkowski stated in the ADN that “It should not take an act of Congress to get our vets good care.”

The report Murkowski ordered for the Wasilla clinic has a due date of Feb. 1, 2015.