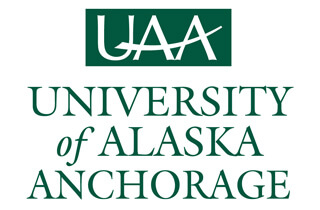 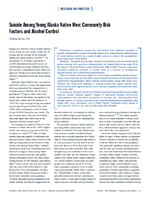 Since the 1960s, suicide rates of Alaska Natives have increased to nearly four times the US average. Generally, these deaths involved alcohol, either directly or indirectly, and it appears that some communities have used Alaska’s local option law to prohibit alcohol in an attempt at prevention. Although prohibition as alcohol policy has been found to reduce interpersonal violence and other poor health outcomes, Dr. Berman’s study finds that this response does not result in any mitigating effect on suicide rates.

Because Dr. Berman’s research was focused on community risk factors, the question is really what can the community do to mitigate the risk of suicide? According to this study, alcohol prohibition or other alcohol control is an ineffective prevention policy.

Instead, protection against suicide can be found through more job opportunities for Alaska Natives in the modern economy as well as the ability to retain a strong traditional presence in their communities. But Dr. Berman found that these solutions are very much out of the community’s control. He says, “My study essentially confirms why the problem seems intractable.” Economic opportunities for rural Alaska Natives are oftentimes a catch-22: many communities lack the resources to create more job opportunities and the lack of jobs results in fewer economic resources. Although communities with evidence of a strong presence among elders to bridge generations have a lower suicide rate, communities do not have enough control over the influences that create intergenerational language barriers. School districts and state policymakers would need to step in to ensure the younger generation is learning the indigenous languages of their elders.