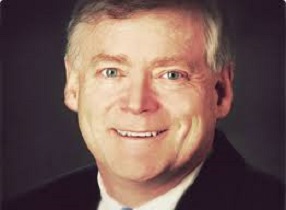 State of Reform’s DJ Wilson sat down for an interview in early February with Mead Treadwell, Alaska’s lieutenant governor and a candidate in the Republican primary to challenge incumbent Democratic Sen. Mark Begich in November.

The interview, which Treadwell said is the longest interview on health care that he’s ever given, is broken into four parts.

Part one covers turning points in Treadwell’s life and career, including personal experiences that have influenced his views on health care.

In part two, Treadwell discusses why he thinks the Affordable Care Act should be repealed.

Part three touches on Treadwell’s opposition to Medicaid expansion under the ACA as well as the mass shooting at Sandy Hook Elementary in Newtown, Connecticut — Treadwell’s hometown — and how that has shaped his views on mental health care.

Here, in part four, DJ turns his questions to Treadwell’s campaign for the U.S. Senate.

The campaign is going well.  I’m doing well in the race.  Many people believe that we have to replace Mark Begich.  I’d say the majority of Alaskans don’t support Barack Obama’s policies.  Mark Begich has supported his policies 97 percent of the time by a Congressional Quarterly accounting.  I feel very good about the primary and very good about the general [election].

DJ:  Tell me about the primary.  How do you differentiate yourself vis-à-vis [Commissioner of Natural Resources Daniel] Sullivan and [2010 GOP Senate nominee Joe] Miller?

Purely and simply, I am a conservative who has worked to put conservative principles into practice in Alaska for the past 40 years.  And whether it has been fighting for our statehood rights, whether it’s been trying to bring decision-making home, we have a track record where we’ve worked on that.  I’ve been very active in the civic community.  I’m the only businessman in the race.  I’m not a lawyer.  I have raised my three kids in Alaska.  I have worked through the process of starting businesses.  I understand what it’s like to go through government permitting.  My experience in government is such that I have worked at the local level, the state level and the national level, getting things done for Alaskans, and I believe Alaskans know that.

In any campaign for statewide office, one of the first groups you go to is people at home. We’ve gone both to the grassroots as well as the traditional business contributors who can contribute $2,600. We’ve raised a lot of money in Alaska.  In the last reporting period, we’ve raised it from hundreds of new donors and my opponent has virtually raised nothing in the state.

What I’ve got is a substantial network in Alaska that is much better than my network in Ohio.  Dan’s network in Ohio has helped him raise the first slug of money.  The national guys use that as a barometer.  The barometer I care about is how many Alaskans are going to come out and vote for an Alaskan.

We’re very much in touch with our crowd.  We’ve got, literally, tens of thousands of Alaskans who’ve liked us on Facebook and are supporting us.  We’re going to continue having a very strong campaign there and people who want to invest in this race.

When I say nationally, a lot of people look at this race as one of the pivotal races in control of the U.S. Senate.  We’ll take a look at what we’ve got at home and our strength in the polls at home.  I think we’ll do okay.  I definitely believe we are going to win.

DJ:  You will be, if elected, one of the few members of the U.S. Senate, maybe the only, who will have been part of an administration that has gone through part of this implementation period and now will serve in the U.S. Senate.  Tell us the two or three principles that you will bring to those policy discussions when in the Senate.

First off, Congress has its own arrogance when they don’t listen to the states. I’m running against a Senator named Mark Begich who has actually made a huge habit of not consulting with the state of Alaska before he puts his name on a bill.  It can be anything from elections to health care, to financing arctic ports.  He prides himself on putting forward his own ideas and not talking about it with the people at home who have similar responsibilities and work for the same people.

I don’t believe that Congress should be making laws that are taking power away from the states. I think we need to be empowering the states, in this federalist system we’ve got, to find ways that make it work in their areas.

Part of the fight over Medicaid expansion was essentially getting people on more than one government program.  Why we can’t sort that out is a mystery to me, and I just don’t accept the answers I’m hearing.

If you’d like to read more, part one covers turning points in Treadwell’s life and career.

In part two, Treadwell discusses why he thinks the Affordable Care Act should be repealed.

Part three touches on Treadwell’s opposition to Medicaid expansion and his views on mental health care.