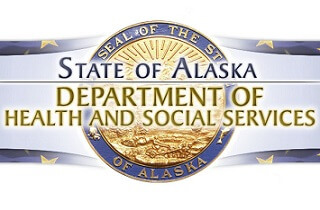 The state’s Medicaid director, Margaret Brodie, told legislators at a House hearing on Jan. 27 that reining in these ER “super utilizers” is a primary cost-control strategy that the Department of Health and Social Services is pursuing.

“Super utilizers” are defined as people who use hospital ERs for non-emergent care at least four times per year.

A recent study found that about 25 percent of ER utilization by Medicaid beneficiaries is in one “hotspot”—the neighborhood of Mountain View in Anchorage, Brodie told the health and social services finance subcommittee.  Mountain View is in northeast Anchorage and borders a military base.

There is no health clinic in that area, Brodie noted.  “The closest provider is Alaska Regional Hospital, and it happens to be right on the bus route. So that is where they get their primary care.”

Brodie said the Department is looking for ways to redirect super utilizers to appropriate settings for primary care.  The plan includes working with Alaska Regional Hospital and the state’s public health system to see if there is a way to provide “some sort of health care in that area,” she said.

The Department is under pressure to contain growth in Medicaid expenditures, with Gov. Sean Parnell calling for the state to restrain spending across the board in FY 2015.

The Governor’s budget proposal calls for an increase of about $8.2 million in FY 2015, Brodie said.

The increase was initially going to be about $16 million, noted the subcommittee’s chairman, Rep. Mark Neumann, R-Wasilla.

He asked Brodie how that increase was reduced. She responded that each of the divisions had made cuts, largely by eliminating certain staff positions.

“The Department will still be providing the same level services we do now,” Brodie said.

Legislators urged her and Craig Christenson, deputy commissioner for Medicaid and health care policy, to continue to find efficiencies in the budget to reduce cost growth.

The average cost per Medicaid recipient under age 17 using psychotropic medication has also dropped during the same period, from nearly $1,600 to less than $1,300 per year. (slide 8).