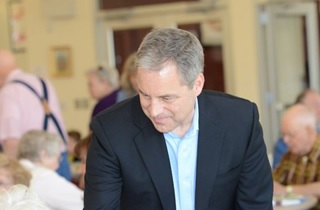 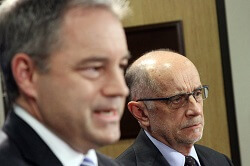 Alaska Governor Sean Parnell announced Friday that his state will not expand Medicaid under the Affordable Care Act after a report estimated that it would cost the state about $200 million over seven years.

“I believe a costly Medicaid expansion, especially on top of the broken Obamacare system, is a hot mess,” Parnell said in a news conference on Friday. “The bottom line is: Obamacare failed to launch, is failing to deliver on its promises, and remains in disarray. We simply cannot bail out this failed experiment by expanding Medicaid.”

“It is not my intention here to create an economy revolves around Federal dependence,” the Governor stated. “I think Alaskans are more independent than that. I also think we have less at risk if we don’t take that money, but instead craft a more specific solution for the specific problems we do have.”

The Governor highlighted a major reason in not expanding Medicaid through the federal government’s blanket approach: access. Parnell addressed a systemic issue in the Alaska Medicaid system that would not be solved with more one-size-fits-all funding: access and uncompensated care go hand-in-hand.

“It’s about access to healthcare and whether people at 138% of the federal poverty level have access and to what extent. They do at least have access to primary care, emergency rooms, to mental health, behavioral health, and substance abuse treatment. There are some gaps in there that they don’t have access to, but what I have found is that the Medicaid expansion provides relief for some of the uncompensated care that is being provided, but with no discernible financial relief to Alaskans whose insurance policies are going up or losing their insurance policies, and who are already paying for an escalating unsustainable Medicaid system. Those were some of the factors that I weighed,” the Governor answered.

His end recommendation is to work towards the specific needs of access that are not being met, while addressing issues that providers have of uncompensated care.

Governor Parnell, when questioned on if he tried to negotiate a more effective Medicaid system for Alaska with the federal government, like the one in Arkansas, he replied:

“I personally approach Secretary Sebelius last February, and asked for flexibility in this. I asked if we could expand Medicaid to 100% of the federal poverty level with our own means and then be reimbursed, and the answer was no. Governor Bebe of Arkansas had just been in, so that’s a model to look at, but we really do need more flexibility to address the specific needs of Alaskans, rather than an overwhelming amount of federal dollars coming into the state to solve, in search of a problem of that magnitude. I have committed to Alaskans and to these providers that we would work to address the gaps in access as well as some of the uncompensated care issues.”

Despite opting out of expanding the program, Alaska’s Medicaid spending will increase by $11.1 million and $39.9 million over the next seven years, the study found.

Parnell said he would create a state commission, the Alaska Medicaid Reform Advisory Group, to develop a plan to stabilize Medicaid costs, increase efficiency, and improve care delivery. He also directed Alaska’s Health and Social Services Commissioner to report on the status of thousands of Alaskans who are eligible for Medicaid but have not yet enrolled.

A full copy of his press release with expanded explanation on the criteria that framed this decision can be found here.