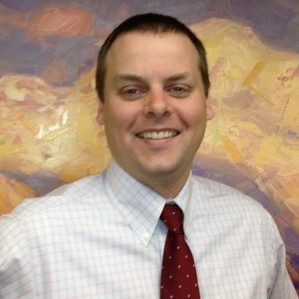 Jason Gootee is the most senior executive for the ODS Health Plan in Alaska.  He joined us for an interview to talk through how ODS is approaching the coming exchange marketplace, and what ODS has learned since opening its office in Alaska in 2004.  Part one of this two part interview can be found here.

DJ:  Is expansion something on the ODS radar screen as the exchanges unfold?

J:  I think it’s certainly something we’ve considered.  We’re always looking at possible growth strategies to make our company better.  It’s why we came to Alaska 9 years ago because we saw opportunities here, and we continue to look for opportunities outside of the three states that we already serve.

One of the beauties of Moda Health is that it doesn’t stand for anything.  If we were to expand into any other state, going in as Oregon Dental Service wouldn’t go over so well.

DJ:  Do you think ODS will have advantages in the exchange marketplace because of your work in Oregon and Washington?

J:  We’re fortunate in many ways, as you know, Oregon and Washington are already well down the line on the exchange, so we have an internal implementation team that has been working diligently on those states.  They’ve been focused on getting us ready.

I’ve been involved in that on the periphery as it relates to those states, but obviously I will be heavily involved when the time comes to look at Alaska later this year.

DJ:  What are you hearing from brokers and employers about the general state of things here in Alaska as they get ready for the exchanges?

J:  I hear a lot of anxiety from our broker community, and I think a lot of them are truly worried about the future and how brokers are going to fit into the new world order of health care.

As a carrier, we’ve always tried to be as much of a resource for them as I can on health reform.  We certainly have no plan to cut out brokers – we wouldn’t want to do that anyway.  They are an integral part of what we do.

As of right now, a lot of brokers, I don’t want to say they don’t know what’s going on because that’s not the right term, but with so much uncertainty, they aren’t sure what to think about how it’s going to affect their own careers.

My advice to them is that we want to continue those relationships.  Truthfully, I think there will be a place for the broker community in the exchange world.  It might be a little different but health care isn’t going to get any less complex with the advent of exchanges, and what brokers do in many regards is make that world less complex for their clients.

J:  That’s an interesting question.  There are a number of angles you can take on that one.  I do think it’s an issue our community is going to have to address as a whole in the coming years.

From a provider’s standpoint, I’m not going to kid you, there are tremendous challenges in working with providers to get cost under control.

We want to not harm any of our members when they see a non-contracted provider.  That’s why we treat our PPO as a soft PPO so that you can go see any provider within the state of Alaska, and it will be treated as an in network benefit.

Truthfully, I don’t think anybody is quite sure how to address the cost issue in Alaska just yet.  As you know there has been a big push towards medical tourism arena in recent years for bigger ticket, bigger expense items, to get them done in the lower 48.

I’m not entirely sure what to think of that one personally.  But I don’t think it’s going to last long term.  Certainly, I don’t like it when somebody has to go out of state to get less expensive care.  We can certainly get quality care in the state of Alaska but the $6 million question is at what cost.

It’s going to be an interesting road in the next several years as we implement the exchange.  But once we get over that hurdle, I do think that the next big thing that Alaska is going to have to address in the health care arena is how to get the cost of care down.

DJ:  How did you address the question of the cost of care in the recent AlaskaCare RFP?  The state is obviously very interested in controlling costs for its employee and retiree beneficiaries.  Were there particular strategies that you put in place as part of that proposal?

J:  Well there were, but I probably shouldn’t get into them too much until that RFP is awarded.  I can tell you that we put in what we think are some pretty innovative best practices that we can bring to the state.

We’ve also looked at doing some expansion in the state of Alaska in general, which would include, for instance, adding case managers into the Alaska office.

But I’d probably have to leave it at that until we all learn about the RFP award.

DJ:  How big is your book of business in the self-insured market in Alaska?

Our two biggest clients in Alaska are both self-insured.  The Municipality of Anchorage is the largest one.  The second largest would be the hospital system in Soldotna.

Company-wide, 76% of our lives are self-insured.  In Alaska, that’s a market we’d certainly enjoy having some more business in.  But when there is an RFP that comes out, A) they are highly competitive, and B), well, I don’t know if there is a B.

DJ:  Maybe that they are sometimes political?

J:  It can be.  It can be.  It certainly helps to know the right people, yes!  But we can be very competitive in the self-insured marketplace and have a number of strategies we can implement for clients to make them successful

J:  Well, I think I’d leave you with saying a lot of people wonder why we came to Alaska in the first place, but we saw opportunity here.  We saw an opportunity to be competitive and provide great customer service to members.

We view Alaska a significant part of our regional strategy.  It’s exciting to be a part of that throughout my whole career.  As I said, we opened our office in 2004, and I joined the team in 2005.