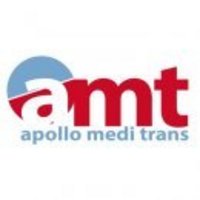 $150,000 For Medical Transport from Anchorage to Seattle

Recently, Premera has led an outreach campaign against Guardian Flight to brokers and employers charging that the company was inflating prices well beyond the market – or what the market could bear.  That has taken hold in a number of areas as others in healthcare are taking action to mitigate against the cost increases.

First, for perspective, in a letter out to the health care community from a year ago, Jeff Davis, President of Premera Alaska, demonstrated the increase in costs since Guardian Flight was acquired by a Utah-based entity.

According to the Premera letter, this resulted in almost $1,000,000 in additional charges compared the air transport provider contracted with Premera.

What this means is that when medical costs go up, our members ultimately pay more in premiums because so much of the premium dollar goes to pay medical costs.  And, that means employers who “self-fund” (meaning they pay us to administer their health benefits, while they pay their own claims costs), are paying more directly in healthcare costs because of Guardian’s pricing practices.  We do not believe that cost impact is an acceptable outcome for our customers or our members.

Jeff Ranf, of Wallace Insurance Group, said this sort of price increase is too much for the employers he represents to have to absorb.

Guardian provided good transport service, but with all of the other cost pressures in the market today, avoiding the extra $100,000 in transport cost per trip is a high priority for employers we work with.

Ranf is working on a new insurance product to be able to offer his clients that partners with lower cost transport providers, as well as other efficient providers that achieve high quality outcomes.   In addition, his firm is strongly promoting commercial air travel inside their benefit programs for non-emergent care.

Air transport insurers are now moving to address the issue as well.  According to AlaskaPublic.org, Apollo MT sent out a letter to its beneficiaries with clear directions.

Please request all other carriers prior to Guardian Flight being utilized.

The article notes the letter has led to a defamation lawsuit by Guardian, as part of an ongoing legal battle between the two sides since July, 2011 (case number: 3AN-11-09226CI).