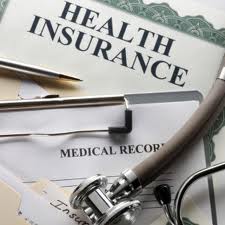 According to the study, insurance companies will have to return more than $1 billion this year to consumers and businesses under the Medical Loss Ratio provision of the Affordable Care Act (ACA).

That’s real money, says Larry Levitt of the Kaiser Family Foundation, which analyzed industry filings with state insurance commissioners. The law requires insurers to spend at least 80 percent of the premiums they collect on medical care and quality improvements — or issue rebates to policyholders.

This is one of the most tangible benefits of the health reform law that consumers will have seen to date.

The nonpartisan foundation is an information clearinghouse on the nation’s health care system, and its research is widely cited.

As was described in a previous post , 80% of premium money must be paid towards claims as defined in PPACA.  Under PPACA, if an insurer’s Medical  Loss Ratio (80% for Small Group / Individual and 85% for Large Group) is not met in a particular year, then the insurer must pay a rebate.  In addition to any rebate paid, the company is required to pay the costs associated with determining the rebate amount and administration (notice, fulfilling rebate, etc.) of the rebate.

The Medical Loss Ratio is defined as:

*Quality Improvement includes costs associated with follow-up care, programs put in place to boost efficacy of treatment such as a  program to ensure patients are using the full cycle the total of their prescription, etc.  Does not include cost for insures to convert to new database, insurance agent commissions, etc.

According to the article, insurance companies say consumers should take little comfort from the rebates, because companies expect premiums to go up overall as the result of new benefits and other requirements of the new law.

The net of all the requirements will be an increase in costs for consumers.

The article also notes that backers of the rebate requirement say it will keep the industry from padding its profits at the expense of the unwitting consumer.

Millions are benefiting because health insurance companies are spending less money on executive salaries and administrative costs, and more on patient care.

The study found the largest rebates will go to consumers and employers in Texas ($186 million) and Florida ($149 million), where Govs. Rick Perry and Rick Scott, respectively, have been among the staunchest opponents of the federal law. Both states applied for waivers from the 80-percent requirement and were turned down. Hawaii is the only state in which insurers are not expected to issue a rebate.

Here is how the rebates break down for Alaska, Oregon and Washington:

The breakdowns by market and individual rebates are: