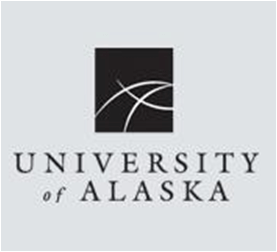 Univ of Alaska Employee Benefits To Increase Between 48 And 257%

I spent three days in Alaska last week building our State of Reform event there set for September.  Frustration was the general sense and mood among many – though not all – of the folks I spoke with.While that is in many ways the sense in Washington as well (though notably not what I encounter when I travel to Oregon), there are two data points that put the frustration faced in Alaska in a more acute perspective.

1.  More money is spent in Alaska on health care than comes out of the ground in oil.  This was a narrative I heard twice from senior health care leaders, though I can’t substantiate it beyond the anecdote told to me.

2.  Univ of Alaska employees are facing benefit cost increases of up to 257%.  You think you have it tough?

From a story in the Fairbanks Daily News-Miner:

The biggest changes would come with the “high deductible health plan.”

The highest end plan would see an increase for families from $375 to $573 per pay period.

While there, I coincidentally spent some time with a former executive from the University system with close knowledge of the matter.  He explained that the University system simply missed its target of expected enrollment in the high deductible plan.  A far higher number of folks enrolled in the high deductible plan than were expected, causing the actuarial underpinning of the forecast to be undermined.

“The plan worked just as it was supposed to, but we couldn’t have predicted human behavior and the high enrollment in the high deductible product” said the former official.