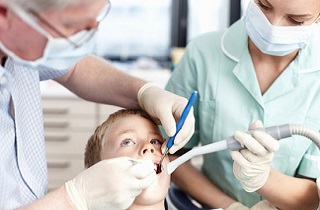 The legislation, HB 1885, is being sponsored by Rep. Eileen Cody and would allow the practice to expand in Washington. Dental therapists are mid-level providers that are licensed to perform some procedures like tooth cleaning, tooth reimplantation, and extractions. A fully licensed dentist could supervise up to five therapists.

The bill would restrict where dental therapists are able to practice, which include federally qualified health centers, school-based clinics, long-term care facilities, correctional institutions, hospitals, clinics operated by accredited schools of dentistry, clinics operated by Tribal health services, settings in which the dental therapist’s patient base is at least 35% Medicaid, low-income, or uninsured, and clinics that serve an area designated by the federal health resources and services administration as dental professional shortage areas.

Similar bills have been introduced for years in Washington state, but the most recent bill follows recommendations from the state’s Dental Therapy Task Force report last December.

Stephan Blanford, executive director of the Children’s Alliance and member of the task force, said the evidence he has seen has shown dental therapists as effective in helping to reduce dental and health inequities.

“We see it as a racial equity strategy,” Blanford said. “Because many of the areas in Washington State that don’t have good dental care are populated by low-income people of color.”

Dental therapists could be used to provide relief to patients who cannot find treatment from dentists for reasons ranging from utilizing Medicaid to being uninsured. Fewer than four in 10 Washingtonians covered by Apple Health went to a dentist in 2020, according to previous coverage from State of Reform.

While low reimbursement rates are part of the problem, Marcy Bowers, executive director of the Poverty Action Network, said dental therapists could help.

“There’s not one silver bullet to this, but clearly there’s a problem in the model of care,” Bowers said.

Bowers compared dental therapists to being the dental equivalent of physicians assistants and nurse practitioners, able to provide certain services and routine care.

The bill has drawn opposition as well, largely from the Washington State Dental Association. Emily Lovell, director of government affairs for the Association, said they had concerns about what procedures would be authorized for dental therapists to perform with less training than dentists. A dental therapist in Minnesota, for example, can earn a degree in 24 months after completing a bachelor’s degree, compared to the years of additional schooling dentists receive.

“I think often times we are painted as protectionists,” Lovell said. “Unfortunately, there hasn’t been much of a dialogue addressing those concerns.”

In an op-ed from last June, Dental Association members said they were concerned about dental therapists creating a two-tiered system of care.

Bracken Killpack, executive director, said both sides agree there are access to care problems, but wants the state to look at other ways to address it, including expanding residency programs which allow recently-graduated dentists to practice and become fully licensed.

However, Bowers said there is already a two-tiered system of dental care based on those who have private insurance and can access care, and those who don’t.

HB 1885 was introduced on Jan. 11 and referred to the House Health Care & Wellness Committee.