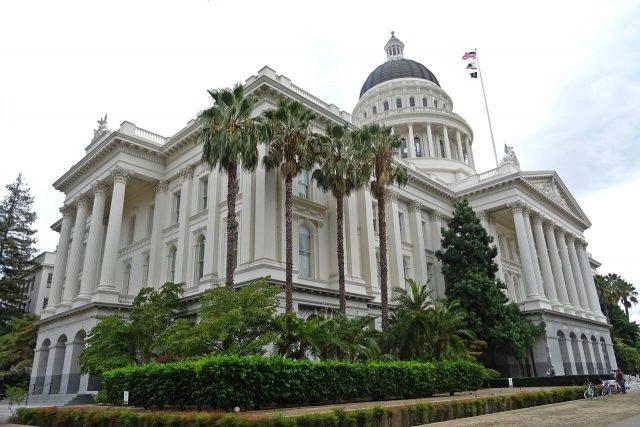 California Democrats and Republicans lay out their mid-session priorities

Democrats and Republicans laid out their current priorities at the 2021 Northern California State of Reform Health Policy Conference on April 22nd. As the deadline for committees to hear and report non-fiscal bills to their respective chambers floor approaches, legislators are having to prioritize the bills they believe to be the most important.

The panelists on the Policy Leadership: Democrats panel were Senator Scott Wiener and Assemblymember Cecilia Aguiar-Curry.

Their mid-session priorities include:

Aguiar-Curry said telehealth has always been a priority for her but the pandemic has just accelerated the timeline.

“When we did the original telehealth bill, that bill was not supposed to be enacted until January 2021. But due to the pandemic we got an emergency order from the governor which allowed us to enact that bill in July, and low and behold because of the pandemic the telehealth bill took off.”

She said because the response to the bill was so positive, she has introduced another telehealth bill this session. This new bill will ensure parity for telephonic visits, and she hopes it will help patients access care no matter what barriers they might face.

“Especially for our seniors, who are still struggling with the technology part of telehealth, having that access to telephonic care is so important. Because so many people still use the telephone and are not familiar with the technology, and quite frankly we don’t have access to the internet everywhere.”

The panelists agreed that there is a need in California to address issues with access to mental and behavioral health services. Aguiar-Curry said a priority of hers is ensuring access to these services.

“Particularly in mental health issues that we’re trying to deal with, there is a lack of doctors, psychiatrists, behavioral health specialists throughout the nation, and statewide. So if people are just able to pick up the phone and get some relief and have someone to help them out, that’s number one.”

She said telehealth has been a game-changer for behavioral health services in the state.

“The response to telehealth has been so rewarding for me, and we’re getting phone calls from around the nation on how we’re doing it. What are the challenges? Who are the supporters? And the conversations have been particularly in behavioral health. They tell me that there has been a  750% increase of people attending their behavioral health appointments. That to me is a huge success.”

In response to a question about access to health care in the prison system, Wiener said a major problem faced by the state is how detention facilities are a major health care provider.

“It is an indictment of our criminal justice system that when you run a county jail or prison system you’re a major health care provider. And the LA County Jails is the largest mental health provider in the whole country. That’s an indictment of the system.”

As part of his bill package this session, Wiener has many bills designed to address the substance abuse epidemic.

“We are working on a number of bills this year to deal with the overdose epidemic. They just released new data which showed nationwide from October 2019 to September 2020 almost 40,000 Americans died of drug overdoses. In San Francisco, we saw a spike, we’ve seen a spike in other parts of the state as well, and what we’re doing isn’t working.”

He is a sponsor of SB 57, which would allow the City and County of San Francisco, the County of Los Angeles and the City of Oakland to approve entities to establish and operate overdose prevention programs (OPPs) until Jan 1, 2027.

Wiener said these sites have been established in other countries and have worked well.

“Safe consumption sites are where people who are using can go inside to a safe and healthy place and have someone who is prepared to help them if they overdose so they don’t die. They will also have access to treatment programs and make sure that they have access to clean needles so that they are not getting HIV or hepatitis. These programs have worked beautifully throughout the world, and they’ve never had an overdose death, so we want to implement it here.”

Wiener also has a bill that is designed to incentivize people suffering from substance use disorder to enter treatment.

“We’re also pursuing SB 110, to legalize contingency management in California, which is providing people with financial incentives to get sober and stay sober. This particularly works well with meth and the VA has been using it for a decade. So we want to allow it to be used in California.”

Another top priority for Democrats this session is the budget.

“I think health care is being prioritized in the budget, especially with the pandemic, we’ve seen a lack of investment in public health infrastructure, so that is a priority.”

He also said there have been efforts to expand coverage, not only to citizens but also to non-citizens.

“We’ve seen some good expansions, especially expanding Medi-Cal to cover undocumented residents, starting with kids, and now we want to include seniors. Because there are millions of Californians who lack access to health care and I think that’s a real priority.”

Both panelists emphasized they may not always agree on every bill, but they are always willing to work together to find a solution.

Grove said this session has been difficult because of the virtual format.

“There have been many technical issues. Dropped calls, audio feedback, confusion. When you’re in a committee meeting and you’re getting text messages from your constituents saying they’re unable to comment. And then the Chair announces that they only prepaid for 47 lines, and they have to increase the number of lines so that people have an opportunity to participate in legislation.”

Their mid-session priorities include:

Waldron said the substance abuse issue in California is huge, and there needs to be action on it.

“We’ve seen the statistics, the death rates keep growing. The concern is how can we get people into treatment, there’s a lack of providers, so we definitely need to train more providers.”

Waldron said this bill would “streamline” the re-entry process for justice-involved people.

Mathis said his bill, AB 1470, which would establish a task force to end veteran suicides, is an important way to address an issue that has just gotten worse during COVID.

“We’ve all heard the number of 22 a day [veteran suicides], sadly those numbers have actually gone up. It’s time that California leads the way on this issue, and actually develops a task force to look and see what is going on, and what we can do to better serve our veterans.”

Grove said she is focused on mental health for students.

“Children in California have missed far too much school and we’re just beginning to see the negative impacts this is having on their mental health.”

Waldron said her top health-related priority this session is telehealth. She said the pandemic has proven that there is a need and interest in telehealth.

“Telehealth has been successful. It’s been proven to be utilized and liked by physicians, as well as patients. But we have to work on how we can better pay for providers so they have more of an opportunity to get the payment plans that they need, so it is more equitable and fair for everyone.”

Grove said because she represents such a large, rural district, she is also focused on telehealth.

Waldron said homelessness is an issue that the state cannot seem to get it’s hands around, mostly because it is such a multi-faceted issue.

“It clearly requires an interdisciplinary approach. We have to focus on the key issues that cause people to become homeless which includes mental health, substance use disorder, the lack of affordable housing, and the loss of jobs.”

Waldron said that although enrollment in Medi-Cal is up, provider participation is down. She said it should be a priority for the Legislature to engage with those providers and incentivize new providers.

“As we expand access to Medi-Cal we have to be able to pay for it, because just having Medi-Cal and just having insurance doesn’t mean that it is automatic care. We need the providers. We need to encourage providers to take on Medi-Cal patients, and that will include adjusting what we pay them. It’s been too low, the state of California’s reimbursement rates for Medi-Cal. And that is something that has been a continuing problem.”

Mathis said a focus of his is AB 521, which would authorize the director of the Department of Health Care Services (DHCS) to waive, for up to 12 months, any or all interest and penalties assessed resulting from an audit or examination for overpayments.

“For our small health care clinics if the state happens to make a mistake and overpay them on accident, then they are required to pay the state back with interest. And what’s happened here is this has turned into a money maker for the state. And now our small clinics are having to pay back the state for the state’s mistake.”