FAIR Health’s latest white paper finds that mental health claims for teenagers increased by close to 100% as a percentage of all medical claims in March and April of 2020 compared to the same months in 2019.

The report, which is the latest in a series of COVID-related FAIR Health analyses, finds that percentages of claims related to intentional self-harm, overdoses and substance use disorders, and mental health diagnoses have all significantly increased during the pandemic.

FAIR Health analyzed private health claims from its database of over 32 billion claim records to study the mental health impacts of the COVID-19 pandemic on individuals 13-18 years and 19-22 years.

In March and April 2020, total medical claims dropped by about half for those 13-18 years, likely due to restrictions on nonemergency medical care and hesitancy to seek care during the spring surge. However, the percentage of medical claim lines that were for mental health saw a 97% increase in March and a 103.5% increase in April. The report states:

“It is striking, therefore, that one component of medical care, mental healthcare, increased significantly even while overall medical care was falling. It suggests the increase in mental health issues brought on by the pandemic in the 13-18 age group.”

A similar trend was seen through November 2020, those to a lesser extent. 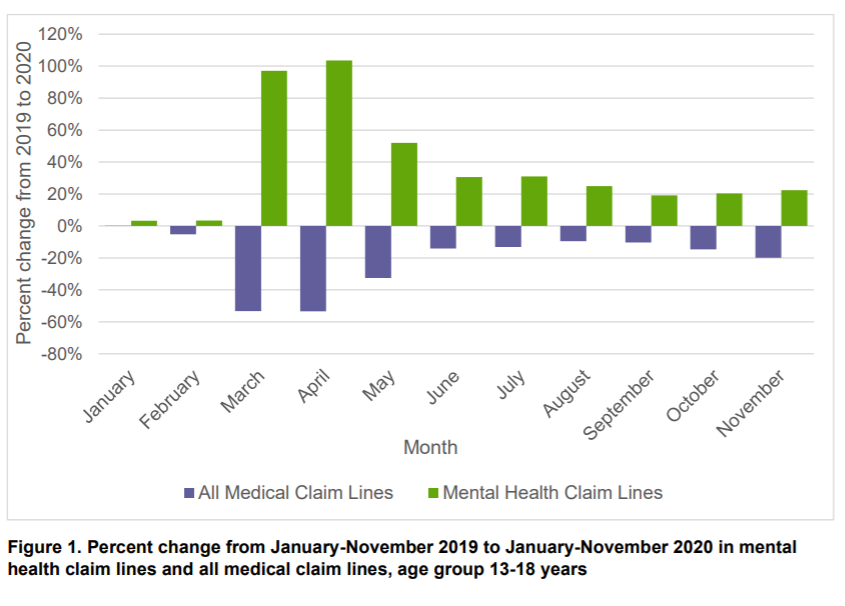 In the 13-18 age group, claim lines for overdoses jumped 119.31% in April 2020 compared to the year before. The percentage of claim lines for substance use disorders increased over 60% in March and April of 2020, but eventually fell below 2019 levels beginning in September.

The white paper reasons that young individuals are especially vulnerable to the mental health impacts of the pandemic. School closures and social isolation have likely contributed to increased stress and loneliness. 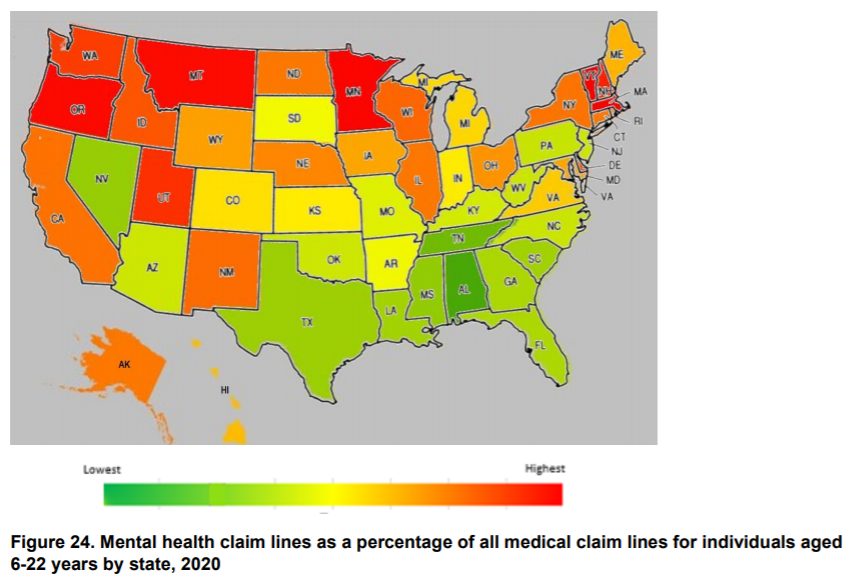