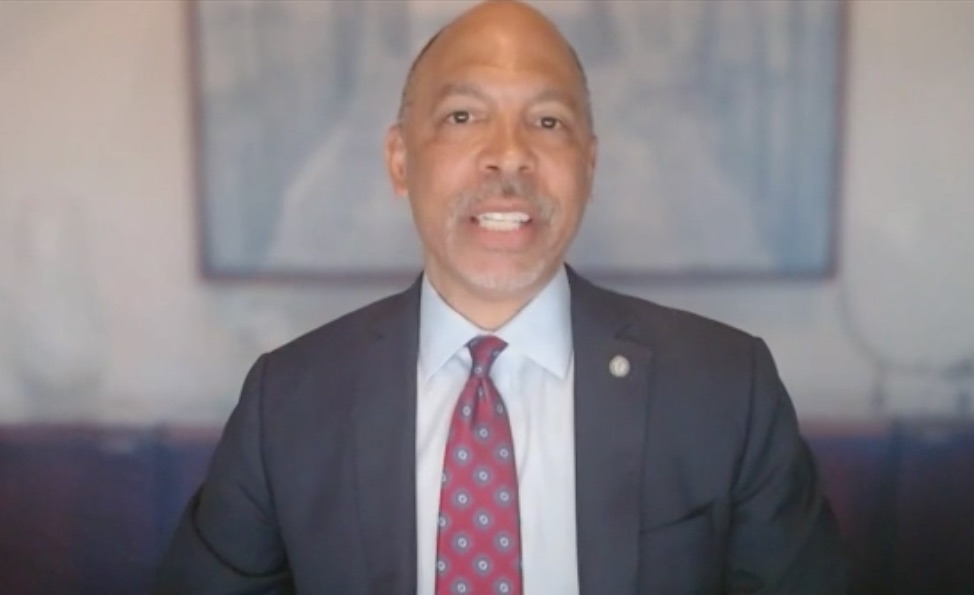 Woods, who is one the few CEOs of color leading large academic health systems, was “profoundly distressed” to see Black and Brown people disproportionately die of COVID.

“It was extremely personal for me. They could have been members of my own family.”

He continued that COVID has been “the blinding spotlight” on racial inequities that have existed for too long.

Woods explained how Atrium used its geographical mapping technology to pinpoint hotspots down to zip codes and cross reference them with racial and income data. From there, it could see where racial disparities in testing were emerging. They could then deploy mobile units to get out “beyond its hospitals’ walls” and deep into the community.

It coordinated its efforts with pastors and other community leaders to deploy its roving medical units to church parking lots, local Ys and even construction sites.

Within weeks, the testing disparities in Charlotte were gone.

“Data is only noise until we collect it, analyze it and then very quickly put it into use.”

When the first COVID-19 case showed up in the state in March 2020, Atrium Health invested in a data infrastructure and built their own COVID-19 Electronics Dashboard which is updated every two hours and shows a variety of analytics including cases and mortality based on race, ethnicity, age and test location.

The data showed there were gaps in testing for communities of color and the majority of tests given to the Black population were done in emergency rooms.

He also said that in June 2020, Atrium teamed up in public-private partnerships with the state’s largest organizations including Bank of America, Honeywell, Lowe’s, Red Ventures and Wells Fargo to distribute one million face masks. The initiative led to a  21% COVID case drop and a 10% test positivity rate drop after the mask mandate went into effect.

As of March 22, Atrium Health has administered 350,000 vaccines — which equates to one shot every 4 seconds.

“[The racial health disparities] fueled my passion, and that of my entire organization, to adopt a ‘not on my watch’ stance. We want to look back at these extraordinary, very trying days and say the very best of who we were showed up.”