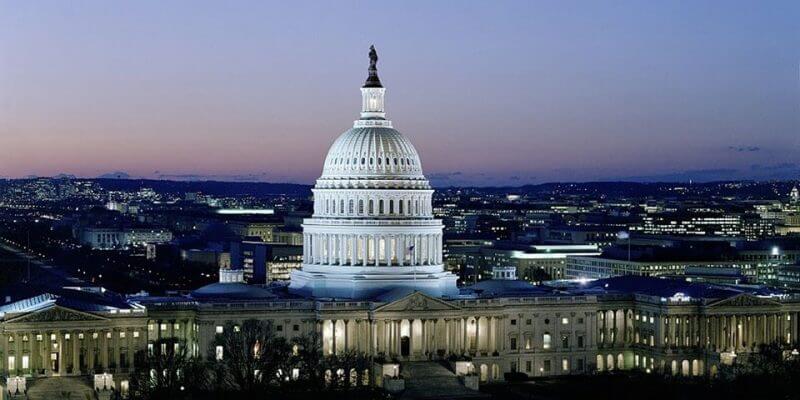 When times are tough, as they surely are now, enthusiasm for good news sometimes gets tempered by concerns of what might follow. And so it is with the federal government’s legislative response to the COVID-19 pandemic. House and Senate leaders set aside their political differences and passed a series of bipartisan emergency bills that will help with the nation’s response to the public health crisis and the economic contraction it precipitated. These measures were essential, and more will be necessary in the coming months, but they are not without costs. More debt means heavier burdens on future taxpayers.

The government’s fiscal outlook was deteriorating even before the pandemic struck; the added borrowing will push cumulative federal debt to levels that are beyond historical experience. While belt tightening in a severe recession would be incredibly unwise, the coming deficits will cloud federal decision-making after the crisis abates, and for many years, and may lead to blunt restrictions on federal health spending that worsen outcomes for patients.

The Congressional Budget Office (CBO) has provided cost estimates for each of the four bills Congress has passed to date:

When combined, the tab stands at $2.5 trillion-plus and counting. The Democratically-controlled House recently passed the Heroes Act, which is estimated to cost another $3 trillion. The bill provides substantial support to state and local governments, and provides new assistance directly to households and to medical service providers. Senate Republicans have reacted coolly to the House measure, but that does not mean a compromise bill won’t pass. There are sure to be negotiations soon, and an expensive fifth bill is likely to be enacted over the coming weeks.

Before the pandemic, the economy was strong, which should have allowed elected leaders to gradually narrow projected deficits. Instead, both parties advanced policies that exacerbated the government’s short and long-term fiscal problems.

In 2017, the Trump administration pushed a tax bill that did not include sufficient reforms to offset the revenue losses from rate reductions, and both parties supported appropriations deals over the past three years that ramped up spending on defense and nondefense accounts. The cumulative effect of these measures has been dramatic. In 2019, with a strong economy, the government ran an annual budget deficit equal to 4.6 percent of GDP, up from a deficit of 2.4 percent of GDP in 2015. And, with the pandemic response and rising unemployment, CBO now expects the deficit to climb to 17.9 percent of GDP in 2020 and to 9.8 percent in 2021.

The long-term forecast is even more adverse. In the coming years, the U.S. population will age rapidly and drive up spending on the major entitlement programs — Social Security, Medicare, and Medicaid. In January, before the pandemic became a reality, CBO projected that federal debt would rise from 80 percent of GDP at the end of 2019 to 180 percent in 2050 — a level far in excess of the previous high over the past century of 106 percent of GDP in 1946, just after World War II.

CBO now expects federal debt to reach 108 percent of GDP by the end of next year, up from its estimate of 82 percent in its January forecast. An updated projection would likely show the nation with total debt above 200 percent of GDP by mid-century. To put that in perspective, Italy’s public debt may soon reach 160 percent of GDP as a result of the current crisis.

It is not possible to predict exactly how Congress will react to rising debt levels in coming years. Even with low interest rates, servicing such a large stock of outstanding securities will push aside other governmental priorities. At some point, the cost of doing nothing will exceed taking some action. Past experience shows that a likely step would be for Congress to reduce what Medicare and Medicaid pay for services, as these cuts can be said to protect program beneficiaries. Over time, however, reductions in regulated payment rates could make it more difficult for facilities and practitioners to provide ready access to care for all of their potential patients.

Now is not the time to take up deficit reduction. The country needs to focus on fighting the pandemic and stabilizing the economy. But once the worst of this crisis is over, Congress needs to quickly turn its attention to getting the nation’s fiscal house in order through sensible adjustments so that draconian cuts — including to health care — do not become the only options.

James C. Capretta is a columnist for State of Reform and holds the Milton Friedman Chair at the American Enterprise Institute.