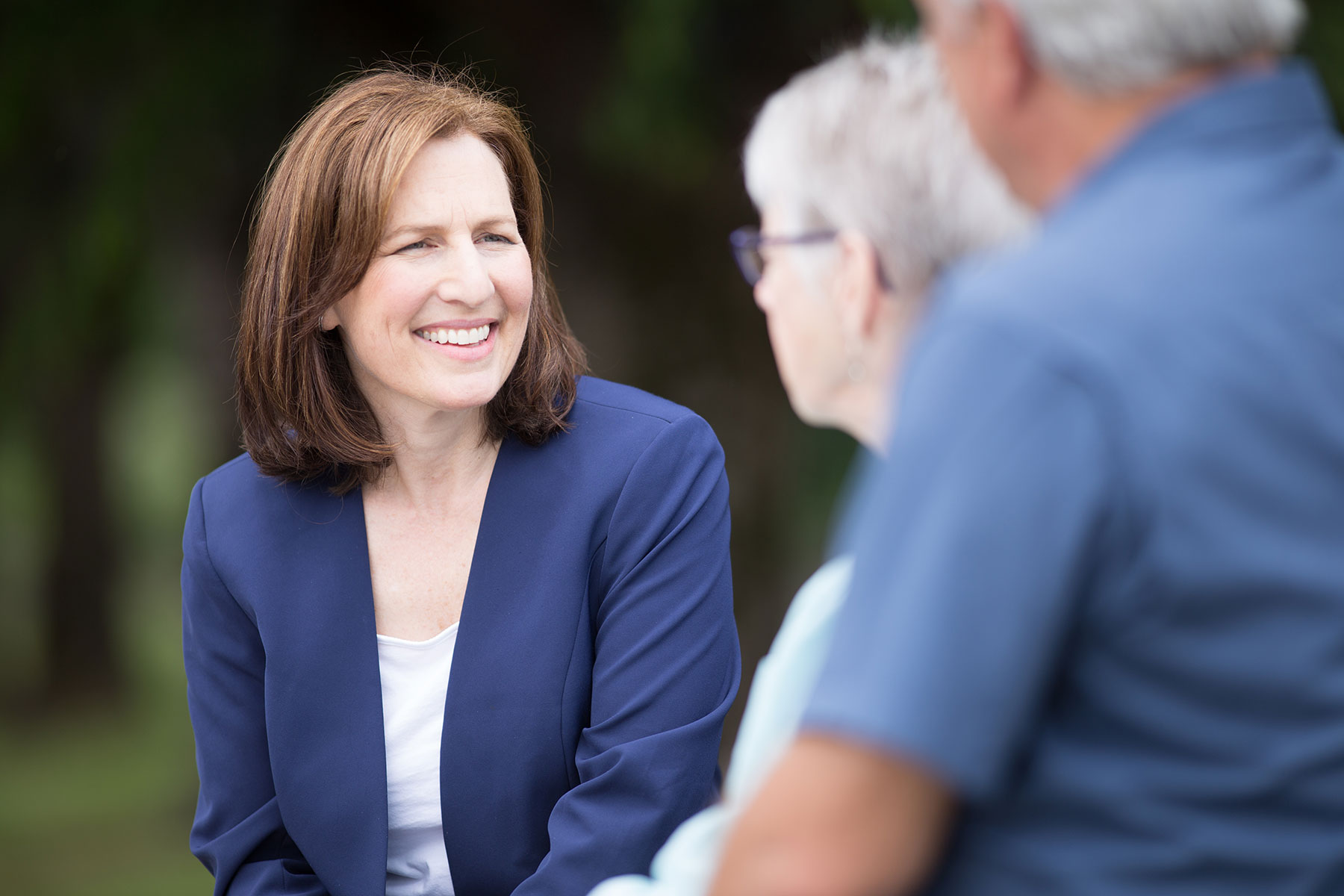 Q&A: Rep. Kim Schrier discusses the cost of prescription drugs, her bill to expand medicare benefits, and the perspective she brings to health legislation.

Representative Kim Schrier was elected to represent Washington’s 8th congressional district in 2018, a seat no Democrat had previously held. After a narrow jungle primary victory, Rep. Schrier faced a seasoned opponent, Dino Rossi, in a general election contest where health care became a key issue. Since entering Congress after defeating Rossi, she has seemed to embrace a sentiment expressed by The Seattle Times editorial board in its endorsement of Rossi: “Schrier wants to fight, Rossi promises not to.”

After several pieces of health legislation were marked up by the House Ways and Means Committee yesterday, I caught up with Rep. Schrier to discuss her bill to expand Medicare to include routine vision benefits, Nancy Pelosi’s bill to lower the cost of prescription drugs, and her approach toward health legislation more broadly.

Michael Goldberg: You have cosponsored HR 3, can you relay what your constituents have told you about how drug pricing is affecting their lives?

KS: The cost of health care was one of the issues I heard the most about on the campaign trail, and continue to hear about now in Congress. As a doctor I’m particularly concerned that nearly 1 in 3 adults report not taking their medicines as prescribed because of how much costs have gone up in the last decade. As someone with a pre-existing condition, I know about this issue first-hand. The price of my insulin has tripled in price in the last decade. On a recent telephone town hall I did with AARP Washington, I heard from many seniors who have had a similar or worse experience. One man said that he can currently afford his medication because of his wife’s health insurance, but already knows that he won’t be able to afford it when he goes to Medicare in a few years. For him and for many of us, oftentimes the formula of the drug hasn’t changed in decades, but the price has gone up dramatically. Americans shouldn’t be paying 3-4 times more for drugs than other comparable countries.

MG: Can you contextualize HR 3 within the broader effort by House Democrats to center health care as a priority this session? Issues related to health care were central to your campaign in a swing district; where does the cost of prescription drugs fit into your approach toward health care as a whole?

KS: I always say that who better to work on health care in Congress than a doctor and someone with a pre-existing condition. I know from my own experience, and the experiences of my patients, that something needs to be done to address the ballooning costs of prescription medications. We have people rationing insulin, which is dangerous but they see it as the only option to try to stay alive. HR 3 is a good first step for bringing down the costs of prescription drugs. It will allow the HHS Secretary to negotiate the prices of the top 250 most expensive drugs on the market. The largest consumer group in the world – Medicare – ought to be able to negotiate so that Americans do not pay more than other comparable countries. It is absurd that pharmaceutical companies hold all the cards right now. It would extend those prices to the private market too, so that we all win. And it would put a $2,000 cap on out of pocket expenses for Medicare enrollees. These would all be huge wins for the American people, and since our President has indicated support for price negotiations, I am optimistic that we can get this done.

This isn’t a silver bullet, but it is a good first start. We still need to make the Affordable Care Act more affordable, stabilize it after recent attacks to dismantle it, and increase choices for people who want health insurance through a public option.

MG: Chairman Neal mentioned during the W&M markup this morning that the issue HR 3 seeks to address is complex and not an easy fix. From your perspective, what factors complicate efforts to lower drug costs?

KS: Our healthcare system is complicated- there are many moving parts and stakeholders in this process and it’s difficult to address one part in isolation. What this bill prioritizes though are fixes that directly impact patients—lowering their out of pocket costs without limiting innovation.

MG: One of the bill’s most touted benefits is its capacity to alleviate billions of dollars in spending, paving the way for Medicare investments like adding vision, hearing, and dental to the list of benefits. What might these investments do for Washingtonians in the 8th district?

KS: I am really excited that my bill to expand Medicare to include routine vision benefits, The Medicare Vision Act, passed out of committee alongside HR 3. Right now, Medicare only covers surgery and screenings for people who are at a high risk of getting cataracts and glaucoma. This bill means that thousands of seniors in the 8th district would finally have coverage for routine eye exams and eyeglasses or contact lenses. It also means they wouldn’t miss a diagnosis of glaucoma or cataracts or macular degeneration. We are looking closely at this and other improvements that would strengthen and secure Medicare and bring down out-of-pocket costs for Washingtonians.

MG: Opposition from House Republicans to HR 3 seems to stem primarily from concerns over government price setting. How do you respond to the idea that using price controls to lower the cost of drugs will open the floodgates for further government interference in other private markets?

KS: Look—there’s broad bipartisan support when the Veterans Administration negotiates drug prices to get the best deal possible for Veterans, so I don’t see why doing the same for seniors should be any different. Negotiating for lower prices is the definition of capitalism.