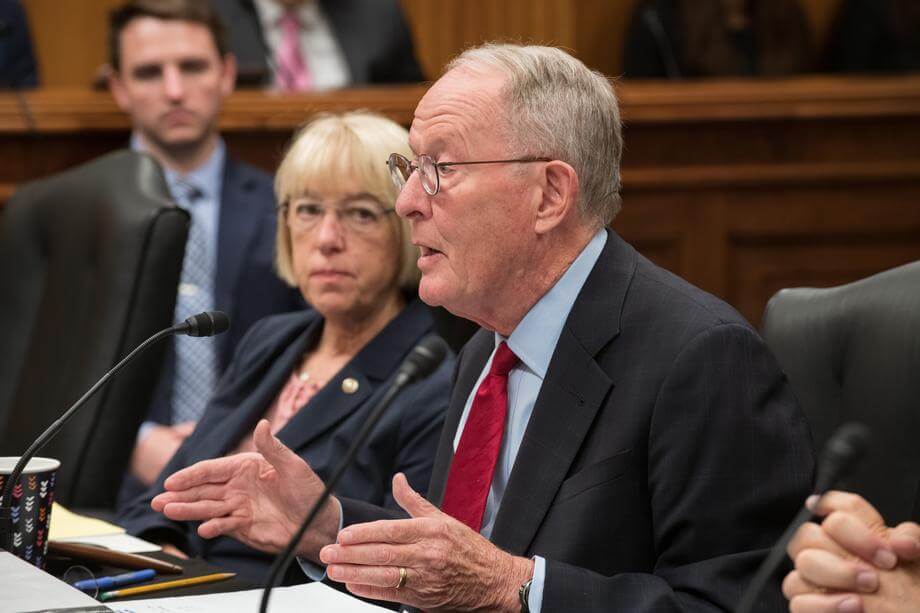 Senators Lamar Alexander and Patty Murray — the top-ranking Republican and Democrat in the Senate health committee – recently introduced the “Lower Health Care Costs Act of 2019.” The bipartisan bill includes 54 different proposals from 65 senators (36 Democrats and 29 Republicans), all aimed at lowering the cost of health care.

Last week, the HELP Committee held a hearing to discuss and markup the bill. In opening comments, Sen. Alexander described the work it took to put together the legislation.

“Over the last two years we’ve held 16 hearings on a wide range of topics on reducing health care costs – specifically, how can we reduce the costs of what Americans pay out of their own pockets for health care,” said Alexander.

Those hearings helped inform the proposals that are included in the sweeping legislation. Key proposals in the Lower Health Care Costs Act include:

The bill includes multiple proposals aimed at ending the practice of surprise billing. Sec. 102 of the bill states that patients will be held harmless from surprise medical bills and will only be required to pay the in-network cost-sharing amount for out-of-network emergency care, and care provided by out-of-network providers at in-network facilities. The bill also holds patients harmless from surprise air ambulance bills.

For surprise medical bills, health plans would be required to pay providers the “local median contracted commercial amount that insurers have negotiated with other providers and agreed upon in that geographic area.” This method of dealing with surprise bills — referred to as the “benchmark approach” — was a point of debate during the committee hearing.

During the meeting, Senator Bill Cassidy spoke against this method.

“My concern is the construct for how we are addressing surprise medical billing puts all the power in the insurance companies’ hands,” Cassidy said.

Sen. Alexander thanked Sen. Cassidy for his work on surprise billing and assured him that they would continue to work on this issue before the bill goes to the Senate floor.

On a separate issue related to surprise billing, Cassidy spoke in favor of adopting an amendment that would require insurance plans to accurately post who is in their network to help patients make more informed decisions. At the end of the meeting, the senators voted to adopt the amendment.

Reducing the Prices of Prescription Drugs:

The bill also includes a variety of proposals to reduce the price of prescription drugs. This includes 14 proposals aimed at helping lower-cost generic and biosimilar drugs reach patients. One such proposal would provide the FDA with the authority to deny a citizen petition that is submitted for the sole purpose of delaying the approval of a drug application.

Other proposals would prevent the blocking of generic drugs to the market, and would foster biological product innovation.

According to Alexander, there are also 12 bipartisan proposals that eliminate gag clauses and anti-competitive terms in insurance contracts.

To improve transparency, Sec. 305 of the bill would require health care facilities and providers to give patients a list of services received upon discharge, and would require that all bills be sent to the patient within 45 days.

Another part of the bill, Sec. 306, would prohibit PBMs from charging an insurance plan or a patient more for a drug than they paid to acquire the drug.

The bill would also designate a nongovernmental, nonprofit transparency organization to utilize health care claims data to improve the transparency of health care costs and facilitate state-led initiatives to lower the costs of care.

During the committee meeting, the Senators also adopted a manager’s amendment with two key provisions. One, from Senators McConnell and Kaine, would raise the age to purchase tobacco from 18 to 21. The other, from Sens. Grassley, Leahy, and others, is the CREATES Act, which aims to help bring lower-cost generic drugs to patients.

The HELP Committee ultimately passed the bill out of committee on a 20-3 vote. Alexander says the bill will now be transmitted to Sens. McConnell and Schumer, where he will urge them to put it on the floor for a vote before the end of July.