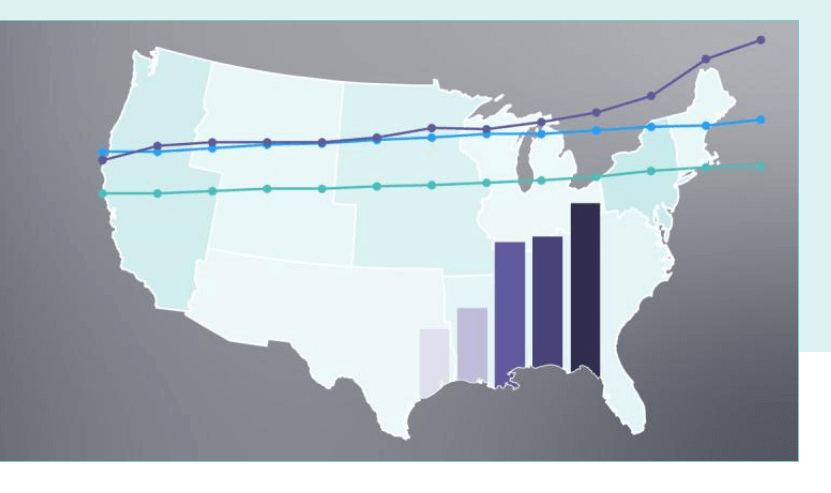 On Wednesday, the Commonwealth Fund released their 2019 Scorecard on State Health System Performance. The report analyzes state-by-state data to determine which states have the highest quality of care, access to care, health outcomes, and health disparities.

Death rates, coverage, and spending were key highlights included in the report. Here are some of the other takeaways we think are worth exploring:

The top five states based on overall health system performance based on the metrics above are:

Arizona ranked 6th overall, followed closely by Colorado in 7th place and Utah in 8th. Oregon came in right at the national average, and California fell just below this baseline figure.

The lowest ranked states are:

While many of these high and low performing states remained unchanged from previous scorecard rankings, there were a number of states that made significant improvements in their rankings. Washington, now a top ranked state, improved19 spots. Rhode Island, similarly, improved 21 points, and Missouri, West Virginia and Arkansas each rose 18 points.

States like Delaware, Wyoming, Virginia and Maryland each fell a considerable number of points.

The report takes into consideration a number of factors in ranking these states. The rate of uninsured residents in the area is a top concern. Other measurements include: Medicaid enrollment, per capita spending growth in employer plans, and the cost of care.

Despite these individual rankings, several trends across the country were apparent.

The death rate rose as a result of suicide, alcohol and substance abuse in all states, but some were affected more than others. States in the mid-Atlantic, New England and Southeast regions were hit particularly hard by the opioid crisis, and thus have a higher percentage of overall deaths. West Virginia has been hit hardest by this epidemic with a total of 57.8 deaths per 100,000, a rate more than double the national average.

While the use of opioids were most common in these areas, the death tolls in other states were largely a result of alcohol and suicide, rather than opioid substance abuse disorder. In Oregon and Washington, for example, both suicides and alcohol resulted in an equal number of deaths.

“What’s often lost in national discussions about the increase of deaths from suicide, alcohol, and drug overdose is that different states have been affected in different ways,” according to the report.

Another common trend is the decreased rate of uninsured patients across the United States. The Scorecard found that overall, states were making historic gains in increasing the number of insured patients by increasing access to care and coverage. Not all states chose to expand Medicaid coverage, and many of these states actually saw an increase of at least 1 percent in the rate of uninsured residents.

The decision to expand Medicaid had lasting implications for the rate of uninsured patients in each state and is a critical aspect of these changes.

“In nearly all states, there were widespread reductions in uninsured rates between 2013 and 2017, in the wake of the ACA’s insurance market reforms and coverage expansions,” the report found.

In addition, states saw much faster growth in per-enrollee costs in employer plans, rather than in Medicare. States with higher employer premiums have higher health care costs.

“As of the end of 2018, 30 million adults remained uninsured and an estimated 44 million people had insurance but had such high deductibles and out-of-pocket costs relative to their income that they were considered to be underinsured. People with individual-market plans were underinsured at the highest rates, but the greatest recent growth occurred among people with employer plans,” the report finds.

Although many states have increased the number of insured patients, and lowered the costs of care largely following the ACA, these expansions have stalled in recent years. These stalls, according to the report, are a direct result of the lack of Medicaid expansion efforts. Health spending is growing faster than median income.