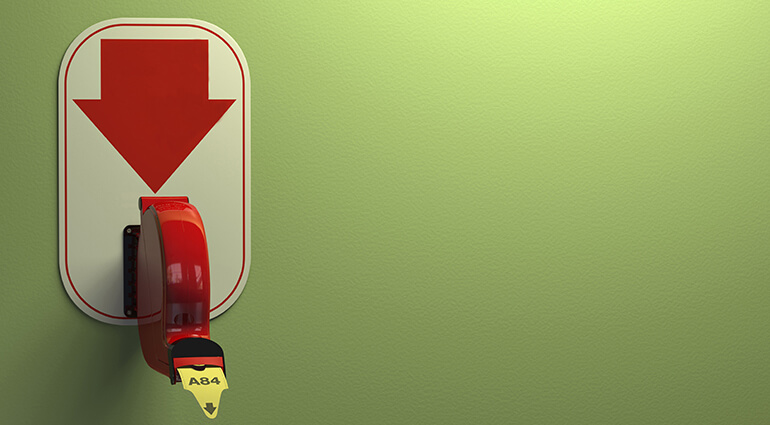 Take a number: Would long wait times in US healthcare be acceptable?

Joshua W. Axene, FSA, FCA, MAAA, is a Partner and Consulting Actuary with Axene Health Partners, LLC. Axene wrote the following article on Medicare For All.

With all the talk of Medicare For All in the media, I started to think about American healthcare culture as we see it today and wonder if Americans really could function under a system that is budget based and would likely have increased waiting times. In America we have created a healthcare culture that pays providers predominantly on a Fee for Service basis (FFS) and allows people to get what they want,
when they want it and generally from whoever they want. American healthcare culture always wants the best thing available and has a “more is better” mentality. Under a government sponsored socialized healthcare system, choice would become more limited, timing mandated, and supply and demand would be controlled through the constraints of a healthcare budget.

When a healthcare system is globally managed by a budget, like most socialized systems are, the number of services and the cost of those services would be budgeted. The limited budget would then only allow for a limited number of doctors and services in the system. Total payments to providers would be limited thus limiting the number of practitioners that would be willing to function in such a system. There is
a “slot” mentality where there are only so many available procedures that are budgeted and when they are used up, you need to wait for another slot to open. It could be a knee replacement or a heart defibrillator, there are only so many budgeted that year for the system, and you cannot have yours until there is budget available to do that service.

Budgets in socialized healthcare are often used to ration services, but for a healthcare system to thrive we need to have a system that rationalizes services, not rations them.  Rationalized care means that every service that is done, is done for a reason. This often translates into fewer services being performed as many of the services done today can be avoided (i.e., potentially avoidable care). The services that are performed need to be justified (rationalized) and be part of a cohesive plan for improving the patients’ health. Most of today’s American healthcare system is not subject to budgets; the cost of today’s healthcare system is determined by the services performed after the fact. Health insurance premiums are most often based on previous claims experience. If a plan experiences very high claims experience it often raises the premiums the next year to account for it. Problems with utilization patterns are often spread over multiple time periods if the root issues are not dealt with, and only accounted for with increased premiums. They are viewed more as a cost problem rather than a utilization problem.

In a budget-based socialized healthcare system, there are often extended wait times (often called queuing lines), and those wait times can be extreme. For example, according to the Fraser Institute the median (half are more half are less) waiting time in Canada between a referral from a general practitioner to a specialist procedure is 19.8 weeks. That means that your primary care physician could identify an issue that you urgently need fixed and on average it would take almost 5 months until you could see a specialist and have the necessary procedure done. That number fluctuates by specialty where the average waiting time for an Orthopedist is 39 weeks, while an Oncology visit averages about 4 weeks. This contrasts with the American system where the average waiting time for a specialist is less than 20 days, and in most cases when covered by a plan with effective care management could be a couple days. In the FFS / PPO environment that most of the US functions in today, specialist visits do not require any sort of prior authorization, but rather just need to be scheduled by the doctor.

A common misconception that is often mentioned when talking about Medicare for All, is that you will get a card and you will go to the doctor just as you have in the past. The problem with this notion is that there is no guarantee that you will just be able to go and get that appointment. If doctors are working in a budgeted system and or paid much less to do certain services than today, there is a chance that doctors will choose not to see some patients that they would have happily seen under the current healthcare system. I recently heard a story of how a doctor in a government run socialized system had to choose who got the heart surgery. They had 40+ people waiting to get this procedure and the physician had to decide who should get it. There was only so much budget and they had to make the choice. It was not necessarily who needed it most, but who fit well into the constraints of the budget and the schedule. Do we really want medical decisions to be made for reasons other than the healthcare needs of the patient? Will we be comfortable with the longer waiting lines?

One definition of high-quality healthcare is: Doing the Right Thing, at the Right Time, for the Right Patient. This simplified definition of quality leads to a high chance of a positive outcomes for the patients and society as a whole. For care to be considered high quality the procedure not only needs to be done well, but it also needs to lead to a positive outcome for the patient. It is not considered high-quality care
just because it was done by a highly rated physician, it is considered high quality care when it is part of a plan that has the highest chance of leading to a positive patient outcome.

Timing is everything in healthcare, and much of the potential waste in the current US system is from the timing of services. It could be that a procedure is rushed that was not needed, or a test was delayed and led to potentially avoidable days in the hospital. Extended wait times can become a barrier in healthcare quality, and in order to achieve the highest quality of care timing is important. Waiting in a queuing line to get a procedure could lead to a healthcare outcome that are not desirable. The procedure may lose much of its effectiveness by not being performed during at correct or most appropriate time in the course of treatment. It is hard to imagine that anyone that has a torn ACL would be willing to wait the 39 weeks for a procedure as is currently the case in Canada. The additional damage to the knee could be significant, and impact other parts of the patient’s health. Even worse, if a patient is diagnosed with Cancer and they are required to wait many weeks to start treatment, this could lead to a much longer recovery or even death.

There are economic reasons that waiting times would hurt society as well. When delaying care for major health concerns it often leaves patients unable to work and unable to function at a high level in society. Suddenly the wait times are not just annoying to the patient, but they are causing material deterioration in their health status, work ability, and potentially their life span.

The idea of trying to decide who deserves care also lends some thought to the “Death Panel” rhetoric that was very active around 2009. The term “Death Panel” was coined to spark fear of government control of healthcare. While not part of any legislation, the misconception was the government would decide whether certain Americans deserved care based on their value to society or whether a particular service should be provided under the program. It could be a decision that a person has reached an age that they are no longer productive in society, or a child is born with a disability that may not consider them “worthy of medical care”. Under a government run socialized healthcare system, these fears may be stoked again as there will be judgements made not just on what the right course of treatment should be, but also who deserves to get the treatment.

It should also be noted that the current US healthcare system would benefit from higher levels of managed care and more systematic thought to what healthcare should be delivered. In fact, I believe that the cost of the healthcare system could be reduced by about 1/3 through effective care management and the overall improvement of the health status of the patients. We need to slow down the FFS mentality that is allowing more services to be performed without being concerned with evidence-based care guidelines. Primary care networks or Gatekeeper models work well to help manage care and allow for more checks and balances to who is getting care, when they are getting it and also what is being rendered. The resurgence and acceptance of Value Based Reimbursement has shown that more and more people are recognizing the need to manage care better and we are starting to incentivize those physicians that are doing it well.

Americans need to be careful what they wish for. Moving towards a government run socialized healthcare system will add additional wait times, lower flexibility, and incur huge costs to the country. Medicare for All would not lower the total cost of the healthcare system, but rather would raise it. This also could have negative effects on the quality of care delivered especially in the availability of care for patients that need it. We do have an uninsured problem in the United States, but that can be solved much more effectively than handing over the reins to the government to provide us all healthcare. Innovation is often stifled in socialized healthcare systems and being in a country that prides itself in innovation it could create a vacuum that would hurt the future health of all people in the world. If quality healthcare for all Americans is the goal, then we need to increase the use of effective care management, we need to hold people more accountable for their own  health, and we need to make quality of care the top priority.

As much as Americans believe that they are crockpots and can be patient, we are more like microwaves and want things fast and on our own terms. Extended waiting lines will not work in the American system and would decrease the quality of our system as a whole.