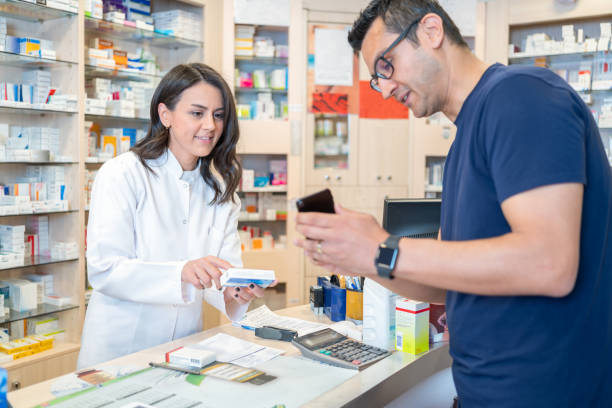 Series of bills would provide additional regulation of PBMs in Oregon

Numi Rehfield-Griffith, senior policy advisor for the Division of Financial Regulation at the Department of Consumer and Business Services (DCBS), said PBMs perform several functions on behalf of insurers.

“This includes negotiating the net price of a drug, what is actually reimbursed to a pharmacy, and what is paid to the manufacturer,” Rehfield-Griffith said. “Typically, this includes the negotiation of rebates.”

When insurers are paid rebates, they generally receive them months after a transaction, Rehfield-Griffith said.

“They won’t be able to tell, necessarily, which drug or even which drug company a particular rebate dollar is associated with,” she said. “Even though the PBM is theoretically operating on behalf of the insurer, details about rebates are a very closely held secret of PBMs. Frequently the insurer itself won’t have a lot of the details that the PBM has about which drugs are covered by a particular rebate.”

Academics have pointed out that rebates, as they’re currently structured, may create an incentive for higher drug list prices, Rehfield-Griffith said. This can lead to higher drug prices.

The PBM market is very consolidated, with 80% of the market controlled by three companies: CVS/Caremark, Express Scripts, and OptumRx. There are 54 PBMs registered in Oregon.

“That sort of vertical integration has a potential to create conflict of interest,” Rehfield-Griffith said. “For example, a PBM could utilize a benefit design that steers patients to filling prescriptions at a pharmacy which is co-owned with them or is otherwise affiliated.”

Maximum allowable cost (MAC) mandates that a PBM cannot reimburse a pharmacy for less than the pharmacy’s acquisition cost. But industry professionals have concerns about MAC mandates as well.

“The potential problem with MAC comes up because there is a concern, particularly from small and independent pharmacies, that if they have to pay a manufacturer or wholesaler to get the drug, [it] is going to be more than what they are being reimbursed under the MAC list,” Rehfield-Griffith said. “So they’re actually losing money by dispensing to the patient.”

DCBS has been directly regulating PBMs since 2014. Rehfield-Griffith provided some examples of instances in which PBMs were not in compliance with the law concerning MAC appeals processes. One example included a PBM providing out of date or nonresponsive contact information.

“We’re aware of one case where a PBM supplied a contact number for pharmacies to submit MAC appeals [to] and the phone number was actually disconnected,” she said. “That goes beyond just not answering the phone.”

DCBS has also seen reports that PBMs approved an appeal, but did not increase the payment to the pharmacy after approving that appeal. Complaints that are heard most frequently by DCBS concern PBMs denying an appeal, but failing to provide a realistic source for a specific drug that is available at a MAC price.

“They will provide a source [that] is available at a volume which a small pharmacy isn’t able to purchase at because their business doesn’t require purchases at that volume,” Rehfield-Griffith said.

DCBS has the authority to deny, suspend, or revoke a PBM registration for violations. It can also leverage a civil fee of up to $10,000 per violation of the insurance code. However, it hasn’t actually tested that authority at any point in recent years, Rehfield-Griffith said.

Ralph Magrish, executive director of the Oregon Prescription Drug Affordability Board, said the board is expected to make recommendations to legislators. In its inaugural year, it has made one recommendation related to rebates in the pharmaceutical process.

“It will require both PBMs and group purchasing organizations who are used or owned by PBMs to operate rebate programs to report aggregated rebate amounts and other payments from manufacturers annually to our drug price transparency program,” Magrish said. “Rebates are a big part of the drug price transparency picture, and this is a piece that remains in a black box, quite honestly.”

The board has also been working on a legislative concept that addresses a number of issues related to pharmaceutical pricing, Magrish said.

“There is at least one other bill that would require even more detailed granular reporting to the drug price transparency program,” Magrish said.

“White bagging is the practice of payers requiring patients to use a select few specialty pharmacies to dispense their physician-prescribed or provider-administered medication,” Scharf said. “The medications are shipped directly from these specialty pharmacies, which are often owned by the PBMs. This arrangement bypasses the safety process used by clinics and hospitals, and forces them to use the medications they are not providing or in control of.”

Committee members did not take any action on the bills, but Scharf urged members to send them to a floor vote during future hearings. The committee has additional bills dealing with PBM practices on their agenda for Wednesday.