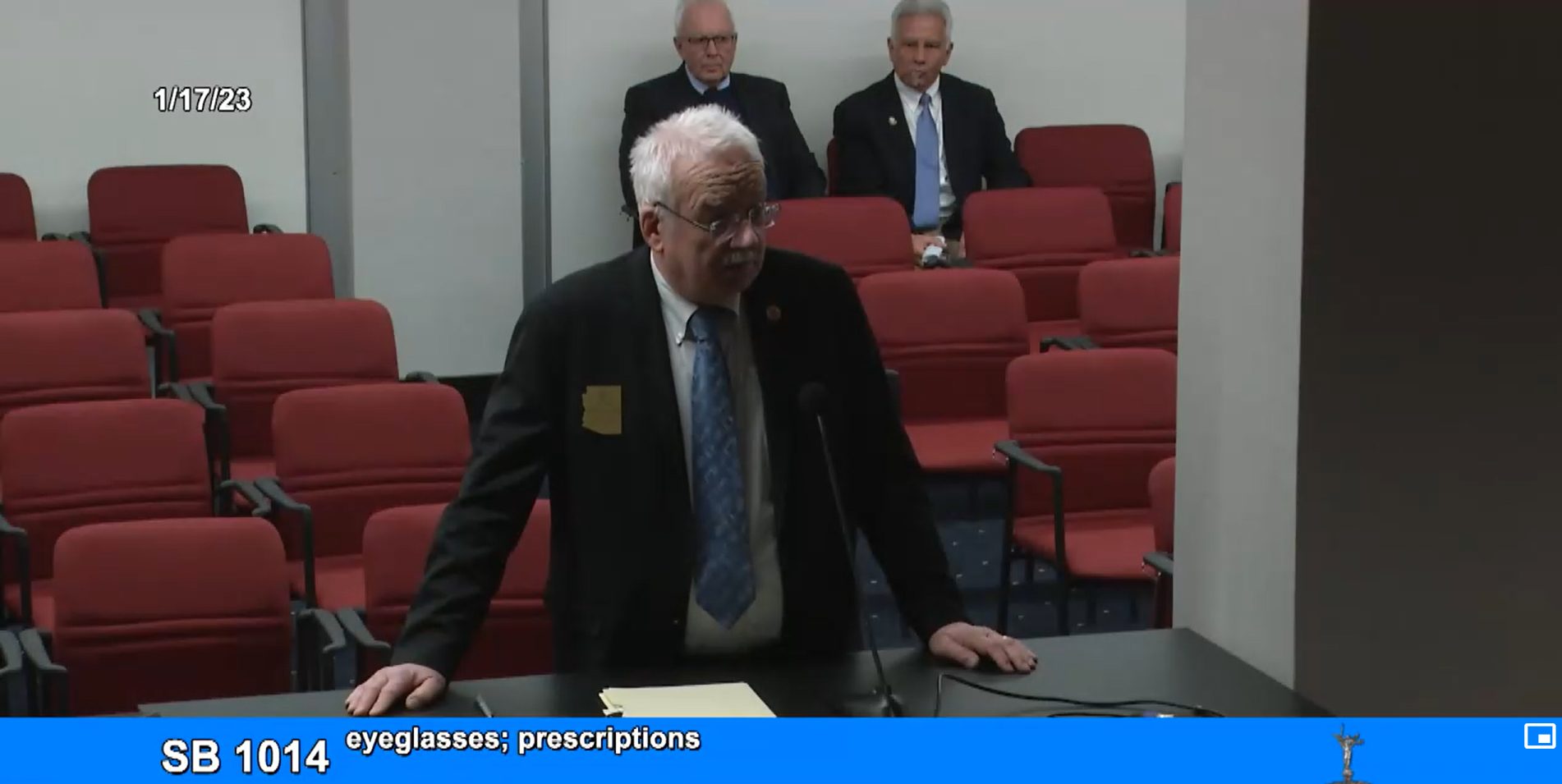 On January 17th, members of the Arizona Senate Health and Human Services Committee unanimously passed Senator John Kavanagh’s (R – Cave Creek) Senate Bill 1014, which allows a prescription for ophthalmologic lenses, excluding contact lenses, to be valid for two years unless otherwise specified by the prescribing physician or optometrist. This vote comes after the committee unanimously passed two bills related to speech and hearing.

Don Isaacson provided testimony on behalf of the Arizona Optometric Association, a statewide organization complete with prescribers who do the bulk of optometric visual prescribing in Arizona.

“When we saw the bill from Senator Kavanagh, it’s mostly right, but I think it creates an expectation that for everyone absent of medical condition, you should go two years between exams, and that your basic presumptive time for a valid prescription is two years,” Isaacson said.

Issacson acknowledged how vision for both young and old people is evolving, and told Sen. Kavanagh about the association’s support for the bill, although they discussed an amendment that would recognize age and medical conditions as factors to deviate away from the two-year mark.

Bringing personal experience to the meeting, Sen. Kavanagh described how he needed a new prescription for eyeglasses after about five years. When he went to the eye doctor, he asked for a prescription that would expire in three to four years, but the doctor could only write a prescription lasting one year.

Prescriptions for contact lenses will still be limited to one year, due to irritation and potential damage. Furthermore, if the ophthalmologic lens prescription is not specified for two years, the prescriber can set it to one year, or three to four years—whatever the medical professional deems best for each individual patient.

“Looks like another Kavanagh softball,” Sen. Kavanagh said following a lack of opposition from the eye care industry. SB 1014 will head to the Senate floor for further consideration.