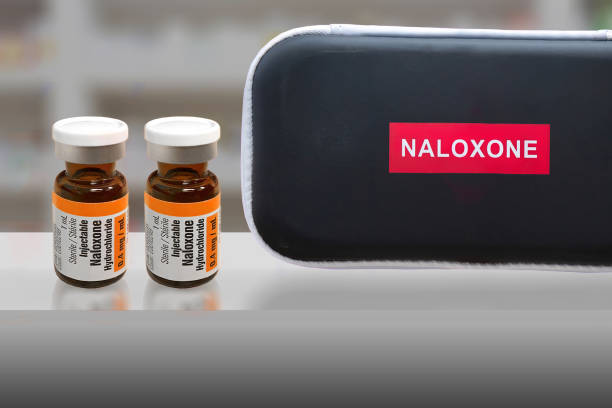 Arizona’s Naloxone Leave Behind program allows emergency responders to provide lifesaving naloxone to administer and leave behind when responding to opioid overdoses. The program was administered in 2019 by the Arizona Department of Human Services (ADHS).

State law allows Emergency Medical Services (EMS) agencies to leave behind prepackaged, intranasal naloxone, or Narcan, if an EMT determines it can be used in the future by at-risk persons, family members, or friends to reverse opioid overdoses.

Since first responders are generally in the best position to prevent-opioid related deaths by recognizing at-risk individuals and administering naloxone, the Arizona Bureau of EMS & Trauma System is encouraging EMS and law enforcement agencies to learn about the Naloxone Leave Behind program, and to order the drug at no cost through ADHS. A First Responders Comprehensive Addiction and Recovery Act (FR-CARA) grant funds the naloxone.

“We know that naloxone saves lives and we want to continue to promote the distribution and use of it among first responders and community members to reduce overdoses and opioid deaths,” Tom Herrmann, Public Information Officer of ADHS, told State of Reform.

Arizona’s Naloxone Leave Behind program is one step taken to combat the opioid crisis since Gov. Doug Ducey declared the crisis a public health emergency in 2017. The Department’s website offers resources including online training on the state of the opioid crisis and how to administer naloxone, recognizing signs of use and overdose, identifying conditions that may mimic an opioid overdose, and available assistance for those experiencing substance use disorders (SUD).

In 2022, Arizona EMS and law enforcement reported over 9,600 responses for suspected opioid overdose, according to ADHS, who stated how naloxone was administered to over 80% of non-fatal suspected overdose responses in 2022. The state’s opioid tracker shows that 1,504 opioid deaths occurred in 2022 in Arizona, making the opioid fatality rate 2.6 deaths per 100,000 people.

Law enforcement agencies, county health departments, hospital and medical center emergency departments, and community-based organizations such as substance use prevention coalitions, harm reduction organizations, and family and homeless shelters, are encouraged to order naloxone at no cost. Members of the public can pick up naloxone at any local pharmacy without a prescription, and while it’s covered by most insurance companies, the cost may vary.

“Although we do not have recent Arizona-specific data on this new program, Naloxone Leave Behind programs across the nation have shown that training people how to recognize an overdose and give naloxone makes a significant impact,” Herrmann told State of Reform. “National and international studies show that increased access to naloxone reduces deaths and decreases drug use and risky behaviors.”

A study published on October 31st, 2022, by the National Library of Medicine conducted the effectiveness of Naloxone Leave Behind programs in San Francisco over the course of one year. The researchers created a naloxone training and low barrier distribution program called, “Project FRIEND,” which stands for First Responder Increased Education and Naloxone Distribution.

Naloxone kits were labeled for registration and data tracking. In the study, EMTs and paramedics were asked to distribute naloxone to anyone deemed at risk of experiencing or witnessing an opioid overdose.

“We describe a successful implementation and highlight the feasibility of a low-threshold, leave-behind naloxone program. Collaboration with multiple entities was a key component of the program’s success,” stated the study.