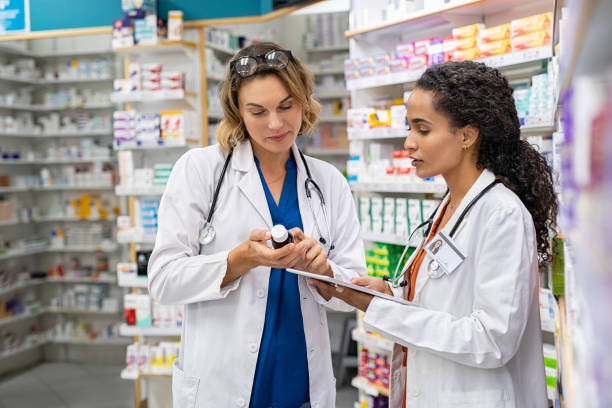 Despite recent reform laws, Washington pharmacies say they continue to face challenges in working with PBMs

Ryan Oftebro, CEO at Kelley-Ross Pharmacy Group and President of the Washington State Pharmacy Association, said Kelley-Ross operates five pharmacy locations in Seattle. The pharmacy serves a disproportionate share of Medicaid patients, has dispensed thousands of narcan kits to people at risk of having or witnessing a drug overdose, and has administered more than 20,000 COVID-19 vaccines, he said.

“Unfortunately, our ability to care for our most vulnerable is under a very real threat,” Oftebro said. “PBM business practices are harming patient access to quality care in communities all over Washington. I’m here to share our experiences of the predatory business practices of PBMs operating in Washington and their impacts on the patients we serve.”

PBMs were created in the 1960s to perform the administrative transaction of processing prescription claims between insurers and pharmacies. They also set reimbursement rates for pharmacies.

“They have grown wildly in power and control,” Oftebro said. “Current reimbursement rates reflect drug prices that are not available to me anywhere in the legitimate marketplace. PBMs have total contractual leverage. Contracts with pharmacies are take it or leave it. There’s no meaningful negotiation.”

“PBMs can economically incentivize patients in pharmacies they own by setting different copays at different pharmacies, including out-of-state and mail-order businesses,” he said. “PBMs have been able to do these things because they operate essentially unregulated at the state and federal level. We’ve seen increasing consolidation and integration in the PBM insurance carrier landscape over recent years.”

Oftebro said PBMs are categorizing medications used to treat and prevent HIV as specialty medications, which can impact a patient’s ability to acquire them.

Kelley-Ross had to make a decision on whether to continue filling HIV medications, which meant it would be required to complete a PBM’s specialty accreditation process, Oftebro said.

“The first thing we were told was we would have to leave our [Pharmacy Services Administrative Organization], the entity that attempts to negotiate contracts on our behalf,” Oftebro said. “We had to accept burdensome accreditation requirements and we were required to pay thousands of dollars of fees before we would be allowed to see the specialty contract being offered by the PBM. And we were given a significantly lower reimbursement contract.”

In 2021, PBM reclassified generic rosuvastatin from a Tier 1 drug with a $15 copay to a Tier 3 drug. Tier 3 drugs are typically reserved for brand-name medications only, Oftebro said.

“This increased the patient’s copay from $15 to $141 for a 90-day supply,” Oftebro said. “The cost to the pharmacy for this drug is around $20 to $30. The PBM then pockets this difference by making the pharmacy write the PBM a check.”

Pharmacists call the practice “clawing back,” and it refers to PBMs unfairly reducing or clawing back drug reimbursement payments to pharmacies.

PBM practices have caused Kelley-Ross to close one of its community pharmacies this year, Oftebro said.

“We were the only pharmacy in the neighborhood,” he said. “This pharmacy was actually growing, had been around for 40 years, and we were filling more prescriptions every year. The only reason we closed this location was due to the unsustainable retroactive fees from a single PBM.”

Kelley-Ross was not alone in experiencing financial difficulties. Rachel Wittenauer, a PhD student at the Comparative Health Outcomes, Policy, and Economics Institute at the University of Washington’s School of Pharmacy, said one in eight pharmacies closed between 2009 and 2015 nationally, which disproportionately affected independent pharmacies and low-income neighborhoods.

“If we can prevent closures of pharmacies we can slow or even reverse the disparity in access to these vital services,” Wittenauer said.

“This year, we received a communication from a major PBM indicating that we were being assessed a credentialing fee,” Oftebro said. “When we responded that this violated Washington law, the PBM stated that this law only pertained to non-self-insured plans in Washington. And since we were serving other patients in plans for companies like Boeing, we would be required to pay the fee.”

Donna Sullivan, Chief Pharmacy Officer for Washington State Health Care Authority (HCA), discussed spread pricing during the meeting. Spread pricing occurs when a PBM charges a health plan or payers more for prescription drugs than what they reimburse the pharmacy and keep the difference, she said.

These contract changes resulted in significant savings for generic expenditures for managed care plans, as it decreased generic drug expenditures by 46%, Sullivan said. There was only a marginal decrease (1%) in specialty drug expenditures, however.

The HCA also now requires an annual review of contracts between managed care organizations and their PBM to make sure prohibitions on spread pricing are in those contracts, Sullivan said.

“It takes a lot of expertise and resources to manage a pharmacy benefit program,” Sullivan said. “If we’re going to build it from the ground up, there’s a lot of technology required to do those claims processes. And expertise in order to maintain that technology. It’s more efficient to contract that out to a vendor who has more expertise in providing those services, and managing how they act through our contract.”

The state’s most glaring need is to ensure that any PBM operating in Washington cannot hide behind the Employee Retirement Income Security Act (ERISA) to avoid complying with regulations, Oftebro said. PBMs have often claimed that certain PBM state regulations are preempted by ERISA because these laws “relate to” ERISA-governed employee benefits plans.

“Our [Office of the Insurance Commissioner] does not maintain a list of self-insured versus non-self-insured plans, making enforcement of existing laws nearly impossible,” he said. “The US Supreme Court ruled that states can regulate PBMs because ERISA does not regulate PBM contracts and terms.

We need laws to protect all Washington patients and pharmacies from predatory activities of PBMs. We need existing laws to apply to all PBMs. And we need further protections to ensure patient choice and keep pharmacies operating and providing access to their communities.”