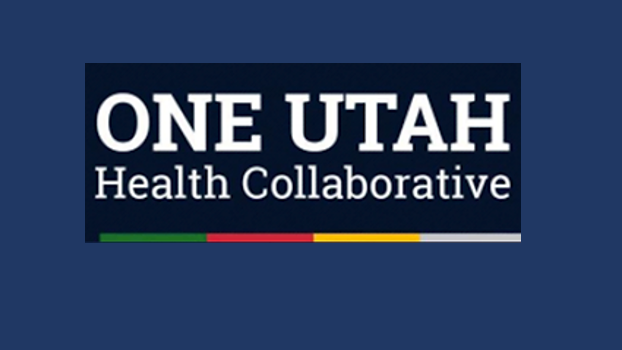 Q&A: John Poelman, Senior Director at Leavitt Partners, on outlook for One Utah Health Collaborative in 2023

John Poelman led a team that supported Governor Spencer Cox’s office throughout the design and community input phase of forming the One Utah Health Collaborative. The collaborative is a community-owned organization that is focused on enabling the health system to scale successful outcomes for all Utahns. Poelman’s efforts included facilitating community town hall meetings, aggregating ideas, and supporting the committees that formed the goals and drafted the Collaborative’s charter.

Earlier this year, Gov. Cox along with other state leaders in healthcare signed a pledge of commitment to improve affordability, equity, and outcomes for Utah’s healthcare system. Poelman shared his insights about the progress made this year and the progress to come in 2023.

State of Reform: State leaders signed a commitment to the One Utah Health Collaborative in September—what has happened with the collaborative since then? Can you summarize the value-based care work that Utah accomplished/pursued in 2022?

John Poelman: “What’s great about the Utah initiative is state leadership. It’s more than the public state leaders, it is the leaders of all healthcare organizations and non-healthcare organizations who are committed to advancing values of cost and quality and equity. The Governor was the ringleader on this one and he led the charge, but I think we see him more as the convener.

If you look at the list of those who signed the pledge and even gave their own commitments, it’s quite long. You’ll see the highest profile organizations in the state healthcare leaders and you’ll also see some smaller community-based organizations, maybe ones you haven’t heard about.

And that’s sort of the magic of what the collaborative is doing. It’s very inclusive. What you did see along with those signatures, there’s a pledge that’s pretty basic, and people could sign on to it. But these different organizations also submitted their own customized pledges to take certain actions. So for instance, the University of Utah is going to double down on the intensive outpatient clinic that they form which is really trying to give all the wraparound services to some of the individuals with the highest needs that are on their [Medicaid] health plan.

Medicaid came out with some bold commitments to move to value. Most of those begin in 2023. This is a stark indicator then. The Public Employees Health Plan also is an organization that has a lot of influence and made some commitments. What’s most exciting about these commitments is that everyone’s making their own efforts.

As far as what’s happened in the Collaborative since then, this is a really big machine to put together. We went through a very long design phase, and that was important in getting people rallied around the concept. To really bring everyone to the table takes a lot of work just to start those conversations and get oriented.

They have hired an Executive Director, his name is Jamie Wissler. He’s great. He actually does not have a healthcare background. And I think that’s one of the things that makes him most effective, because he’s not coming in with any baggage or bias. He’s coming in with a blank slate, but brings good leadership qualities.

He’s been making the rounds and [done] a lot of listening. He’s done some convening already, and sort of sizing up the next steps, which pilots to support and how to really form and build his staff. So I think it’s still going to be a quieter year, coming into 2023, but it’s just because it takes a while to build that foundation.”

SOR: What will the One Utah Health Collaborative be working on in 2023 and what are their top priorities for the new year?

JP: “[During] that design phase, which was really a community process, they came up with four priorities: Primary care, behavioral health, data infrastructure, and coverage and access. Those four priorities, they’re pretty broad, but they gave the [Collaborative] leadership some guardrails to say, ‘What are the priorities that we have?’

One thing you will see is some identification of existing innovation going on in Utah, [that] might be a pilot program or a siloed program between one provider and one payer that will be promoted and we’ll try and get additional people to build upon it. Another activity of the collaborative is it wants to help validate what programs are really working so we can determine whether things are scaled.

Program evaluation is one of the most important things because something might sound like a good idea, and it feels intuitive, but you’ve got to dig into some data and see what’s working. The Collaborative is going to play a role in identifying some initiatives. They can evaluate and, if proven effective, promote broadly. The other element [the Collaborative] just needs to keep doing is convening, getting people to the table, having meaningful conversations, aligning people up, [and] building out its own staff.”

SOR: Looking to the future, are there any central challenges Utah faces in more wide-scale implementation of value-based care? What hurdles will need to be overcome?

JP: “In Utah, you have all the same challenges of moving to value-based care that you have in any other state. There’re some economic forces that go against it. There’s some inertia, there’s just misunderstandings and education that’s required, sort of the groundwork of any value-based initiative. What Utah has going for it is a real curiosity to change and to look for ways to change together.

I think the whole collaborative was not framed around value-based care specifically, because value-based care is a really important concept and tool in order to get to really positive outcomes and achieve its aim. But oftentimes value-based care gets conflated with very specific alternative payment models that are structured with very strict parameters by CMS or other payers. What Utah is taking is a broader look at what value-based care is. What is the right thing to do with the patient? And some of those will come into those strict APM models and others will come into just better networks and community connections, which will enable better outcomes.

Utah is not a state which is coming in strong with mandatory changes, like requirements to adopt value-based care that you might see in some states where the Medicaid program is really forcing on a strong schedule the percentage of payments to providers [that] needs to be under alternative payment models. That’s not the approach Utah has taken.

So I think that can be a challenge in some ways, but as the culture of our state is, we’re not a mandate state. So I don’t think that type of approach is the Utah way. But again, what we have going for it is really a lot of goodwill and enthusiasm to do the right thing in healthcare. That will inevitably surface more models that are proven successful through value-based care.”