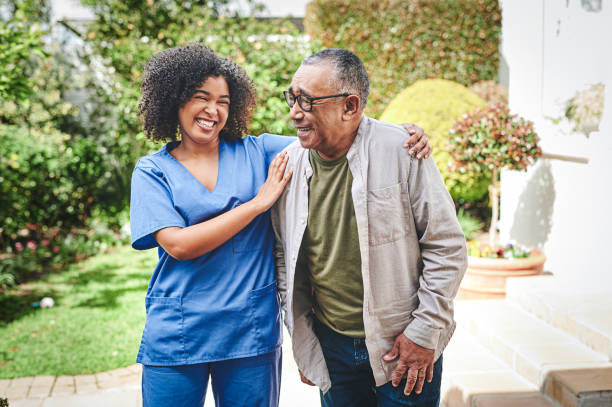 Staff at the Washington State Department of Social and Health Services (DSHS) discussed the need to bolster the state’s long-term care workforce and wages during a Joint Legislative Executive Committee on Planning for Aging and Disability Issues meeting on Tuesday.

Bea Rector, Assistant Secretary of DSHS’s Aging and Long-Term Support Administration, said workforce shortages have led to long-term care clients waiting longer than they ever have to access needed services.

“We are averaging about 60 days for somebody new to services to get an in-home paid care provider,” Rector said. “Or if somebody loses a paid care provider, it might be as many as 60 days to get a new one. In some of our geographic areas the wait might be closer to four months. And in rural areas, or with individuals with complex needs, it can be longer.”

“While the initial decline was in part due to the pandemic, the nursing facility system has not been able to return to pre-pandemic levels because of workforce shortages,” Rector said. “And they’re leaving beds unfilled, not because there isn’t a demand for them, but because they do not have the workers to provide care to people were they to admit them into those beds.”

With fewer individuals providing long-term services, clients have fewer options for choosing who they receive services from and which settings they can receive them in, Rector said.

“For clients who are Black, Indigenous, persons of color, or from LGBTQ communities this can be exceptionally challenging,” she said. “They may not be able to find a caregiver who can deliver culturally competent care, or who speaks their primary language, or cooks their preferred food.”

The crisis around workforce shortages is predicted to get worse as the state’s population ages, Rector said. The caregiver ratio (the number of potential caregivers per individual needing care) is predicted to drop from where it currently is (6 to 1) to as low as 3 to 1 by 2040, she said.

Rector also discussed challenges in attracting long-term care workers due to low wages. She said their wages are not keeping pace with minimum wage increases.

“Over the last 10 years, the purchasing power of long-term care wages has fallen by almost 10%,” Rector said. “Long-term care is difficult work. It needs to be appropriately compensated in order for individuals to be interested in entering this workforce and, more importantly, staying in this workforce.”

Boosting pay for long-term care workers will require a variety of initiatives and reforms, Rector said.

“We have put forward some requests, legislation ideas, and some decision packages for consideration by our governor related specifically to our Medicaid rate methodologies,” Rector said. “There’s also a tentative collective bargaining agreement that has been put forward that would make important investments in our state’s adult family homes.”

“Our rate methodology is in statute so any changes would mean [requesting] legislation,” she said.

The current Medicaid assisted living facility rate methodology is funded at only 68% of the standard model, Rector said.

“What this means is that all components, including direct care worker wages and benefits, are funded at lower levels than what the facilities have to pay in this competitive market,” she said. “And they’re struggling, as a result, with staffing vacancies. We need to increase the direct care portion of the methodology so we can increase the capacity of these providers to want to and be able to serve Medicaid residents.”

Adult family home worker rates are governed by a collective bargaining agreement that is negotiated between the governor and the Adult Family Home Council, Rector said.

“The tentative agreement for the 2023-25 biennium includes significant investments in adult family home rates,” she said.

Rector recommended some other options for bolstering the long-term care workforce, including:

“Having a robust and qualified workforce is really key to addressing our DSHS goals of serving individuals in their setting of choice, as well as ensuring equity for this low-wage workforce, who are largely women, people of color, and immigrants,” Rector said.