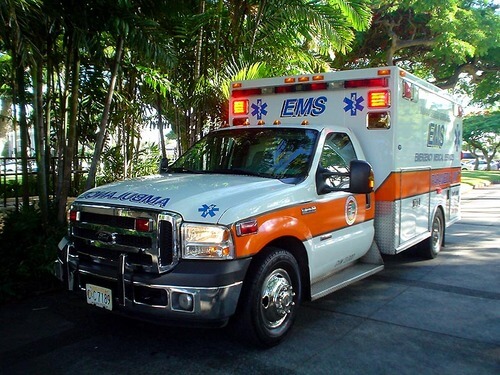 Rural fire districts in Arizona will not be receiving supplemental funding through a new statewide sales tax anytime soon, according to results of the November 8th election.

Proposition 310, or the Sales Tax for Fire District Funding Measure, would have created a 0.1% sales tax for 20 years to provide funding for the state’s fire districts. Voters ultimately failed to pass the measure by a 52% majority, with 1,144,494 voters approving the measure and 1,230,042 voters rejecting it.

According to the Arizona Public Health Association (AzPHA), urban, suburban, and tribal voters in the state were generally more willing to pass the measure than rural voters.

Will Humble, Executive Director of the AzPHA, says these funds are “badly needed.” In a blog post, Humble emphasized the major disparities in EMS care in urban/suburban areas and rural areas in the state.

“We have 2 unequal emergency medical service systems in Arizona,” Humble said about the measure. “Folks who live in cities and towns enjoy well-performing emergency medical systems that have up-to-date equipment, staff, and training.

Residents of rural Arizona (especially unincorporated areas) don’t enjoy the same level of emergency medical services as urbanites. It’s not just because of the long distances the responders travel when responding to 911 calls. It’s because rural areas simply don’t have the resources to provide the same level of service that we take for granted in urban and suburban Arizona.”

Voters in Arizona did approve Proposition 132, which will require a 60% vote to pass future ballot measures that approve taxes. Humble explained that, due to the passing of this measure, if an alternative to Proposition 310 is proposed in the future, it will need a 60% majority vote to pass.

“[Proposition] 132 was successful in large part because of strong support in rural Arizona,” Humble said in a recent blog post. “As a result, EMS care in Arizona fire districts will likely continue to be substandard in perpetuity because passing a future proposition that includes any kind of tax is likely unachievable.

Rural Arizona voters missed perhaps their only opportunity to infuse funding from urban and suburban voters to subsidize their fire and EMS districts. It would also take a 60-40 vote to increase the property tax cap in rural fire districts, meaning improving EMS care in AZ will be next to impossible now.”

“If enacted, all Arizona taxpayers would be forced to subsidize 1.5 million other Arizona taxpayers despite already paying taxes for fire and emergency services in their own communities,” the Arizona Free Enterprise Club said in a statement. “This is not only redistributive, but it’s unfair. And that’s not the only problem. This policy is essentially a bailout for fire districts who have recklessly and wastefully spent taxpayer money. Having Arizona’s taxpayers indiscriminately subsidize districts that are not good stewards of taxpayer money is a perverse incentive.”