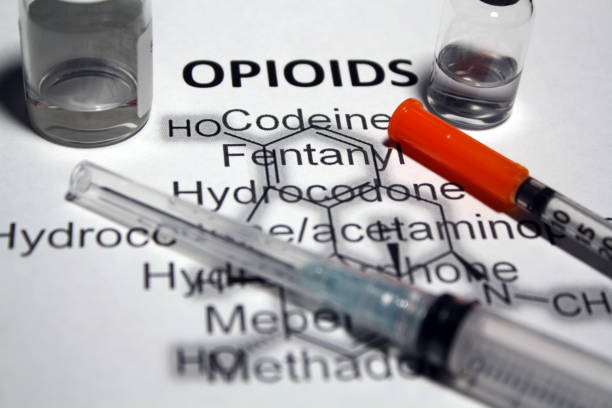 On November 2nd, prior to his reelection as Texas Attorney General, Ken Paxton announced that the state was entering into a $5 billion multi-state settlement with CVS Pharmacy for its inadequate monitoring of opioid prescriptions.

Texas is expected to see an additional $276 million from the deal to the more than $4 billion it has secured in opioid settlements since 2020 from manufacturers and distributors.

Texas harm reduction advocates say while the money is important, the state’s policies themselves are contributing to the opioid crisis and that without policy changes, the problem will continue to persist.

“There are some really steep barriers that we have to surmount here in Texas in terms of actually reducing overdoses that have to do with policy,” said Aaron Ferguson, Texas Outreach Manager for Community Medical Services. “Some of the most evidence-based policies that we can be implementing right now are not currently allowable, by law. So we have to operate within the framework of what we have.

As far as the opioid settlement funds go, when it comes to specifically harm reduction services, there’s not a lot that we can put funds toward from aboveboard standpoint, in terms of harm reduction in Texas. And we’re going to need some policy changes in order to be able to do that.”

Last month, Ferguson and a panel substance use disorder (SUD) experts called on the legislature to pass a more comprehensive “Good Samaritan” law that would protect those reporting overdoses from prosecutorial action.

Advocates say decriminalizing and destigmatizing drug use at the policy level are necessary to help people get better, such as the implementation of safe consumption sites which medically supervise illicit drug use to prevent overdoses and treat SUD.

Ferguson said the state should invest in this medication-assisted treatment because it has been proven to significantly reduce the death rate.

“There are two primary barriers that I see in Texas with regards to access to medication assisted treatment,” Ferguson told State of Reform. “The first of those is funding for methadone specifically. And we have had a contract with the Health Department in Texas for the last five years I’ve been in this role that has consistently been very underfunded.

We’ve had much more demand, an order of magnitude more demand than that funding could cover. And I’ve had to spend a lot of time and effort trying to track down funds from other block grants or have other providers come in and spend their supplementary funds with us, despite the fact that our company has a capacity to treat as many people and hire as many providers as is necessary to offer this to every person with opioid use disorder who is asking for it.”

The money goes directly to abatement programs in hospital districts across the state as well as targeted allocation to groups and organizations involved in opioid abatement and harm reduction work.

HHSC receives the money directly from the Opioid Abatement Fund Council and has been allocating the money to naloxone distribution and other medication-assisted treatment for opioid use disorder. But the state bans safe injection sites and the distribution of clean needles and drug testing kits, which harm reduction advocates say are tools to keep people safe and alive.

The House Committee on Public Health has been studying the impact of fentanyl-related overdoses and deaths across the state in its interim charge and is expected to make recommendations during the 88th Legislature.

Ferguson said he is guardedly optimistic about the upcoming legislative session and the progress it will make on harm reduction services.

“We’re not to a point in the legislature in Texas where harm reduction services are being openly discussed, and being presented as a very effective solution to addressing this problem,” Ferguson said. “We’re still at the point of trying to argue for why people should either be incarcerated, forced into abstinence-based treatment, or just told that they need to stop using drugs.

At the end of the day, we’re going to be fighting an uphill battle no matter how much money we have. No matter how many resources we have to throw at this, if we’re not engaging in those very basic evidence-based harm reduction strategies for engaging people with healthcare, engaging people with overdose prevention, we’re going to continue to fight an uphill battle and the funds may well wind up in places where they’re not very effective.”