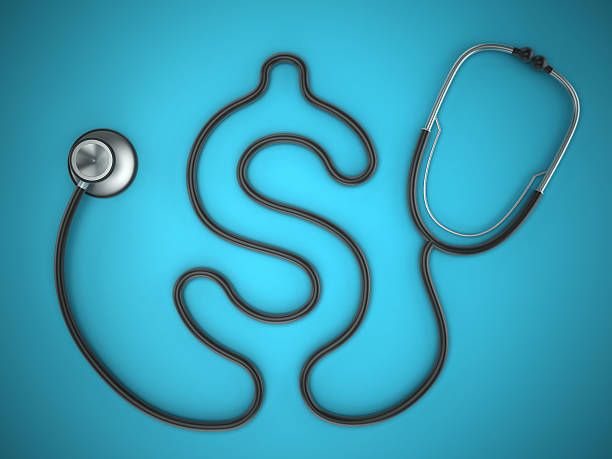 The Legislative Analyst’s Office (LAO) estimates a decrease in Medi-Cal General Fund spending in 2023-2024 but predicts increases in spending in the longer-term, according to a newly published report.

The significant savings in 2022-2023 Medi-Cal spending can be attributed to additional enhanced federal funding for Medi-Cal that comes with the extension of the federal public health emergency (PHE) into at least January 2023, according to LAO.

LAO notes, however, that these savings will be partially offset by increased caseload costs stemming from the extension of the continuous coverage requirement of the PHE. LAO estimates an increase in spending on caseload costs in 2022-2023 of $130 million, as well as an increase in the number of senior Medi-Cal enrollees, who typically have higher General Fund costs.

The graph below shows the LAO’s projection for Medi-Cal spending in 2023-2024. 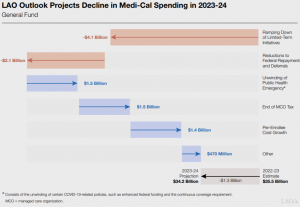 Looking ahead, LAO estimates Medi-Cal General Fund spending to increase to over $38 billion in 2026-2027. LAO projects caseloads to increase gradually, following the decline in caseload as a result of eligibility redeterminations once the PHE ends, due to the expected increase in the overall state population and unemployment rates LAO predicts this will lead to a higher number of Californians being income-eligible for Medi-Cal.

LAO also emphasizes key uncertainties that will play into the actual amount of Medi-Cal General Fund spending in the years to come. These include an uncertain end date of the federal PHE, varied demographic and employment trends, and the uncertain impacts of inflation and upcoming policy changes on Medi-Cal spending.

LAO says some recently adopted changes to the way Medi-Cal services are delivered and paid for have yet to be implemented, and their fiscal impacts are thus currently difficult to quantify.

“For example, over the outlook period, DHCS plans to implement a number of changes affecting managed care health plans in Medi-Cal, including which plans will participate in Medi-Cal and how their rates will be set,” the report states. “Depending [on] how these changes impact service costs, utilization, and quality, they could, on net, increase or reduce overall General Fund Medi-Cal spending. In addition, many of these policy changes are interrelated, further adding to the uncertainty.”