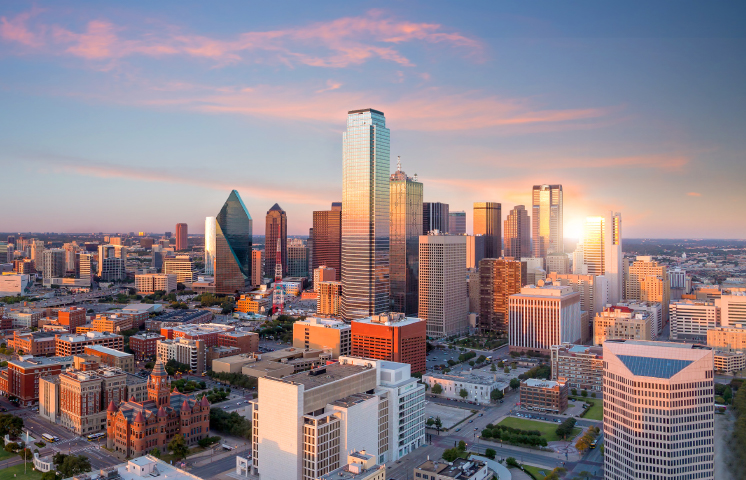 In his 2022 State of the City address on Tuesday, Dallas Mayor Eric Johnson highlighted the progress made on homelessness this year.

As part of a $72 million regional plan, the Dallas Real-Time Rapid Rehousing (DRTRR) initiative brought together the city, county, and philanthropy with the goal of housing 2,700 people living on the streets of Dallas, partnering with nonprofits and service providers to provide those individuals with subsidized, supportive housing and health and social services.

“Our regional Real-Time Rapid Rehousing initiative has taken nearly 1,300 people off our streets in the last year alone,” Johnson said in his address. “And through a new master leasing program, which we funded through a budget amendment that I proposed this year, we can expedite that effort.”

The city of Dallas estimates more than 300,000 residents live in poverty and nearly 600,000 live in housing distressed households.

DRTRR is on track to meet its housing goal for the year, according to Joli Robinson, President & CEO of Housing Forward. Robinson told State of Reform the initiative has brought the region together and is having an impact.

“The work happening across our Homeless Response System in Dallas and Collin Counties is tremendous and is leveraging the strengths of a variety of agencies, nonprofit organizations, direct service providers, and municipalities all in our efforts to effectively serve and house our neighbors experiencing homelessness,” Robinson said.

“We continue to face challenges and increased pressure at the front-door of many of our direct service providers and shelters as we see rising rental costs and a lack of ongoing support and investments for those often living in already precarious situations. More work must be done to create and maintain safe, stable housing that is truly affordable for individuals and families across the income spectrum.”

Johnson plans to appoint a task force in the coming weeks that will develop recommendations for better coordinating the city’s homelessness response. But he said federal, state, county, and neighboring city governments all have a bigger role to play in the solution.

Over the past 4 years, Dallas has secured $14 billion for new housing development, with billions more in the pipeline, according to Johnson.

The city’s strategic plan on housing was amended earlier this year to expand the Mixed Income Housing Development Bonus program, which incentivizes development of mixed income multifamily and mixed-use housing through various zoning bonuses. The city’s lack of affordable housing in the city has contributed to a median gross rent of $950.00

The city’s Office of Homeless Solutions (OHS) launched a website this week to connect organizations and community members to the city’s emerging housing solutions with resources and information.

Housing Solutions for North Texas, which provides affordable housing opportunities to more than 55,000 residents across Dallas County, launched community healthcare hubs with Parkland Health system at 2 of its public housing sites in Dallas earlier this month.