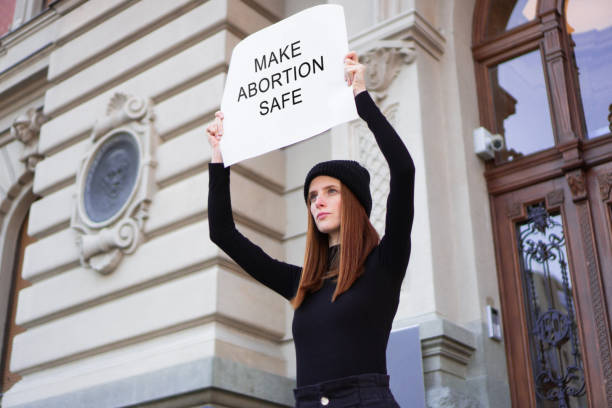 Washington health officials have been preparing for an influx of abortion seekers since the US Supreme Court (SCOTUS) overturned Roe v. Wade and activists have initiated an advertising campaign to ensure those who come to Washington from other states are aware of protections in place for those services.

Mercedes Sanchez, Director of Communications for Cedar River Clinics, is working with the Northwest Abortion & Gender Justice Coalition to install billboards in Spokane and Yakima to inform abortion seekers they are safe in seeking services in Washington.

The “Dear Abortion Seeker” signs will be placed near the Idaho-Washington border, a response to the near-total abortion ban that was spurred by the Idaho Supreme Court’s vote that declined to stop a Republican-backed state law criminalizing nearly all abortions in the state following the SCOTUS ruling on Roe.

“We wanted to let people know that Washington has legal protections for abortion,” Sanchez said. “Part of the idea was a reaction to the abortion ban that the state of Idaho passed. The billboards say that Washington protects abortion providers and welcomes abortion seekers, and that they’re safe here. That is for visibility and to comfort out-of-state patients coming to Washington for care.”

Campaign organizers will place at least 2 billboards in both Yakima and Spokane. They are scheduled to be installed sometime during the week following Halloween. Sanchez said the billboards will also serve as a reminder of the reproductive freedoms available to Washingtonians.

“It’s also for people in Washington,” Sanchez said. “There’s always the danger of complacency. And many legislators are up for election or reelection now. We want to make sure to keep Washington safe and maintain those legal protections, so I encourage people to vote for pro-abortion candidates. All the polls and surveys show the majority of Americans support abortion rights in some form, and I think that’s important in this election.”

In June, the governors of Washington, Oregon, and California launched the Multi-State Commitment to Reproductive Freedom to defend access to reproductive health care, including abortion and contraceptives, and committed to protecting patients and doctors against efforts by other states to export their abortion bans to those states.

Cedar River Clinics has locations in Seattle, Renton, Tacoma, and Yakima. Its original abortion clinic was founded in Yakima in 1979, but that clinic had been closed for a significant amount of time. It reopened shortly after the SCOTUS decision was leaked, Sanchez said.

“It turned out to be perfect timing to reopen,” she said. “We were seeing patients driving to our [Seattle area] clinics, and their wait times were getting longer. We were hearing about wait times of up to six weeks or so. So we started moving forward with reopening our Yakima clinic.”

Many patients in the Yakima area do not have reliable internet service, so the reopening of the clinic also provided a way for them to communicate with doctors in the Seattle area they had been working with, Sanchez said.

“We had started doing telemedicine and had heard that people in more rural communities had trouble accessing reliable internet service,” she said. “Our Yakima clinic was opened as a telemedicine satellite. Now, after the SCOTUS decision, it is a full-service in-person clinic where we are able to help people from Washington and those coming to us from other states.”