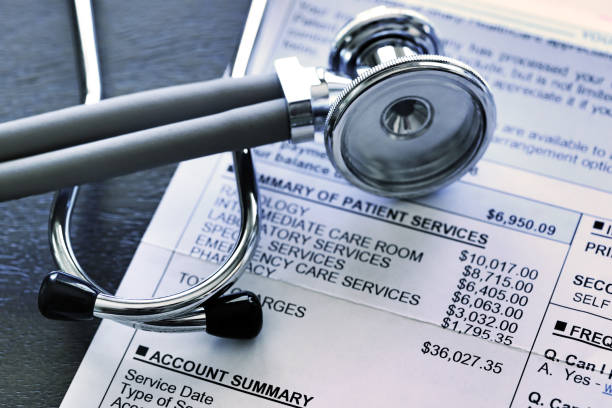 Recent data from CMS shows that Colorado spent $4 billion less than the national average on hospital care in 2020.

The average per capita health expenditure in Colorado that year was $3,163 compared to the US national average of $3,855, which meant that Coloradans spent $692 (18%) less per person on hospital costs than the average American. 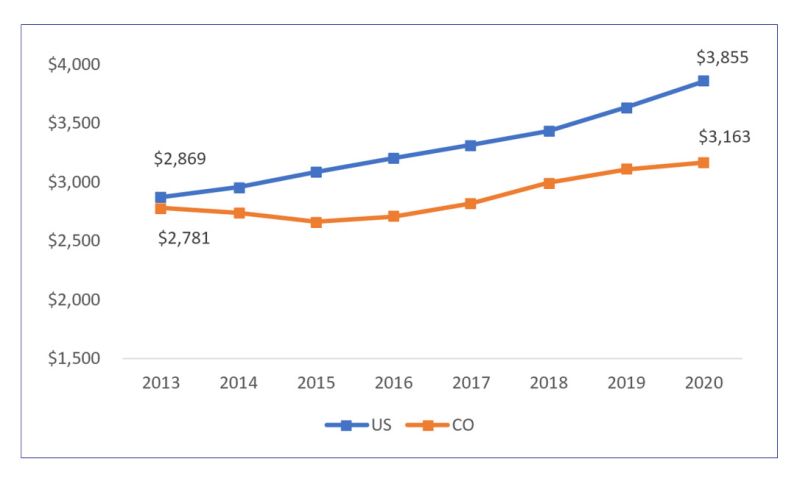 Changes in average per capita health spending between Colorado and the rest of the country. Source: CHA

Household spending on hospital care in Colorado was the second lowest in the country behind Utah, representing an average of 4.1% of Colorado families’ income. 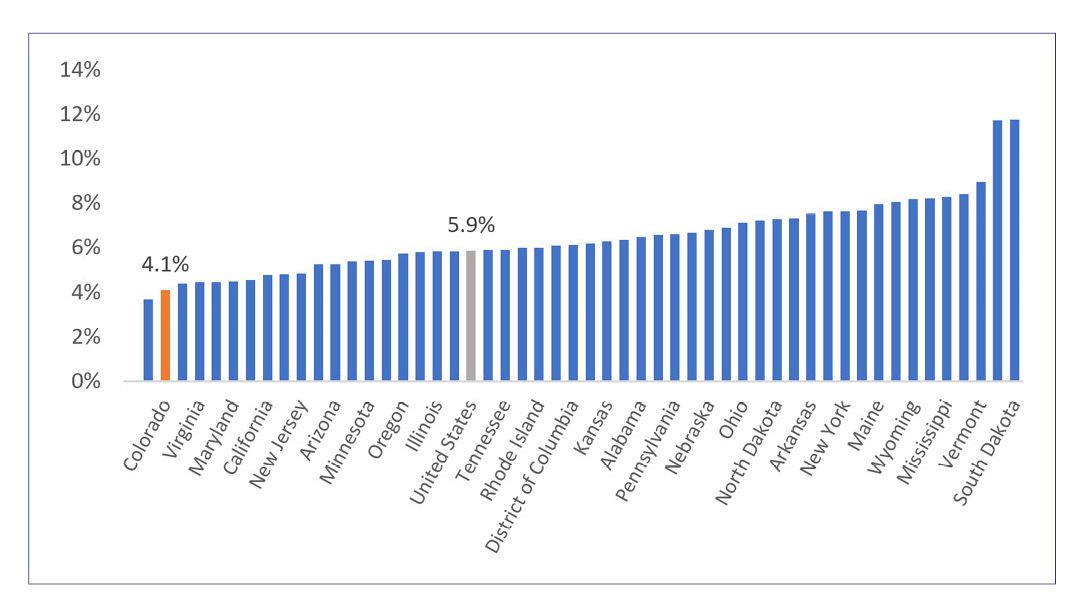 Share of household income spent on hospital care by state in 2020. Source: CHA

The data also reveals that hospital costs have risen at a slower rate than the national average, increasing at an annual rate of 3.5% over the past 5 years, compared to countrywide 4.6% rate of increase for the same period.

The Colorado Hospital Association (CHA) said the state’s strong and well-managed health system was a critical factor in its outperformance of other states on costs.

Rennell said it has been a very challenging time for hospitals due to inflationary pressures and staffing shortages. CMS’s report on hospital expenditures, which it releases every 5 years, was delayed a year due to the pandemic and tracked data from 2015-2020. Rennell is looking to the next set of data to reveal whether current health policies in Colorado have been effective at cost management.

The Commonwealth Fund’s 2020 scorecard on state health system performance, which measures a range of factors including access, quality, outcomes, and disparities, ranked Colorado 6th overall in the country.