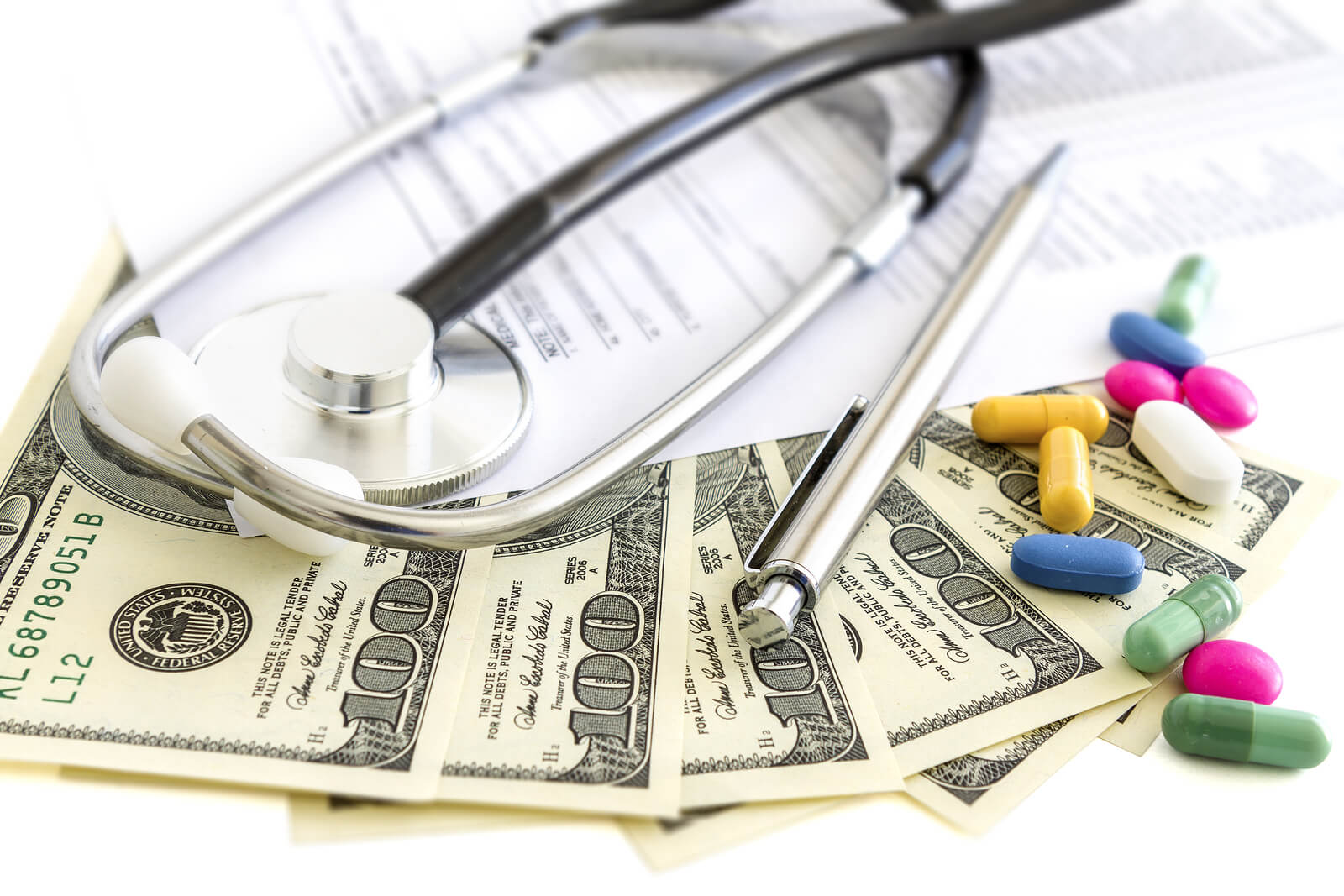 California began its 6-year implementation of the newly-established Office of Health Care Affordability (OHCA) in July 2022. With stakeholders waiting in anticipation for the first steps of implementation to be completed, Kristof Stremikis, Director of Market Analysis and Insight at the California Health Care Foundation (CHCF), says he expects the office to be successful in achieving its overarching goal: to monitor and manage the growing costs of health care in California.

“When I look across things that have been successful in the past, robust data and clear goals have been key success factors in all of them, and data and goals are something that this new affordability office is clearly charged with,” Stremikis told State of Reform. “I think that our track record of success and improving value can certainly be supported and advanced with [an office] like this.”

According to the Department of Health Care Access and Information (HCAI)—which will house the new office—the OHCA is charged with “collecting data on total health care expenditures, analyzing the health care market for cost trends and drivers of spending, creating a state strategy for controlling the cost of health care and improving affordability for consumers and purchasers, and enforcing cost targets.”

HCAI says such a long period of time is necessary for implementation due to the ambitious endeavors the office will be taking on. These endeavors include increasing public transparency on things like total state health care spending and market consolidation issues, as well as setting statewide cost growth targets and enforcing compliance with them, setting statewide goals for the adoption of alternative payment models, promoting investment in primary care and behavioral health, and addressing health care workforce instability.

After 2 years of negotiations, the bill to establish the OHCA was finally approved by the legislature and signed by Gov. Gavin Newsom in June 2022. The bill became a contentious topic as it made its way through the legislative process.

“I think we can all agree that there’s significant waste and inefficiency in the health care system here in California,” Stremikis said of the high-stakes discussions surrounding the bill. “I think it’s really a question of priorities, and different stakeholders have different priorities when it comes to targeting the source of that inefficiency. There are folks that really want to get after the administrative complexity that providers face, or the anti-competitive behavior of large systems, or the duplicative testing or services within the system, and that is just contentious work.”

Stremikis said establishing the OHCA is a monumental step for California in terms of addressing health care affordability. According to CHCF surveys, 1 out of every 2 Californians took at least 1 action to delay, skip, or cut back on care in the last 12 months due to cost, and about 40% of those who skipped care said it made their condition worse.

“[The office] has the potential to save the state millions of dollars,” he said. “It could directly reduce the burden that so many folks in the state feel paying premiums and out-of-pocket costs. I think ultimately it’s monumental because it would increase access to the health care system to the extent that it’s successful in moderating health care cost growth. We know that access barriers related to cost are real, and they’re felt by millions of Californians.”

The OHCA is expected to be implemented from July 2022 to June 2028. The Health Care Affordability Board, which will be charged with advising and approving the key activities of the OHCA, is expected to be appointed by December 2022. The OHCA will begin developing a statewide cost growth target methodology in July 2023.

The full implementation timeline is shown below: 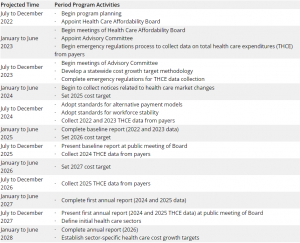 “It’s important to recognize that this is going to take some time, and that’s understandable,” Stremikis said. “It’s very complicated work understanding and trying to limit cost growth within the system, and stakeholders need to be very careful in delivering it. Unfortunately, there is a runway for doing this here in California to get this plane off the ground, and so I think it’ll be very deliberate over the next few years.”

We will be hosting a panel on the OHCA at our 2022 Los Angeles State of Reform Health Policy Conference on Sept. 22nd. If you’re interested in hearing a group of experts dive further into the impact of this historic office, you can register here if you haven’t already!