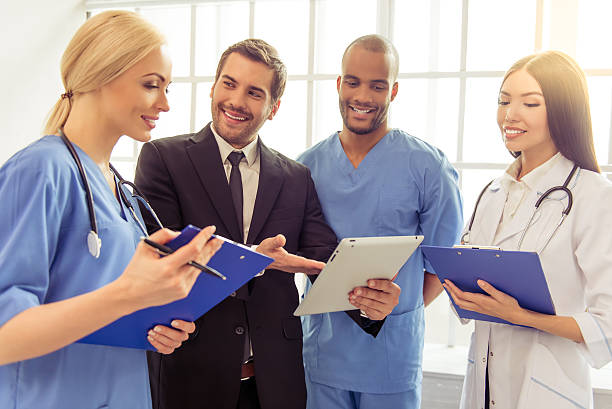 The Insure The Uninsured Project (ITUP) recently wrapped up their 2022 regional workgroups, which held stakeholder conversations throughout the state to hear about their experiences with the first year of CalAIM implementation.

ITUP Executive Director Katie Heidorn told State of Reform that these workgroup listening sessions were a valuable opportunity to focus on the Community Supports aspect of the CalAIM initiative and hear how implementation is going in communities across the state.

She said these workgroups allowed stakeholders to come together to discuss how the collaboration between health plans and community-based organizations to deliver Community Supports has been effective, as well as to identify challenges with the two sectors working together.

“For the first time ever in California, we have real money statewide [for] health plans to offer these community services to really try and address some of the [social determinants of health] people face that are outside of the care realm,” Heidorn said. “But there are a lot of challenges that come with that. These [community-based organization] folks are not part of the same system, they’re not paid the same way health care is, and so there are a lot of questions around everything from just identifying who these community-based organizations are that provide housing supports and food security supports, and then helping them actually execute a provider contract with a health plan.

It’s also about helping the health plans understand the services these folks provide and how they usually get paid for these services. So we’re really bringing two systems much closer together, and we’re asking them to interact with each other in formal ways that we never have really before.”

Heidorn said stakeholders from all of the workgroup sessions suggested increased communication from the Department of Health Care Services (DHCS), as the local health care delivery systems were often having trouble figuring out where they should look and who they should contact for guidance.

“We only have 5 years to prove to the federal government that this works so that we can continue to get funding for it, so I think it’s very important to the policy community as well as to the consumers to make sure that we are getting folks on the ground what they need so that they can actually make this successful.”

She said counties that had run Whole Person Care pilot programs and that had existing relationships between health plans and community-based organizations generally had challenges with data sharing and getting a sufficient number of providers involved in the network, but otherwise had a reliable foundation to build upon as CalAIM Community Supports began to be implemented.

Heidorn added that the counties that did not have a Whole Person Care pilot program endured the most significant challenges, as they had no previous relationships between health plans and community-based organizations, and had to build those relationships from the ground up.

She said she heard the phrase “we’re building the plane as we’re flying it” in almost every workgroup, signifying that counties were struggling with real-time course correction that often occurred as they continued with CalAIM implementation and learned lessons along the way.

“Hearing that consistently from the local delivery system that’s supposed to be bringing these services to consumers to Medi-Cal beneficiaries is a little disconcerting,” she said. “I think there’s a lot of work. This is so exciting that we can actually bring together social determinants of health and health and work from both perspectives together at the same time and have real money around them, but it’s really important to solve some of these overarching problems to get people the guidance that they need and the help that they need to really make this make this happen.”