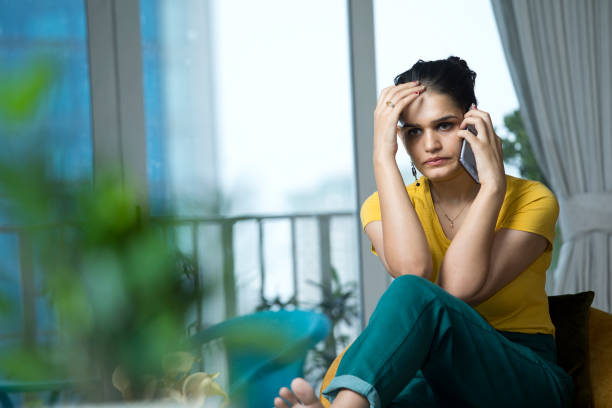 Le Ondra Clark Harvey, PhD, is the Chief Executive Officer at the California Council of Community Behavioral Health Agencies (CBHA). Four of the National Suicide Prevention Lifeline’s crisis call centers in the state are members of the CBHA.

In this Q&A, Clark Harvey discusses how the new 988 system is going to impact the current crisis response infrastructure, how it will impact Californians, and the challenges she is expecting with implementation of the new crisis response system.

State of Reform: What will the 988 crisis hotline system look like in California? How will it interact with California’s existing crisis response infrastructure?

Le Ondra Clark Harvey: “The current system is primarily run by the National Suicide Prevention Lifeline call centers. Those call centers have demonstrated excellence, and they are at the front of the crisis continuum, meaning most people will reach out by call or text or chat if they have a crisis or are suicidal. That’s why it makes sense to build off of that [existing] number and that infrastructure and switch it over to 988, which has just happened.

So in terms of what things will continue to look like, it will look very similar to the work that these 13 crisis centers have already been doing for decades. 988 is something that’s going to be national, and it’s something that is easy to remember, so we anticipate that there will be greater volume in calls.”

LCH: “I think 988 is an opportunity to, in my hope, decrease stigma and make people more aware that it’s okay to reach out to somebody if you have a mental health or substance use disorder, crisis, or challenge, that there’s somewhere to go, there’s somewhere to turn, and there’s someone to talk to. Whether it’s a text, a chat, or a phone call that is sent to the call centers, there’s going to be someone to answer the phone in a timely fashion … all of these venues are open for anybody. We know that BIPOC communities as well as LGBTQ+ communities have traditionally suffered the most from the stigma and shame around mental illness, and really have not felt comfortable reaching out for help. But 988 is just one way to make help a step closer, a little bit more friendly for everybody, and a little less stigmatizing.”

SOR: How well is California prepared for the 988 system? What challenges do you anticipate with implementation?

LCH: “It was a smart move by California to use these existing call centers [for 988 rollout and implementation]. I think [one of the] existing challenges is workforce and ensuring that the call centers have enough folks there to answer the phone so that people aren’t waiting on hold and that they can get a timely response when they’re in crisis … When the pandemic hit there were more people reaching out. We know that the suicide rates were really skyrocketing for many populations, and so the call centers were feeling pretty overwhelmed.

They were still maintaining excellent response, but also getting very concerned, and a lot of that ties into the fact that there’s a shortage in workforce in general, and especially for behavioral health. The call centers have traditionally been staffed by lots of volunteers, and so you can imagine that in a pandemic when people are looking for work or out of work, that also impacted the call centers. So one of our main challenges and concerns right now is ensuring that there’s enough workforce, that there’s enough people that are paid and well-trained in order to continue to provide these services, especially as 988 is gaining popularity.

The other piece that is needed is to ensure that there is good interoperability between various systems. 911 should be able to seamlessly connect with a 988 call, should a call need to be transferred either way. Other emergency services providers should be able to connect with 988. Ideally, it would be great if all emergency services, personnel, and law enforcement were trained to be able to work with 988 and work with crisis responders on the ground so that everybody is aware of what’s going on and there’s a seamless transition for the person that’s in crisis.

We know that some counties have mobile crisis units, which is great, that they’re able to deploy those to a person in need. The problem is that [those units] are sparse. Because of that paucity, we need to make sure that there’s an investment to scale up county resources so that they’re also able to be part of that continuum. When you think about rural areas versus larger urban areas, there’s a disparity there. I think those are some of the places where focus needs to go so that the crisis response continuum can really be fully supported.

Even though there’s been a great investment from the administration—we’ve lobbied for up to $28 million that has been afforded to the call centers because of our advocacy—I think that there needs to be more. It’s not a one-time shot, we really need to continue to invest in the work that these call centers are doing, and also in the rest of the continuum.”

SOR: Why is this a significant development in California’s behavioral health response?

LCH: “The ability for people in need to get what they need when they need it, to have somebody there to answer the phone, text, or chat with. It’s huge after going through this pandemic. I feel like so many individuals are much more compassionate and they understand what it must be like to have a mental illness, to have anxiety, depression, to feel shut in and lonely, as we all had to experience quarantine and what that meant and what that brought up. I think it really has developed more compassion.

Because of that, I think it’s a great opportunity for us to seize the moment and bring an answer to the need that so many people have had but haven’t been able to share. I just think the time is right. We have to act now, and we’re very proud of the governor and his administration for funding this and for supporting call centers in this vital work that they’ve been doing.”