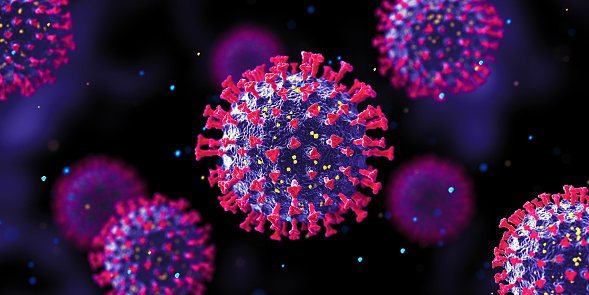 Utah’s reported COVID-19 cases have been going up significantly in the past 2 weeks. But hospitalizations and emergency room visits are low compared to earlier surges, said Leisha Nolen, MD, Utah’s State Epidemiologist.

According to the New York Times, Utah’s confirmed COVID-19 cases rose by 66% in the last 2 weeks. However, that only includes reported cases. Nolen said many Utahn’s are not going to providers and testing locations with the widespread availability of at-home antigen tests. This means that Utah is probably detecting a lot less of the cases that are truly out there.

“Right now, we are definitely having a wave in the state,” Nolen said. “But fortunately, a lot of people are protected either because they have been vaccinated and boosted or had a previous infection. So, we aren’t having nearly as many severe outcomes at this time.”

According to Utah’s COVID-19 dashboard, the 7-day average death rate has remained consistent at roughly 1 death per day since the end of the omicron wave. 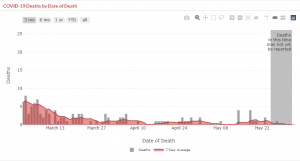 “The metric I really care about is how many people get [severely] sick and have to get medical care. That’s the most important thing to me,” Nolen said. “Even though data shows us these newer variants are probably more aggressive and dangerous, we aren’t getting as many people sick. That is because we now have some level of immunity in our population.”

For the future of this wave, Nolen said she expects to follow the pattern of states in the Northeast. States like Illinois, Michigan, and Minnesota had seen gradual increases in COVID-19 cases in the last two months and are starting to decline. Nolen thinks Utah might follow a similar pattern and start to plateau and decline in the next 2 to 3 weeks.

“We’re probably about 2 weeks into what looks like about a 4 to 5 week increase that happened in the Northeast, and we should expect we are going to follow with 3 more weeks of increasing cases and maybe peak and turn at that point,” Nolen said.

Not many Utahns are changing their behaviors in light of this rise in cases. Utah conducts a weekly telephone survey asking Utahns about their mask usage, social distancing practices, vaccine intentions, and more. Nolen said from Feb. 1st to May 28th, 12% of those surveyed reported they are always wearing a mask of face covering in public where social distancing is not possible and 10% reported that they usually do.

However, Nolen said vaccinations are still the best thing Utahns can do to mitigate COVID-19 cases and deaths moving forward. Currently, only 65% of Utahns are fully vaccinated as compared to 67% of all people in the US.