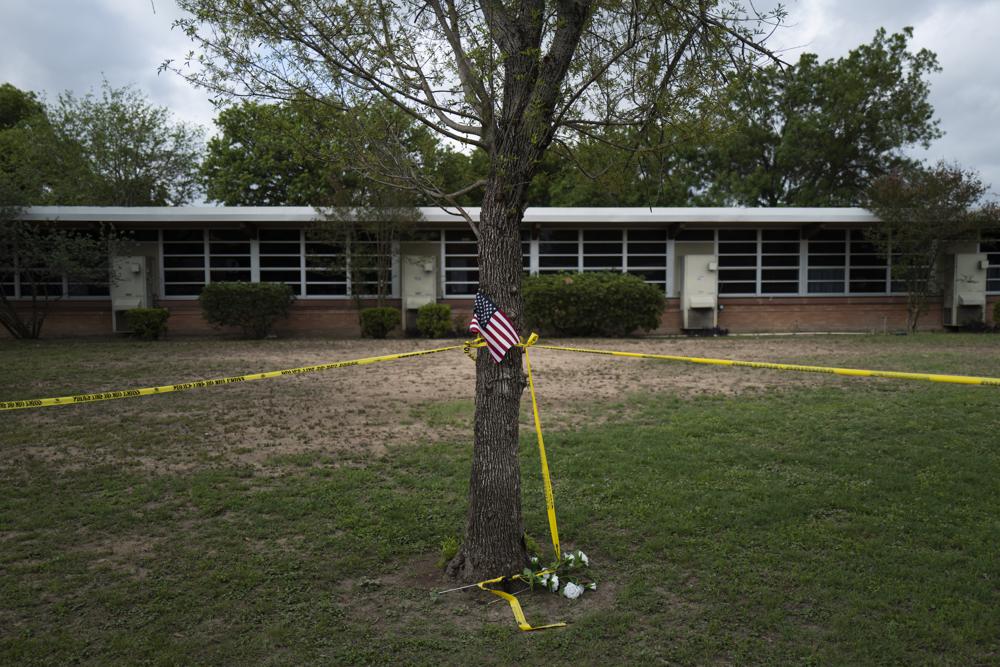 The Texas House Select Committee on Youth Health and Safety held a public hearing on Thursday to consider measures addressing the needs of youth in the state, specifically ways to improve programs and systems around child protective services, mental health services, educational institutions, and the juvenile court system.

The hearing was held just days after a mass shooting at Robb Elementary School in the city of Uvalde in south Texas, which claimed the lives of 21 people including 19 children and 2 teachers and prompted Gov. Greg Abbott to issue a disaster declaration for the city on Tuesday.

“As you all know, we have heavy hearts right now with our fellow Texans who passed in Uvalde. The tragedy in Uvalde, although it’s not on our agenda today, is tied to the work of this committee,” said the committee’s chair, Rep. Jose Manuel Lozano (R – Kingsville), at the start of the hearing.

“One of the reasons I’m proud to chair this committee and proud of our speaker giving us these tasks is because I serve with a bipartisan group of the most dedicated public servants, especially when it comes to issues affecting our children, like mental health or criminal justice.

Your engagement [as] members in these past hearings, since this committee has been given its charge, had been thought provoking and the courtesy you have shown our witnesses and each other as we discuss sensitive matters has been an example for all of us and I want to thank you for that. Texans are looking to us to get to work. And I know that this committee will not let them down.”

Although no concrete proposals came about from Thursday’s session, committee members will continue to engage community groups and gather evidence and data toward building policies in the next legislative session.

Texas witnessed 5,033 drug overdose deaths in 2021, a 19.8% increase from the previous year, growing at a rate higher than the national average. Travis County recently declared a public health crisis over the alarming rise in overdose deaths.

Mental health experts say that the issues people face as adults often manifest during childhood and that barriers to treating youth have contributed to the current crisis.

“Most mental illnesses begin during childhood, 50% before age 14, 75% before your brain stops developing in your mid-twenties,” said Dr. Andy Keller, President and CEO of Meadows Mental Health Policy Institute (MMHPI), in an interview with State of Reform.

“So these are pediatric illnesses. If we wait, right now we’re waiting 8 to 10 years after the symptoms emerge, after the illness begins, before we get people treatment. That’s like what we used to do with heart disease [and] cancer. If you wait eight years, a lot of things go wrong.”

MMHPI is a Texas-based nonprofit that provides nonpartisan policy and program research, development, and advice to state and local leaders towards a single goal: improving mental health care delivery in the state.

Mental health experts are concerned about the psychological trauma inflicted on communities after a mass shooting. While HHSC has a directory of resources for children’s mental health services, access remains an issue for Texas, which has the highest share of uninsured residents in the nation.

Texas remains 1 of 11 states that has yet to expand Medicaid under the ACA. The Kaiser Family Foundation estimates 1.4 million uninsured low-wage Texans would become eligible for Medicaid health insurance under federal expansion.

Rep. Ann Johnson (D – Houston) who serves as Vice Chair of the House Select Committee on Youth Health and Safety, reaffirmed her commitment to expanding health care access for underserved communities, especially the youth and children in the state.

“Medicaid expansion does include a significant amount of mental health care. My goal has always been and I will always advocate for the expansion of Medicaid,” said Johnson during an interview with State of Reform.

“It’s roughly $10 billion to our economy but more specifically, it does provide services for that gap of Texans that do not have access to health care and prevention is key. … Our Republican led majority refuses to take those steps. We can absolutely do better by Texas children.”

The CDC outlined the crisis in its 2020 report that revealed record rates of suicide among youth and adolescents in America. The cases of suicide and depression have only accelerated during the pandemic, worsening an already urgent mental health crisis.

A national survey on young people showed that 1 in 3 high school students reported persistent feelings of sadness or hopelessness, an overall increase of 40% from 2009, and 1 in 6 students reported making a suicide plan in the past year, a 44% increase during the same period.

Sexual minority youth were at higher risk. Almost a quarter of US students who identify as lesbian, gay, or bisexual (23%), 16% of students who said they were unsure of their sexual identity, and 30% of students who had same sex partners said they attempted suicide in the past year—far more than the suicide rate for heterosexual students (6%).

Mental health challenges have been particularly hard on young women and youth of color. The pandemic has directly correlated with an over 50% increase  in emergency room visits by adolescent girls and young women for suicide, rates of need have grown faster for Black and Hispanic youth, and Black and Hispanic children have experienced grief due to the loss of a parent at rates many times higher than white children.