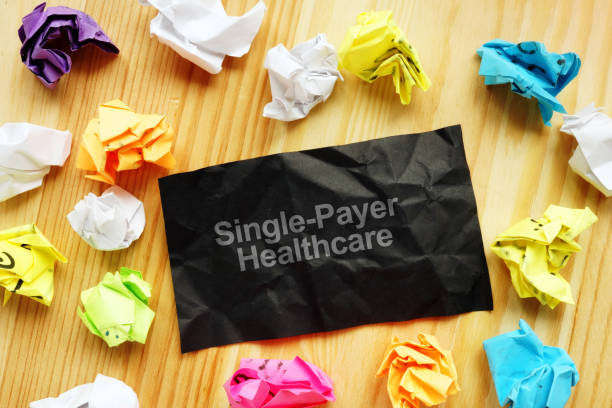 A grassroots organization recently submitted an initiative that would establish a universal health care insurance plan in Washington State.

Whole Washington is working to establish a state-level universal health care system. It filed an initiative to the Secretary of State on March 23rd that would create an all-inclusive health insurance plan. I-1471 would create an insurance program that would cover all health care services for Washingtonians regardless of citizenship status, Whole Washington Campaign Director Andre Stackhouse said.

“If you’re a resident you’re going to be covered whether you’re a documented citizen or not,” Stackhouse said. “You wouldn’t need out-of-pocket spending or private insurance. Funding needs to be public and transparent. It will be funded through progressive taxation.”

Whole Washington is seeking 400,000 signatures to get I-471 on the upcoming general election ballot. The organization has filed similar proposed initiatives in previous years, but I-471 presents the strongest case for lawmaker support yet, due to group efforts to simplify the initiative’s financing structure and more inclusive language, Stackhouse said. It also includes a role for the state’s Universal Health Care Commission in forming a health trust board. The commission was formed after Senate Bill 5399 was passed in the 2021 legislative session, and tasked with creating a health care system that provides coverage for all residents.

Whole Washington will begin seeking signatures for a petition in support of universal health care insurance this month. The group will need to gather 400,000 signatures in order to put the proposition on the 2023 general election ballot for residents to vote on. The group will be able to acquire signatures from May through December.

Whole Washington is working on several outreach efforts to raise awareness about the petition. The group will host a showing of filmmaker Michael Moore’s documentary “Sicko” on Saturday at the Grand Cinema in Tacoma. The documentary compares the for-profit U.S. health care system to universal health care systems in other countries. Moore will speak with visitors through a Zoom call prior to the movie’s showing, Stackhouse said. Group members will seek petition signatures during the event, which will run from 9 a.m. to noon. Tickets are not needed for the event, but those interested can RSVP at wholewashington.org.

Whole Washington hosted a March for Medicare For All on July 24th, 2021, when Seattle joined several cities across the country in marches to raise awareness about the benefits of universal health care systems. Stackhouse hopes to plan another march in the future.

“July 30th will be the anniversary of [the establishment of] Medicare,” he said. “There will almost certainly be marches across the country, and I hope there will be one in Seattle.”

Petitions were distributed at last summer’s march, but complications due to the COVID-19 pandemic ultimately put a halt to signature seeking, so they were not submitted for a general election initiative vote. But Stackhouse hopes outreach efforts will lead to the acquisition of the 400,000 votes needed to put the initiative on the 2023 ballot.

“We hadn’t gathered signatures for a few years before that, and getting back out there is important,” he said. “A big part of what we’re doing is finding supporters; we found many new supporters [at the march]. The size of our supporter database doubled after our last campaign.”

Stackhouse estimated that the last campaign acquired less than 50,000 signatures.

The establishment of a state-level universal health care system could also play a role in creating a federal system, Stackhouse said.

“I think the federal and state universal health care movements are linked,” he said. “They rise and fall together, and they feed into one another. I think we’re likely to get it at the state level first. There aren’t committee meetings where it can be killed. If we fail we know why; it’s because we didn’t have the numbers. The fact that it provides such a clear and open path to implementation does give us a certain advantage. We can put pressure on legislators. But ultimately, this is going to require a ton of public support.”