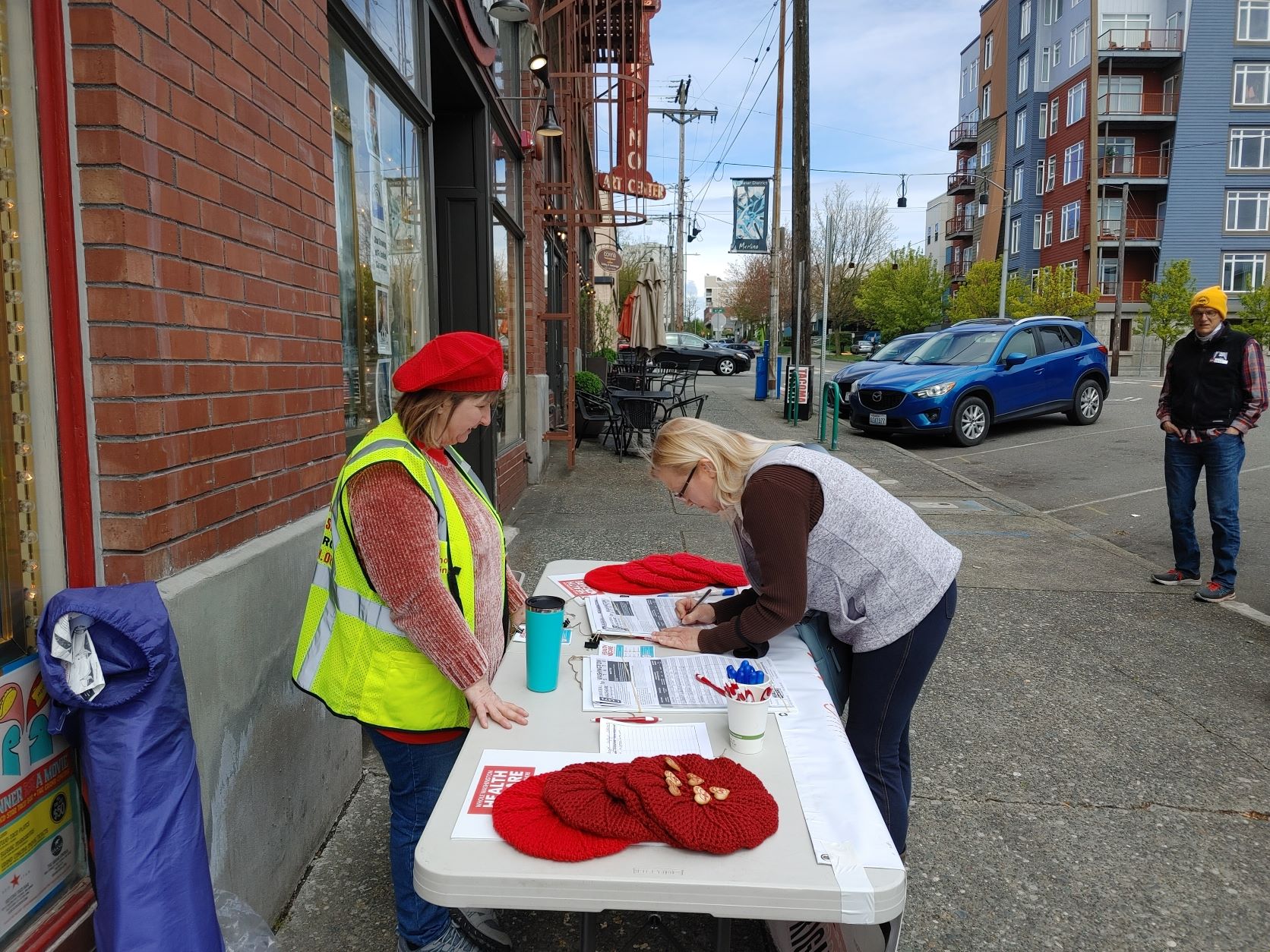 Progressive Democrats of America (PDA) Advisory Board Chair Donna Smith advised Whole Washington members of opportunities to gather the support they need to get a universal health insurance initiative on the upcoming general election ballot Saturday.

Whole Washington held a launch event for its 2022 campaign at the Grand Cinema in Tacoma. The grassroots organization submitted Initiative-1471 to the Secretary of State on March 23rd. I-1471 would create a state-level universal health care insurance plan that would cover all Washingtonians, regardless of citizenship status. Whole Washington is seeking 400,000 signatures to get the initiative on the ballot.

Smith said a significant part of the signature-gathering process will be educating residents on what I-1471 offers.

“Sometimes it’s just about opening the conversation,” Smith said. “We all get weary of having to gather signatures and get people to vote in their own best interests; 68 percent of Americans believe in Medicare For All. But we’ll do it. And they’re not voting for the measure now; they’re voting to get it on the ballot.”

The Whole Washington event featured the showing of filmmaker Michael Moore’s documentary “Sicko,” which compares the for-profit U.S. health care system to universal health care systems in other countries. Smith was featured in the movie.

“Sicko” featured interviews with Smith as she talked about how she and her husband, Larry Smith, went bankrupt after trying to pay co-pay and deductible insurance fees they were charged after Larry’s three heart attacks and Donna’s treatment for abdominal cancer. They eventually lost their home and had to move into their daughter’s basement.

Smith discussed her struggles with the health insurance system during testimony in front of the U.S. House of Representatives Judiciary Committee on July 17, 2007. She said many of the issues she struggled with then continue to challenge Americans.

“It’s been 15 years since I testified to the House Judiciary Committee about what happened to my family,” Smith said. “If you look at the movie, it hasn’t aged much. There’s a lot that’s good about the Medicare For All movement. But the reality is we have a lot against us. Insurance companies make it difficult for us. However, we will get there.”

Smith said it could be difficult for Whole Washington members to gather support for I-1471 from knocking on doors (as many Washingtonians remain cautious due to the COVID-19 pandemic). She recommended seeking out youths, people arriving at hospitals, nurses, and library patrons, where she said PDA has found support for its political initiatives.

“A lot of people are going into libraries to use computers and do different things,” Smith said. “We’ve gotten a lot of signatures outside libraries to get candidates on the ballot.”

“If you’re going to do another signature gathering, I think you should do some food,” she said. “Do a chili cook-off. Just have fun with it.”

Whole Washington will be able to gather signatures until December. Smith said that will give group members plenty of time to host signature-gathering events.

“You can almost do something every month,” she said. “I think that has been one of PDA’s best successes is that we get people in a pattern. Go to town halls if they have them, or get on the phone with your representatives, with your senators. Make sure they know you’re out there doing it, if they don’t already.”