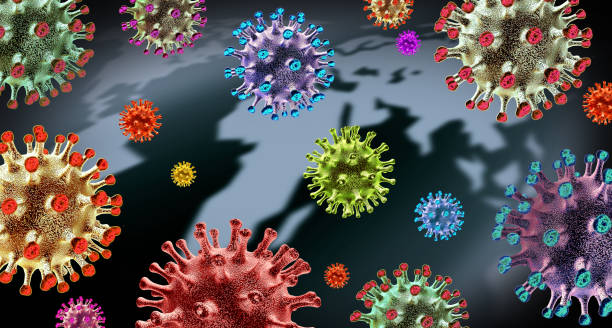 While the current case count data is largely unreliable due to several factors, Oregon health officials estimate that positive COVID-19 diagnoses are on the rise.

“The nature of the numbers we’ve been tracking have changed quite a bit,” Allen said. “Case numbers are edging up. We’re reporting typically on weekdays well more than 1,000 cases a day.”

OHA reported a seven-day moving average of nearly 1,147 new cases on Tuesday. That number was up from a seven-day average of 812 new cases on April 25th. Case numbers have become increasingly unreliable due various factors, however, including underreporting due to home testing options and a lack of testing in general.

“They’re useful in terms of directionality,” Allen said. “We’re certainly seeing more COVID this week than we were last week, and more than the week before that. But to compare the number of cases today to previous surges I think is highly problematic. Throughout the pandemic we’ve known that we’re only capturing a portion of the cases out there in officially reported and diagnosed cases.”

“Probably half of hospitalized cases today are what we call incidental cases; people who are in the hospital for some other reason and happen to test positive for COVID,” Allen said. “Now that’s not without cost to the health care system. Those patients still need to be treated in isolation. It’s more burdensome for staff, and more consumptive of [personal protective equipment].”

The number of people entering emergency rooms with COVID symptoms is not as high as in previous surges, however, as that number is near two-and-a-half to three percent of entries, Allen said.

“While we may see lots more cases, we’re beginning to see a divergence between cases and severity,” he said. “So a large number of cases in this surge may not present the same kind of stress on the health care system that previous surges have. I think we’ve still got some time to continue to watch that. But I’m encouraged so far.”

OHA also hosted a meeting Thursday to educate residents about treatment options. COVID Therapeutics Operations Manager Dr. Amani Atallah said residents can access the Test to Treat program, or the Federal Retail Pharmacy program for assistance. There is no cost for treatment products, although there could be other out-of-pocket fees, she said.

“The actual products are procured by the U.S. government so they are free, but pharmacy dispensing fees may be applicable,” Atallah said.