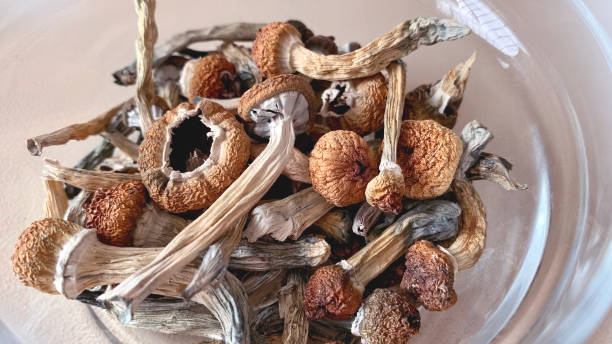 Proposed initiative would facilitate psilocybin use in Washington

A Seattle therapist recently filed a proposal for an initiative that would authorize and regulate the manufacture, sale, and use of psilocybin in Washington State.

Leo Russell submitted the proposed Initiative Measure No. 1886 to the Washington Secretary of State, which would allow licensed Washingtonians to provide psilocybin products and services to people 21 and older. Russell has experience working in social services and with Ricky’s Law clients who have mental health or chemical dependency issues. She operates Entheo Society, which supports the use of entheogens (natural plant and fungi medicines).

Russell said she watched clients with mental health or chemical dependency issues cycle in and out of the criminal justice system and thought psilocybin products could help them.

“I had experience with mushrooms and thought they offered people a way to heal themselves,” Russell said. “What I find is [some therapists are] not really hearing the clients. We’ve seen so much of what doesn’t work. Let’s try something new.”

Attorney Pat Donahue⁠—who operates Spokane’s Donahue Law and Terrapin Legal⁠—has been working with Russell on the legal intricacies of I-1886. He said I-1886 has gained traction from the Oregon Psilocybin Services Act, which passed in November 2020. The act allows for the manufacture, delivery, and administration of psilocybin at licensed facilities. But there are some key differences between the act and I-1886.

The biggest differences are that Oregon’s law doesn’t allow for microdosing, and all psilocybin usage has to be done at service centers, Donahue said. The Oregon Health Authority will begin accepting applications for facilitators working at service centers where Oregonians will use psilocybin on Jan. 2, 2023.

“Under the Oregon law the only [facilitator] requirement is that you pass their training and have a GED or graduated from high school,” Donahue said. “That remains true under 1886. There are no further academic requirements, but in 1886 there are two types of facilitators.”

Under I-1886, a community facilitator would conduct a preparation session, then schedule a follow-up session if the client is deemed to be eligible for psilocybin use and knows what to expect from the experience. The facilitator would examine factors like the client’s other drug intake, whether there is a history of personality disorders, and a recommended dosage amount.

“If the service center approves the client, it has to offer a follow-up session,” Donahue said. “The client doesn’t have to go. But the follow-up session can help folks integrate life experiences.”

The facilitator could schedule a microdose for a client during their first session. A microdose would likely consist of a tenth to a quarter of a gram, Donahue said.

“It’s a dose of which there’s not a traditional biological effect of hallucinating,” he said. “There would be no distortions of space and time. But it seems like there are still benefits to microdosing. People say it helps them with their anxiety, substance abuse, or depression.”

But I-1886 also includes an option for a medical facilitator, which is someone authorized by the state to prescribe controlled medications after appropriate training, Donahue said.

After a preparation session, a medical facilitator could give a client a microdose that would not have to be consumed at the service center.

Russell and her husband, Shawn Tate, are working to collect the 400,000 signatures needed to put the initiative on the general election ballot. Russell believes fundraising events will help them get the attention needed for that, and has planned a couple to be held this month.

“A lot of it comes down to human engagement and community, and not just having politicians decide things,” Russell said. “There has been so much miseducation that has gone along with this issue. My husband and I are doing this work because we really believe these medications show promise for people that seem unhelpable.”