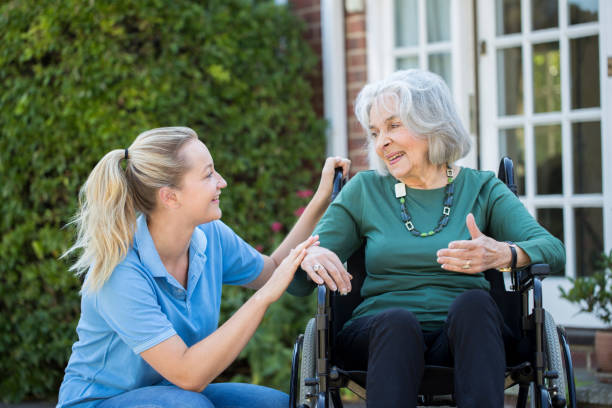 Two companion bills, House Bills 1031 and 1290, which support wheelchair users, are expected to become law soon. Both pieces of legislation come as wheelchair users throughout Colorado are struggling with resolving mechanical issues in a timely manner due to a lack of support systems.

Meanwhile, HB 1290 modifies Medicaid to allow for expedited repairs to complex rehabilitation technology (CRT) like wheelchairs by increasing reimbursements for repairs and prohibiting the state from requiring prior authorization for wheelchair repairs.

By removing the Medicaid authorizations for addressing issues with power chairs, which have been determined medically necessary, users can avoid the lengthy delays associated with processing services. The bill also establishes a metric system for Medicaid plans to report the data to lawmakers for evaluating providers and the delivery of assistance. Investments would also be made in rural communities to compensate for the higher rates experienced in these areas.

“This is not just a way for us to get around,” said Representative (D – Aurora) David Ortiz who was paralyzed from the waist down while serving in Afghanistan and also uses a wheelchair. “This is literally our lives and our health. We shouldn’t be waiting three to six months for our chairs to get repaired. We’re making it easier for providers by getting rid of prior authorization.

I want to thank the JBC because they upped reimbursement for DME [Durable Medical Equipment] in general by 10% and we always talk about closing the rural-urban divide …  We are increasing reimbursement in the rural areas by 25% to make sure that those that live with a disability in rural areas will be able to still get timely service.”

Colorado Cross-Disability Coalition (CCDC), a non-profit organization advocating for disability rights, helped draft both bills and has rallied support for the legislation.

Jeanette Hensley, a representative from CCDC, called the measures important because they allow users of power wheelchairs to get the expedited support necessary to perform either self or assisted repairs.

“The repairs are taking so long,” said Hensley. “It is just unbearable. Sometimes you end up being stranded in your home or even in your bed for months and months, could be six months at a time. That’s not right. That should not happen to anyone. The biggest concern with the bill that we had opposition on was from the suppliers who were at first thinking, ‘These guys, they don’t know how to fix their chairs, they’re not capable.’ Of course they are. Just because you may not be able to have mobility in your legs, it doesn’t mean that you don’t have mobility in other areas, and you can’t instruct somebody else on how to fix it.”

Hensley, who used to serve on the board of the Colorado Senior Lobby (now the Colorado Center for Aging) and has worked closely with Lieutenant Governor Dianne Primavera on issues affecting Coloradans with disabilities and older adults, praised her for her support on behavioral health issues and keeping individuals with any forms of disabilities right at the forefront.

Disability and aging advocates say addressing health issues for these community members was difficult during the pandemic because access to providers and trained staff was limited.

“Isolation throughout COVID has been extremely difficult on people,” said Hensley. “We’ve had some people that have not even been out for a couple of years. It doesn’t matter what is going on in their lives whether they have a physical or mental [health issue], just so many people have been afraid.”

CCDC has been working with the administration to draft laws such as HB 1214 to ensure cross-disability needs are met. Primavera signed the bill, her first as acting Governor, into law on April 27th during Governor Jared Polis’s official visit to Mexico. The law will now require crisis system facilities and programs to meet minimum standards in providing mental health and substance use disorder services.

“We’ve already got [a] commitment from the administration that they will make sure they include somebody with the disabilities into all of their different task forces, not just disabilities,” said Hensley. “We’re making sure that the older adults are also involved as well. … If you fix something or make something easier for somebody who has a disability or a mobility issue, you made it that much easier for somebody who has an older adult or that young mom who is dealing with her children. One fix can go across all spectrums.”

Another bill being considered in the Senate, HB 1320, would create tax-deductible Achieving a Better Life Experience (ABLE) savings accounts for individuals with disabilities. These accounts allow withdrawals of funds for qualified disability expenses to be deducted from a taxpayer’s federal taxable income for purposes of determining the taxpayer’s state taxable income, and making an appropriation.