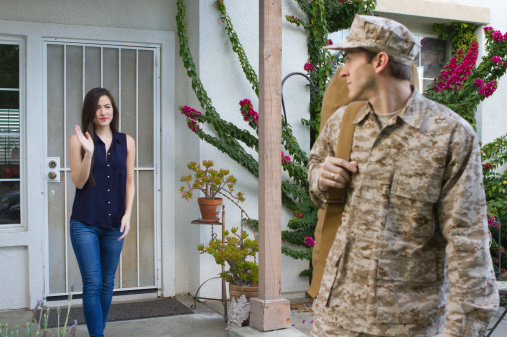 Washington had 4,090 suicides from 2015-18, and 804 of those were veterans, Garza said. Several factors contribute to the increased risk for suicide among veterans, including traumatic events that may have occurred before they enlisted, stigmas against seeking professional assistance, and access to guns or other lethal means for suicide, she said.

“They also have job-related stress and exposure to trauma,” Garza said. “We see intimate partner health problems, mental health problems, alcohol use, job loss, or financial issues. When we look at our older veterans, we see a much higher rate of firearm use. We need to focus on how we tailor our prevention efforts toward specific age groups. You might want to say older veterans are at higher risk. We actually see most are dying in the younger age group.”

Suicide is the second leading cause of death among youths age 15-24 nationally, Garza said. Risk factors that are particularly prevalent for younger soldiers include problems with intimate partner relationships, separation from family, and substance abuse, she said. They are also less likely to be married or have families, which means they don’t receive allowances for housing and food. Soldiers who have families can live off-base, whereas single soldiers mostly live in barracks.

“There are a lot of monetary incentives for being married and having a family,” Garza said.

Garza discussed some suicide protective factors, which are characteristics present in an individual’s life that can aid in defending against suicidal thoughts and negative impacts on their emotional well-being. Some factors that can be helpful include access to effective health care, life skills training, and social connectedness and belongingness, which is particularly important for veterans, she said.

“This is such a big thing with the military community because they live where they work most of the time,” Garza said. “They sleep in the dirt with [fellow soldiers] sometimes, and spend eight or nine months at a time in a different country with them.”

Garza pointed to several options for veterans who may need assistance, including the Substance Abuse and Mental Health Services Administration’s Service Members, Veterans, and their Families Technical Assistance Center.

Veterans can also receive assistance through the Expiration of Term of Service Sponsorship Program or request LEARN Training through the University of Washington’s Forefront Suicide Prevention Center of Excellence. Garza can be reached at codie.garza@dva.wa.gov.