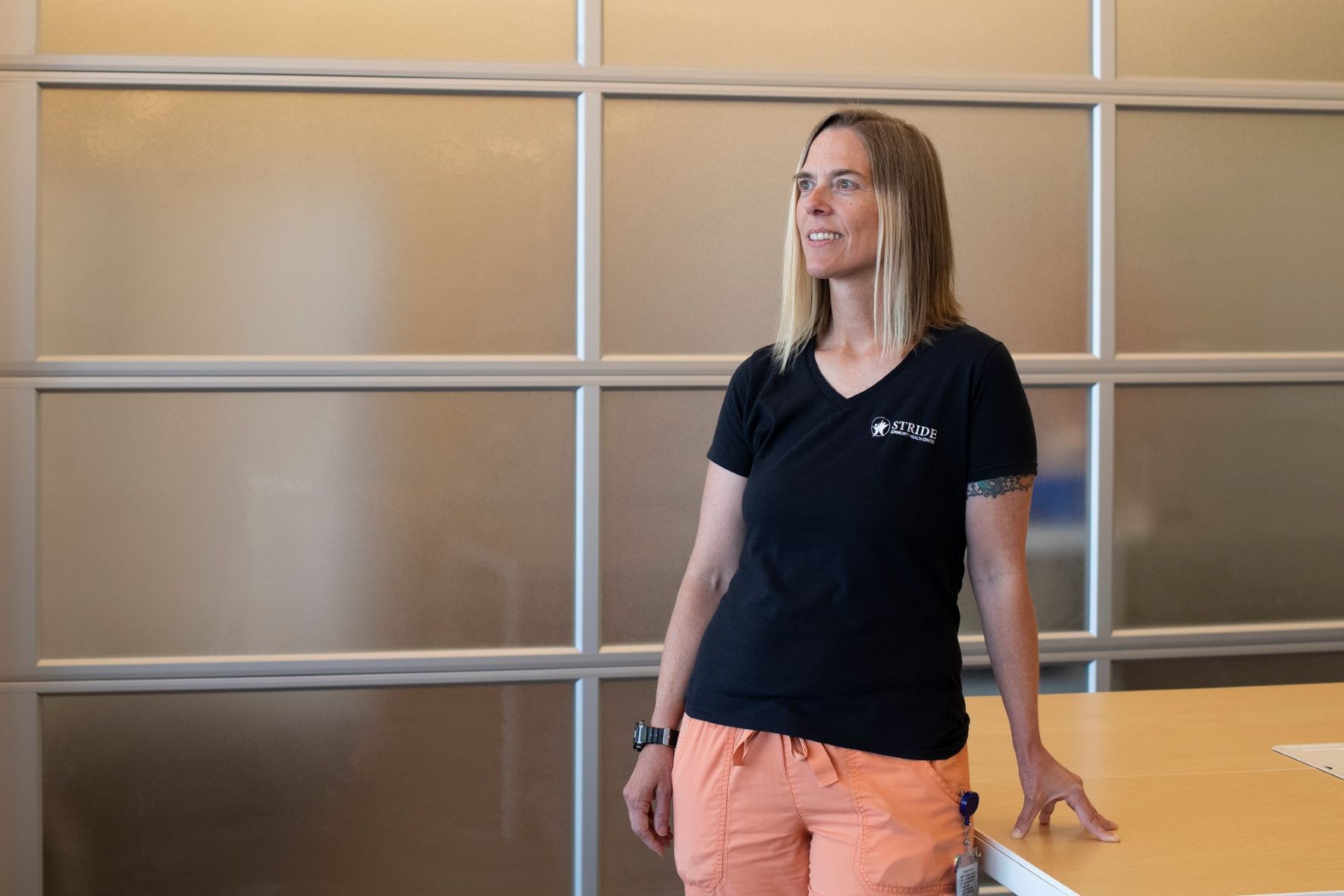 Shaunti Meyer, a certified nurse-midwife and medical director at STRIDE Community Health Center in Colorado, doesn’t usually disclose her sexual orientation to patients. But at times it feels appropriate. 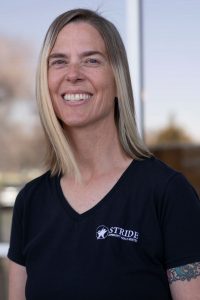 After telling a transgender patient that she is a lesbian, Meyer learned the woman had recently taken four other trans women, all estranged from their birth families, under her wing. They were living together as a family, and, one by one, each came to see Meyer at the Aurora clinic where she practices. Some were at the beginning of their journeys as transgender women, she said, and they felt comfortable with her as a provider, believing she understood their needs and could communicate well with them.

“They feel more connected because I’m part of the community,” Meyer said.

Research shows that when patients see health providers who share their cultural background, speak the same language, or mirror their experiences, their health care outcomes improve. Now, Colorado is trying to help patients find such providers. As part of this effort, the state is asking insurers offering certain health plans to collect demographic information, such as race, ethnicity, disability status, sexual orientation, and gender identity, from both health professionals and enrollees — a move that some health care workers say could threaten their safety.

A new state law takes effect later this year that requires insurers to offer the “Colorado Option,” a plan on the state-run Affordable Care Act marketplace with benefits that have been standardized by the state. Colorado is requiring those plans to build out culturally responsive provider networks, with a diverse set of health practitioners who can meet the needs of a diverse population.

Some other states — including California — and Washington, D.C., require plans sold on their health insurance marketplaces to collect demographic data from patients, although not providers, and patients are generally asked only about their race and ethnicity, not their sexual orientation or gender identity.

“Nobody knows how many particular racial or ethnic identities they might have among their providers, what the percentages are, and how they correspond with the communities that they serve,” said Kyle Brown, Colorado’s deputy commissioner for affordability programs. “Traditionally, data like this isn’t collected.”

The state and insurers will be able to see how similar the plans’ patient and provider populations are and then work on ways to narrow the gap, if needed. For example, a plan might find that 30% of its enrollees are Black but that only 20% of its providers are.

Colorado had considered including providers’ demographic data in directories so patients could use it to choose their doctors. But after physician groups raised privacy concerns, the state opted to make reporting of the demographic data by providers voluntary and confidential. That means insurers must ask, but the providers can decline to answer. And the data collected will be reported to the state only in aggregate.

State officials and consumer advocates hope that the demographic data could eventually help inform patients. But, for now, the physician groups and other stakeholders fear that making the data public could subject some providers, particularly LGBTQ+ people, to harm.

“There are a lot of really conservative parts of Colorado,” said Steven Haden, a mental health therapist and CEO of Envision:You, a Denver-based nonprofit focusing on LGBTQ+ behavioral health services. “In lots of communities outside of our metropolitan areas, it’s not safe to be out.”

State officials say the Colorado Option will be the first health plan in the nation built specifically to advance health equity, a term used to describe everyone having the same opportunity to be healthy. The framework includes better coverage for services that address health disparities. It requires anti-bias training for providers, their front-office staffers, and health plan customer service representatives. Plans must increase the number of community health centers — which treat more patients from underserved communities than other clinics — in their networks, as well as certified nurse-midwives, to help reduce maternal mortality.

Health plans’ directories will have to list the languages spoken by providers and their front-office staffers, say whether offices are accessible for those with physical disabilities, and note whether a provider has evening or weekend hours.

But officials are trying to figure out how they might use demographic data to guide patients to practitioners with similar identities while avoiding unintended consequences, particularly around sexual orientation or gender identity.

Dr. Mark Johnson, president of the Colorado Medical Society, said more doctors than ever feel comfortable disclosing their sexual orientation or gender identity, but incidents of disgruntled patients who lash out by referencing a physician’s personal characteristics do still occur.

“Even though we’re a purple state, there’s still a lot of bias here and there,” he said. “There could be some real problems that come out of this, so I am hoping they will be very, very sensitive to what they’re doing.”

LGBTQ+ patients often deal with stigma in health settings, which can result in negative experiences that range from feeling uncomfortable to being outright mistreated.

“There are lots of marginalized and disenfranchised people that when they don’t have a good experience, they disengage from care. They don’t go back to that provider,” Haden said. “So needs remain unmet.”

As a result, Haden said, LGBTQ+ people have rates of depression, anxiety, overdose, and suicide that are two to four times the rate of straight, cisgender people.

Many people in the LGBTQ+ community share information about which doctors and clinics are welcoming and competent and which to avoid. Finding medical professionals who are themselves LGBTQ+ is a way of increasing the likelihood that a patient will feel comfortable. But many experts stress that being trained in LGBTQ+ health care is more important for a provider than being part of that community.

“The best doctor to go to is someone who’s done the work to understand what it means to be a safe, affirmative practice,” said Jessica Fish, director of the Sexual Orientation, Gender Identity and Health Research Group at the University of Maryland.

Many health plans allow enrollees to search for providers who have such training but don’t identify which ones are part of the LGBTQ+ community themselves. Deciding to self-identify to patients or colleagues can be difficult and often depends on a provider’s circumstances.

“There are multiple variables that contribute to one’s comfort level and decision whether or not disclosure is safe for them,” said Nick Grant, a clinical psychologist and president of GLMA: Health Professionals Advancing LGBTQ Equality, formerly the Gay and Lesbian Medical Association. “In different areas of the country, it depends on what the climate is. National politics have influenced those conversations.”

Grant said the debate over transgender laws in conservative states like Florida and Texas has a chilling effect on doctors across the country, making them less willing to come out. In contrast, the moves toward culturally responsive networks being made by Colorado, he said, help signal that the state is much more protective of LGBTQ rights.

“I’ve never seen anything similar in the other states,” he said.

The new data collection requirement will apply only to Colorado Option plans, which become available in 2023 and are likely to enroll just a portion of the more than 200,000 people who purchase plans through the state’s health insurance marketplace. But state officials hope that health plans will use some of the same network-building strategies for their other plans.

Colorado’s approach has caught the eyes of other states. And as part of a new federal health equity initiative, the Centers for Medicare & Medicaid Services recently announced it would collect more demographic data — covering race, ethnicity, language, sexual orientation, gender identity, disability, income, geography, and other factors — across all CMS programs, which cover 150 million people.

“We have learned from bits and pieces of what other states have been doing and what the national leading experts have been talking about in terms of health equity and cultural competence, and we have synthesized that into something that we think is really leading the nation,” said Brown, the Colorado affordability programs official. “People are going to look at Colorado as an example.”

KHN (Kaiser Health News) is a national newsroom that produces in-depth journalism about health issues. Together with Policy Analysis and Polling, KHN is one of the three major operating programs at KFF (Kaiser Family Foundation). KFF is an endowed nonprofit organization providing information on health issues to the nation.