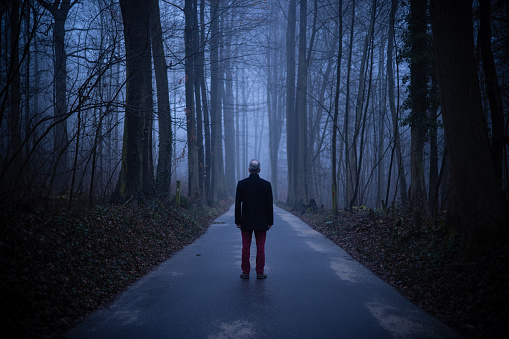 As Oregon’s suicide numbers decline, a Washington County suicide prevention specialist points to bystanderism as a key element to keeping those numbers down.

Oregon had the nation’s 13th highest suicide rate across all ages in 2020—an improvement from the year before, when the state was ninth in suicide deaths, according to the Centers for Disease Countrol and Prevention’s suicide mortality data.

Washington County Department of Health and Human Services Suicide Prevention Program Coordinator Zev Braun said bystanderism is universally recognized as an effective method in training suicide prevention professionals. It equips them with skills necessary to identify, refer, and treat people at risk of suicide, he said.

“[Bystanderism is] the ability of members of the general public to identify potential warning signs of suicide, act by asking questions, and support the person,” Braun said. “And then knowing how to refer them to professional help.”

Other effective methods of prevention include reducing access to lethal means for suicide for people who have elevated risk factors. This includes locking firearms and medications up—or entrusting those medications and firearms to trusted friends or professionals—as well as creating safety plans, Braun said.

“And improving the coordination of different public and private agencies that operate in the social service, health care, and public safety spheres, so people with elevated suicide risk don’t slip through the cracks and not receive the support they need,” he said.

Several other factors have contributed to Oregon’s decline in suicide rates, on both county and state levels, Braun said.

“Some have focused on improving access to mental health care, others on increasing the linkage between law enforcement/EMS and mental health first aid,” he said. “And still more on increasing training opportunities for community members and people in their workplaces to learn basic suicide prevention skills.”

The COVID-19 pandemic also increased awareness of the issue, as it caused unprecedented changes in the way people live and work, Braun said.

According to the recently published Youth Suicide Invention and Prevention Plan annual report, Oregon had success in the reduction of suicide deaths for youths. The number and rate of suicides for residents age 24 and younger decreased in 2020 by nearly 14 percent, from 118 deaths in 2019 to 102 deaths in 2020. The decrease placed Oregon 18th highest in the nation, which was an improvement from 2019 and 2018, when Oregon ranked 11th highest in the nation for youth suicides.

Monitoring youths will be key in keeping the state’s suicide numbers in decline, Braun said. Washington County utilizes a data collection procedure called the Suicide Risk Factor Surveillance System, which can assist with that.

“[We need to] continue having the Oregon Health Authority survey youths through the Student Health Survey, and adults through the Behavioral Risk Factor Surveillance System,” Braun said. “And expand questions in them on suicidal ideation, suicide attempts, access to lethal means, relationship strain, and mental health challenges.”