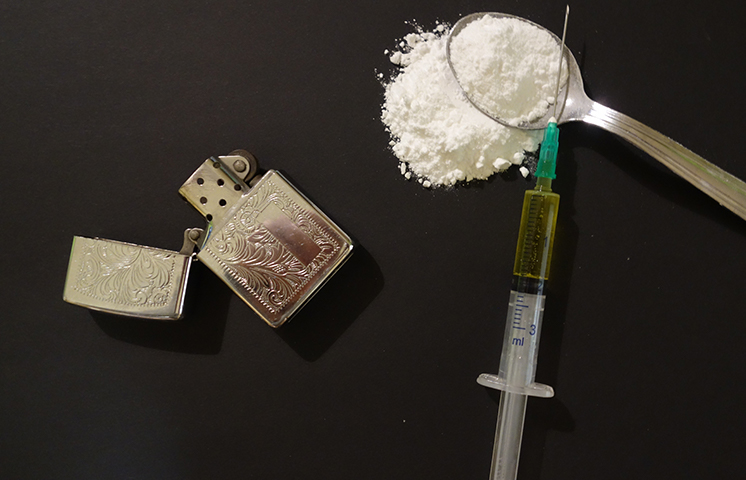 Alaska SWAT cop says drug treatment works, but challenges in getting those addicted to seek it remain

Health and law enforcement officials discussed the severity of Alaska’s drug problem, and how difficult it is to get those addicted to seek treatment, during a meeting Wednesday.

The Alaska Department of Health and Social Services’ Division of Public Health hosted Seth McMillan for an update on the state’s street drug problems during the meeting. McMillan is a member of the Anchorage Police Department’s SWAT/FBI Safe Streets Task Force.

McMillan said the state’s crack cocaine use is now increasing after decades in decline. Powder cocaine use is steady, methamphetamine use is high, and heroin use is high. But the use of heroin mixed with fentanyl is out of control, he said.

“Between that and methamphetamine, they’re in a fistfight to try to destroy Alaska,” McMillan said.

While health care professionals used fentanyl–typically for pain management–for many years, it is now used by drug dealers.

“In our world, we’d been using fentanyl for years the right way,” he said. “But then, here came the wrong way. It is now used to help dealers step on it north of the border to get more bang for their buck. It’s pretty out of control right now.”

After black tar heroin crosses the border from Mexico into the U.S., drug dealers cut it with fentanyl to stretch its use, McMillan said. But the fentanyl has only added to the drug’s addictive nature.

“I’ve got heroin users now who are exclusively seeking out fentanyl because heroin doesn’t do it for them anymore,” he said.

Adverse cardiovascular effects related to heroin/fentanyl use include hypotension, vascular collapse, and endocarditis from the use of dirty needles. Adverse pulmonary effects include respiratory depression/failure and pneumonia.

McMillan was asked if harm-reduction treatments were helpful in treating addicts, based on his personal experiences. He said they are, but there are usually challenges in persuading those addicted to undergo treatment.

“It’s the willingness to take the steps and remove themselves from the environment,” McMillan said. “I’ve met very few who can do that. When you’re talking about introducing people to treatment, they hear [timeframes of] weeks, days, and screening periods. These people are locked in a cycle that doesn’t go beyond a day, because their body is craving something else. Intervention programs are amazing. Getting them to that point takes a pushy person.”