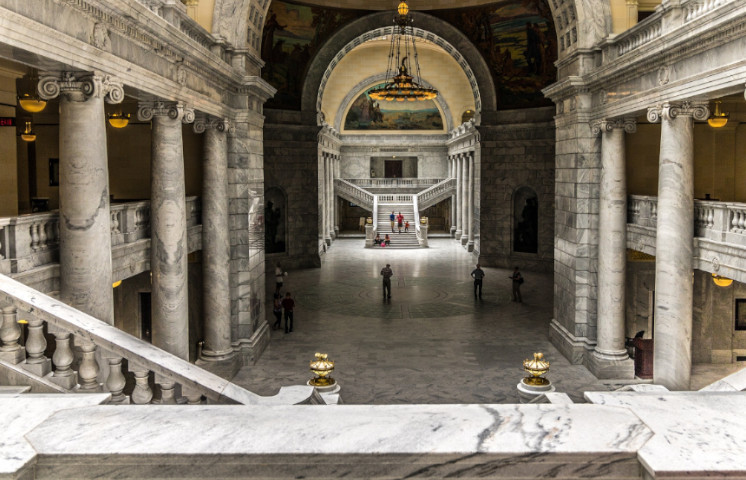 A new Utah bill would allocate $5 million to start a grant program to expand access to mental and behavioral health services for first responders in the state. House Bill 23 was recently discussed in the Senate Health and Human Services Committee after last week’s 74-1 passage in the House.

The bill would set a standard to what mental and behavioral health treatment looks like for first responders, who are going through many traumatic events in their line of work. First responders include police officers, fire fighters, search and rescue, victims’ advocates, wildlife fire fighters, and more.

Rep. Ryan Wilcox (R – North Ogden)—chief sponsor of the bill—said the bill will create a program which will provide funds for hiring occupational therapists to counsel first responders immediately after a traumatic event, and perform check-ins twice a year. This grant program will also support the spouses and children of first responders.

“We are requiring immediate access to treatment when one of our first responders goes through a traumatic incident along with ongoing monitoring, ongoing accessibility for mental health resources throughout their career including after retirement.”

Chad Soffe, Woods Cross City police chief and representative of the Utah Chiefs of Police Association, said first responders have been told to “suck it up and get back out there” for many years after a traumatic event. He said officers would self-medicate and resort to alcohol abuse to deal with the trauma. He said:

“A traumatic event is like a balloon underwater when you are holding it down. You can hold two, but once you have to hold four or five, it all comes out.”

Soffe said times have changed and first responders are willing and able to accept and ask for help when needed. However, instituting a type of program that this bill creates costs at least $3,600 for one department, which is not money that these organizations tend to have in their budget.

He said this bill will begin the much needed work to get programs like this into the budget of first responder organizations, and to continue to work on ongoing funding.

First responders in rural areas of Utah are facing an even greater problem, according to Mike Berg, Parowan police chief. He highlighted the lack of providers and occupational therapists that are located within rural areas in the state, which would make a program like this challenging to implement even with the funding.

However, he said bills like this are necessary to start the conversation to bring more providers to rural Utah. “This will push the effort farther into the future,” he said.

Jack Tidrow, president of the Professional Fire Fighters of Utah, said they have been working on “battling and breaking down their own cultures and stigmas” around asking for help when needed. Tidrow feels that first responders are at that point and need help more than ever.

Here are some other organizations that showed up to support the bill:

The committee voted to give the bill favorable recommendation.