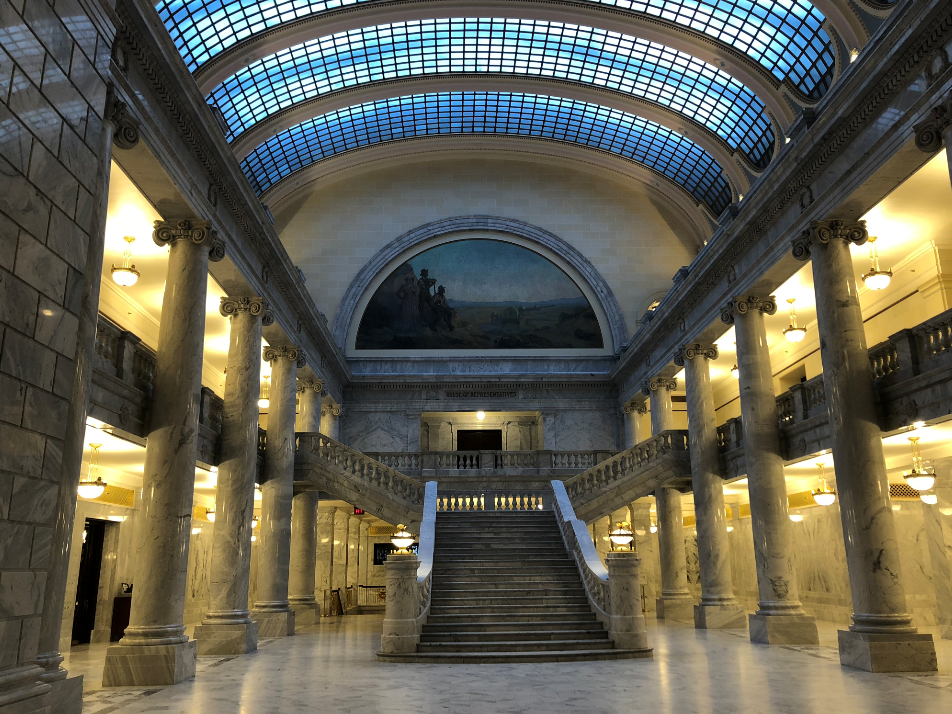 The Utah Legislature’s second special session of 2021 — held earlier this week on Nov. 9 and Nov. 10 — led to the passage of Senate Bill 2004, which allows for exemptions to COVID-19 vaccination mandates on the grounds of medical complications, religion, and “strongly held personal belief.”

State of Reform spoke with bill sponsor Sen. Kirk Cullimore (R – Sandy) about his legislation, its language, and the reasons behind it. The bill was most recently signed by Senate president Stuart Adams and was sent for enrolling.

Though SB 2004 was introduced on Monday, Cullimore says the legislature started working on this months ago, before the new Occupational Safety and Health Administration (OSHA) federal vaccination mandates came to fruition.

Cullimore says most legislators have received phone calls, emails, and other correspondence from constituents and employees who have “legitimate reasons” for their hesitancy and are concerned over vaccine mandates from their employers.

He says the aim was to “thread the needle” to not step on the rights of businesses to enact vaccine mandates, but also respect the rights of individuals to “make medical decisions that are best for themselves.”

Cullimore says they landed on handling the situation much like schools in Utah. In schools, parents and their children can waive their requirement for vaccination on the grounds of medical reasons, religion, and their strongly held personal beliefs. He says schools like the University of Utah have seen success in this strategy with high vaccine mandate compliance rates.

“And so we thought, let’s not prohibit employers mandating stuff, but we just need to provide an avenue to consider those nuances [of the current school exemptions] . So the thought was just to allow for those [same] exceptions. At the end of the day, that is the crux of the bill still.”

Cullimore says to apply for all three exemptions, one just has to provide a statement with their intent to make use of this exemption not to receive the vaccine. He says there is no “interactive process or verification of it.”

“It is pretty wide open … but even [though we are] providing these outs, the message is still clear that most people [should] go adhere to the vaccine requirements.”

The bill also requires employers to pay for testing if the business allows a testing alternative to the unvaccinated. It also prohibits an employer from keeping or maintaining a record of an employee’s vaccination information, except under certain conditions.

Cullimore says the bill also prohibits adverse action against an employee who claims exemption from a vaccine mandate. However, reassignment — like a transfer — does not count as an adverse action, says Cullimore. He also says in a circumstance where reassignment is not an option, there might be an opportunity for termination, but those rules are not yet set.

“While we were trying not to create a new protected class, [we believed] that your medical history and your medical decisions are somewhat akin to a protected class. [When it comes to] somebody’s personal decisions on what they inject, ingest, or any other medical procedure, at some point we have to recognize that an employee is not the property of the employer, and we need to respect those decisions. That cannot be the basis for adverse action in the employment setting.”

“Vaccines are a critical public health tool to keep us all safe, especially during a pandemic.  Efforts to undermine or weaken our ability to ensure we achieve herd immunity are ill-advised. Similar to Governor Cox, I don’t support government forbidding businesses from taking steps to keep their employees and customers safe.  But I would go further and say government should not limit schools and communities from implementing mandates to keep children and families safe.”

The Utah Hospital Association did not respond to a request to comment.

Currently, OSHA’s Emergency Temporary Standard (ETS) is temporarily stayed by the Fifth Circuit, placing the ETS in “legal limbo”. This means SB 2004 is not currently in conflict with any provisions surrounding the current vaccine mandates. Cullimore says if the ETS becomes enforceable, the bill will be in violation of it and the legislature will start making arrangements to be in compliance with the ETS.