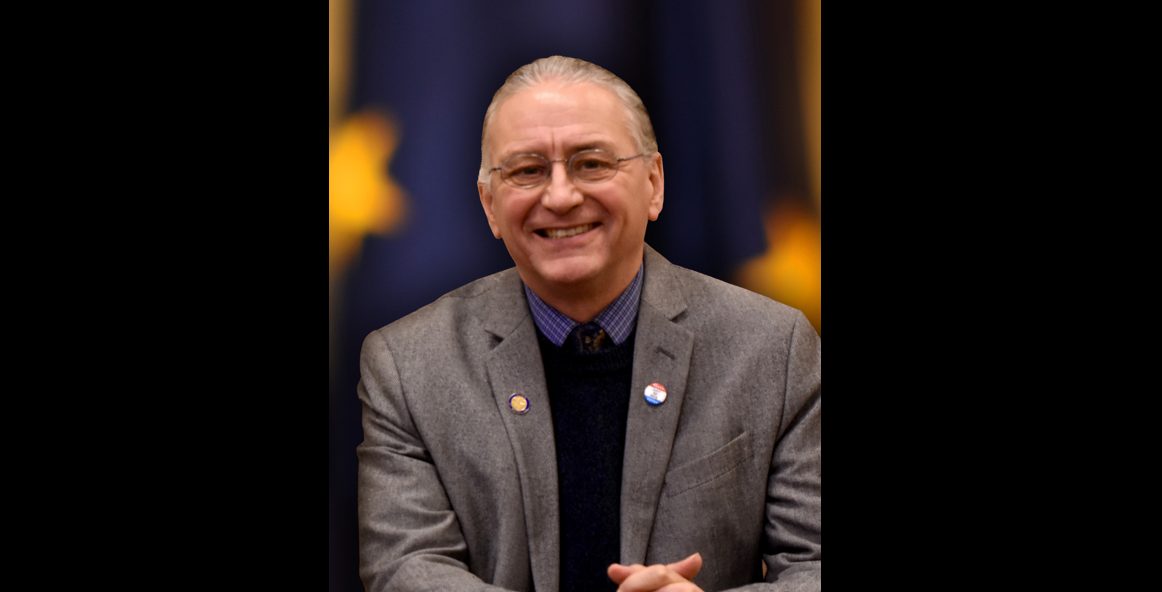 Senator Tom Begich (D-Anchorage) is the senate minority leader and also a member of the Senate Health and Social Services Committee for the state of Alaska.

Begich recently spoke with State of Reform about health care in 2021, and what he’s keeping his eye on for the next legislative session in 2022.

Sen. Tom Begich: “We are under crisis care because of COVID-19 overwhelming our hospital capacity with non-vaccinated people who have been hospitalized as a result of contractions with severe cases of COVID.

We have a terrific strain on personnel as well. In the longer term, there’s a shortage of nursing. It’s a fairly high cost of health care here as well.

We have a first-rate nursing school with a two-year waiting list, which you would think would be enough to take care of our needs. We said no to the school. The [University of Alaska] isn’t at a high enough capacity to do that.”

EK: You mention these strains on health care in the state. Tell me a little more about these.

TB: “The strains in our health care are the strains that everybody is facing around the country. There are not enough nurses being produced. There are efforts to try to find ways to encourage the movement of nurses, but those are really counterproductive since there aren’t enough nurses to start with. We have the same problem this country does, and quite frankly, Alaska is a more remote location that’s not as attractive to recruit people to. Our nursing needs outside of the urban core are for smaller clinics and smaller hospitals … areas that are very removed from population centers, which don’t make them attractive places for people to go. Incentivizing medical care is part of the issue we have to address.

But we have been inconsistent in our support of the WWAMI program at the state level and so it’s just not as robustly used as it could be.”

EK: You mentioned working with the WWAMI program to help bring much needed doctors into the state. Can you tell me a little more about the program?

TB: “We have a university system but we don’t have a medical school in our state. So we work with what’s called WWAMI, which uses funds that we have set aside to subsidize the education of doctors out of state in a consortium with a number of other states. Then those doctors make the commitment to coming back to the state to forgive their loans, but they have to work in the state.

But we are not consistent as a legislature in ensuring the stability of the WWAMI program. I don’t believe we’ve prioritized it enough. So it creates doubt in the minds of those who may want to go on to medical school.”

EK: Where do these WWAMI funds come from?

TB: “The funding for the WWAMI medical program is part of the Higher Education Trust Fund. Essentially, it’s a fund that was set up some years ago. From the interest earned it produces enough to subsidize college bound in-state seniors from around the state. [The fund] also subsidizes the WWAMI medical program. The status of that fund has been put into doubt by actions of the governor.”

EK: What’s the state’s track record for people that participate in this program?

TB: “I don’t have the data in front of me, but it’s somewhere in the 75th percentile of those that apply, successfully complete the WWAMI program, and come back to be medical doctors within the state.”

EK: Shifting to the legislative side of health, are there any particular bills you’re looking at sponsoring in the next legislative session?

TB: “The primary goal is to get the higher education fund preserved so that we have the opportunity to save the WWAMI program. That’s number one. There’s been an effort to get our state into the nurses compact, which I actually oppose, because it doesn’t materially do anything except to lower the wages for nurses, making us a less attractive place to recruit people from out of state. The nurses compact has been killed twice in committee – in the third special session and in the regular session it was killed in the Senate. The governor has been pushing for the bill.

The other bill that likely will gain some traction will be the ending of our certificate of need program, and it’s less clear what’s going to happen with that program. We have a certificate of need required before you build a new medical facility. The split dilemma is that there’s a perception that the removal of the certificate of need will lead to an expansion of health care opportunities. Certainly in the areas where there’s a market, which is the urban areas, but it will also have a negative impact in our more rural or semi-rural communities. We have small hospitals that are barely making it according to our hospital association. Most of those hospitals are on the verge of being unable to pay their bills, and with Medicaid payments being delayed from the state, it has a significant impact on their ability to maintain employment.”

EK: What’s the biggest priority for health care, legislatively speaking, heading into the next legislative session?

TB: “In the immediate term, given that we’re still within the pandemic, [the biggest priority] is to get people to actually believe in science. I think that’s going to be my most immediate concern. If we don’t deal with the reality around scientific treatment for medical illnesses, we have a bigger problem than whether or not we’re staffing. Deal number two is going to be ensuring that we protect the WWAMI program so that we can protect our influx of doctors and our ability to train our doctors. The third is ensuring that we have an expanded nursing school. Those are the things we have to be focused on right now.”

EK: What’s your confidence level with the legislature’s ability to pass health care legislation heading into 2022?

TB: “My fear is that we’ll address some [pieces of legislation] foolishly and without the benefit of actual medical science. I guess my confidence level is mixed.”