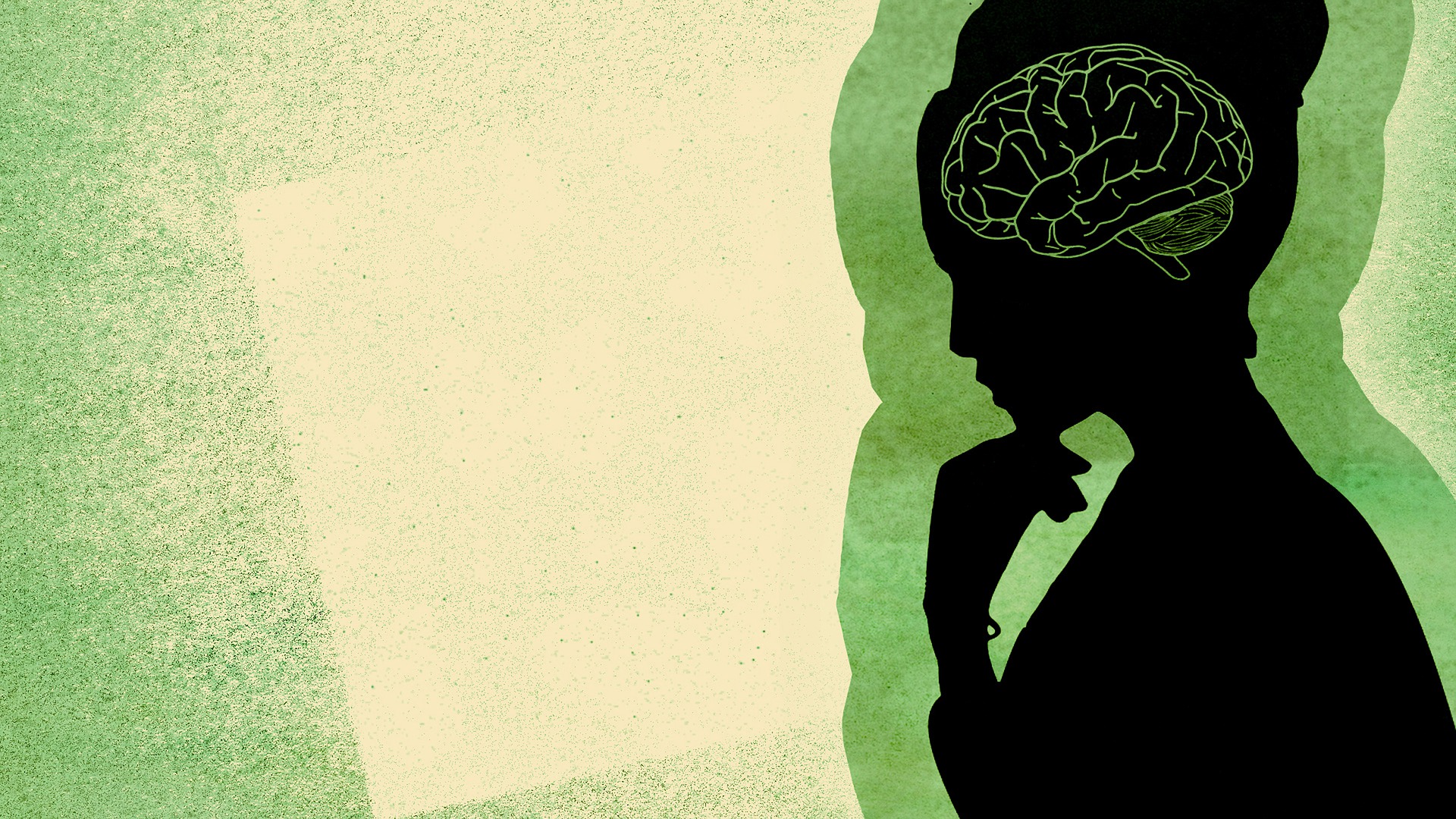 Robert Sheehan is the executive director of the Community Mental Health Association of Michigan (CMHA). CMHA works to support their members in community mental health centers across Michigan by “informing, educating, and advocating for mental health, emotional disturbance, intellectual and developmental disability, and substance abuse disorder.”

In this Q&A, Sheehan discusses the behavioral health and physical health integration bills in the legislature and how they would logistically affect community mental health centers. He also discusses the many problems he sees with both the House and Senate plan. CMHA supports neither plan.

Patrick Jones: In the legislature, there are two bills around behavioral and physical health integration — one in the House and one in the Senate. What are your thoughts on those? What important characteristics do they both share? What goes through your mind when thinking about those legislative plans?

Robert Sheehan: “They’re really quite different plans. The Senate Bill is really a privatization of the managed care function. In Michigan, the managed care role for Medicaid managed care for behavioral health is run by 10 public health plans that are actually formed and governed by the CMHCs (Community Mental Health Centers). They’re quasi-governmental because they’re formed by the CMHCs. They’re bound by the insurance code and actually bound by the mental health code. So, those Senate Bills actually moved all that $3.5 billion from the hands of those public plans into private plans.

So, we have deep concerns about the private plans that have much higher overhead. They don’t understand our business very well. I mean, they’re really good at [managing the physical and primary care], but all the non-traditional services that we offer — all the home based care, all the wraparound care, providing peer services, etc., — that’s all foreign to them.

However, the House bills would return the payment of Medicaid directly to the state. So there’d be a fee-for-service provider with [Administrative Services Only (ASO)] attached to it — that the state would purchase the services of. [The ASO] would manage the claims payment, the authorizations, billing the network out, etc. And that ASO relationship on the side of the house would not be a risk bearing partner, it would be only a vendor. So they’re very, very different.

The house bills have some hope. There are some parts in there that actually we would support and that make a lot of sense, as long as they are willing to understand the centrality of the role of the CMHCs. Whereas the Senate bills actually decimate the centrality of their role, and it makes a CMHC just one more provider. In Michigan, the CMHCs are far more than that. They are conveners of care, they’re safety nets, and they’re like a public utility. They are [also] paid on a capitated basis now. So the money comes every month and the clinical creativity we’ve seen is eye popping. That would go away [if we] go back to the fee-for-service systems.”

PJ: What is the status of the behavioral health and mental health systems in Michigan now, given that these bills are attempting to completely restructure the system?

RS: “The system we have in Michigan is really one of the more advanced. We’re the only state in the country running a publicly managed care system for behavioral health. And it’s all for populations [like] adults with mental illness, kids with emotional disturbance, adults and kids with [Attention-Deficit Disorder (ADD)] and adults and kids with [Substance Abuse Disorder (SUD)]. We’re also the only state in the country that funds its members on a capitated basis, and a non-fee-for-service basis. And then, the CMHCs are providers, gatekeepers and conveners. It’s a unique role. In some states they’re only a gatekeeper, and in some states, they’re only a provider. In Michigan, they do both. So that’s the strength of the system.”

PJ: What are some of the pros and cons of these House behavioral health and physical health integration bills?

RS: “We actually favor that, [but] we don’t support it. Some of the pros are [that] it would help get the state to realize it really has an obligation [to provide behavioral health]. Next, currently, the Medicaid behavioral health care benefits B-Z, meaning everything except outpatient psychotherapy and outpatient psychiatry for mild moderate clients is on the CMHC side. The private health plans manage an outpatient office based psychotherapy benefit and office based psychiatry from mild to moderate. That’s been confusing for people. So the patient has to understand, ‘am I mild to moderate or am I not?’ This would move that benefit into the CMHC benefits, which is a big change. We [want to] say, ‘if you’re a person with a Medicaid card, you just show up at this provider, they do it all.’

The cons are that it’s going back to a fee-for-service system, which we think is a step backwards in payment. The whole country is moving towards APM (Alternative Payment Models) and this course goes backwards. Secondly, there is a concern that if you hire the wrong ASO who doesn’t understand behavioral health, they could end up being more restrictive than our current system, and actually not paying.

[Next], there is a strong Consumer Advisory Group [that] we don’t think has enough teeth. Without teeth, the advisory group is just that. So we would recommend that if you’re going to run a quasi-public centralized, or at least unified or standardized system, that you have more of a governance that has consumers per person served on it. [Also the bill will] centralize everything. We don’t think you need to centralize to standardize. We found that you can have autonomous, locally driven systems with a standard of care.”

PJ: What are some of the pros and cons with the Senate bills?

RS: “We can’t see a single pro. So the cons are [that] the health plans have an overhead rate about two and a half times our public healthcare system. And it’s not surprising, they draw profit out of it. They pay a whole lot more, and they have a lot larger staff to run it. Ours is run like a human service agency and has been doing really well. Secondly, they don’t understand our business very well. We’ve seen it happen in a benefit that they do manage — mild to moderate benefits. If you have Medicaid card, best of luck trying to find a psychiatrist who will take your card who’s not on the CMHC staff, and best luck trying to find a psychotherapist with the new bill, if implemented. That is, for us, a preview of what it’s going to be like in the future.

Under the Senate Bill, you’d have low [reimbursement] rates, and everybody falling back to the CMHCs for care. At that point though, the CMHCs wouldn’t have any money because health plans aren’t used to buying the comprehensive services that CMHCs are offering. Because CMHCs are the safety net, by law we have to do a lot of things like person centered planning 24/7 care, and that’s not really true for private providers. They can choose a client if they want to.

Our system also has an incredible performance history. When people make complaints about our system, they are talking about access issues. As we research them, there were almost always access issues that were actually not in our system. The mild to moderate benefit folks think the issue is just with Medicaid and it must be a CMA. [However], it is always for the commercially insured. Commercial insurance typically pays for outpatient psychotherapy and psychiatry orientation, but it doesn’t pay for all the stuff in between that a lot of families want. They want wraparound, residential, or drop in, but you can’t get that commercial insurance. People come to our system asking if they can buy it from us since the insurance companies won’t pay for it. So, the client feels locked out.”

PJ: What are some of CMHAM’s recommendations for fixing the behavioral health system and integrating it into physical health?

RS: “Though both bills say they are about health care integration, they are not. Health care integration is … on the ground where the patient and client is served. There’s over 600 integration care projects that our members lead. We are proposing that they be incentivized. The state could certainly pay incentive payments — like you’d pay for other performance standards — to grow some of that.

Second is there’s something in Michigan called certified community behavioral health centers (CCBHC). The state started Friday [its] first demo project. It’s opening with 13 sites across the state. There are currently 33 sites, so there are 20 additional sites that are in the pilot phase, and they’re what’s called an expansion grant. So they can certainly bring all those other sites in as CCBHC is in the coming years.

The other thing we hear about is lack of access for non-Medicaid enrollees. There’s still a lot of people who aren’t insured in Michigan. So we would like the state to restore the $200 million that comes from our system back when Michigan expanded Medicaid in 2015. They had to find savings to get the votes they needed to fund it, so they cut our system. But you want the $200 million because a lot of people show up in a CMHC and they can’t get the service that they used to get if you don’t have a Medicaid card.

The last thing patching is just the comprehensive nature of crisis care. So, 988 —  the new national line —  is coming on board. But we want to link that with not only these psychiatric residential treatment facilities, but also crisis stabilization units where somebody can stay up to 72 hours. Currently, they can be treated for 72 hours, have their medication change, and they can also be forced to stay. Currently in a crisis system, people can come in, but they can’t be kept against their will. There are times where a person should be kept against their will. So instead, what happens now is they’re sent to a hospital to be kept against their will. Well, so those people could have been treated right in their community for a day or two and gone home that evening, but weren’t allowed to leave… But there are times when there are certain persons who stabilize and can go back to normal life.”